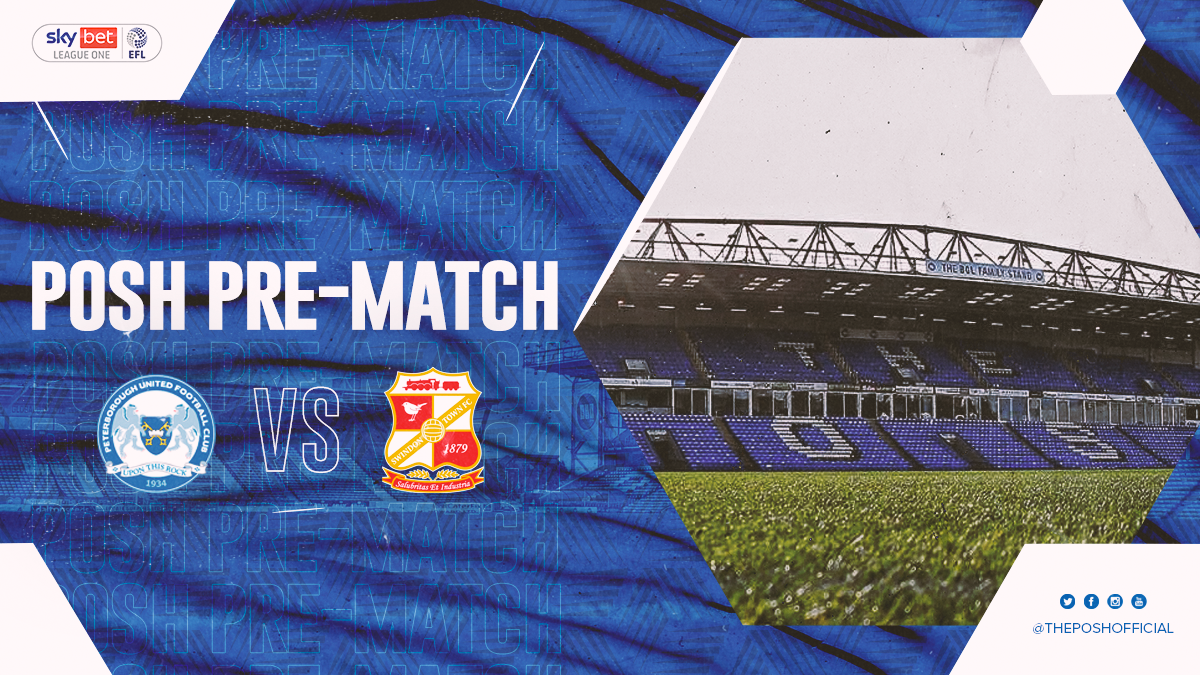 Plenty of content within our pre-match show, which kicks-off at 1.50pm across the club’s social media channels.

The Peterborough United pre-game show, in association with Mick George, will get underway at 1.50pm with plenty of content to get you excited for today’s Sky Bet League One fixture with Swindon Town at the Weston Homes Stadium, which is live on iFollow.

The show, which is available on the club’s Facebook, YouTube and Periscope (through Twitter), will feature an exclusive interview with youngster Flynn Clarke, following his first international call-up this week.

The interview, which is in two parts, features his international aspirations, keeping fit during lockdown and pre-season and his start to the campaign, which has yielded a first start for the club and a first goal in Posh colours.

In association with ABAX, we bring you a live interview with manager Darren Ferguson to discuss the team line-up and we also bring you his pre-match press conference as he discusses today’s opponents Swindon Town.

We speak live to club statistician Mick Robinson with the club currently on 3,999 league goals and bring you all the details of how you can watch today’s game on iFollow. We also look back at the 2-1 victory over Fleetwood Town.