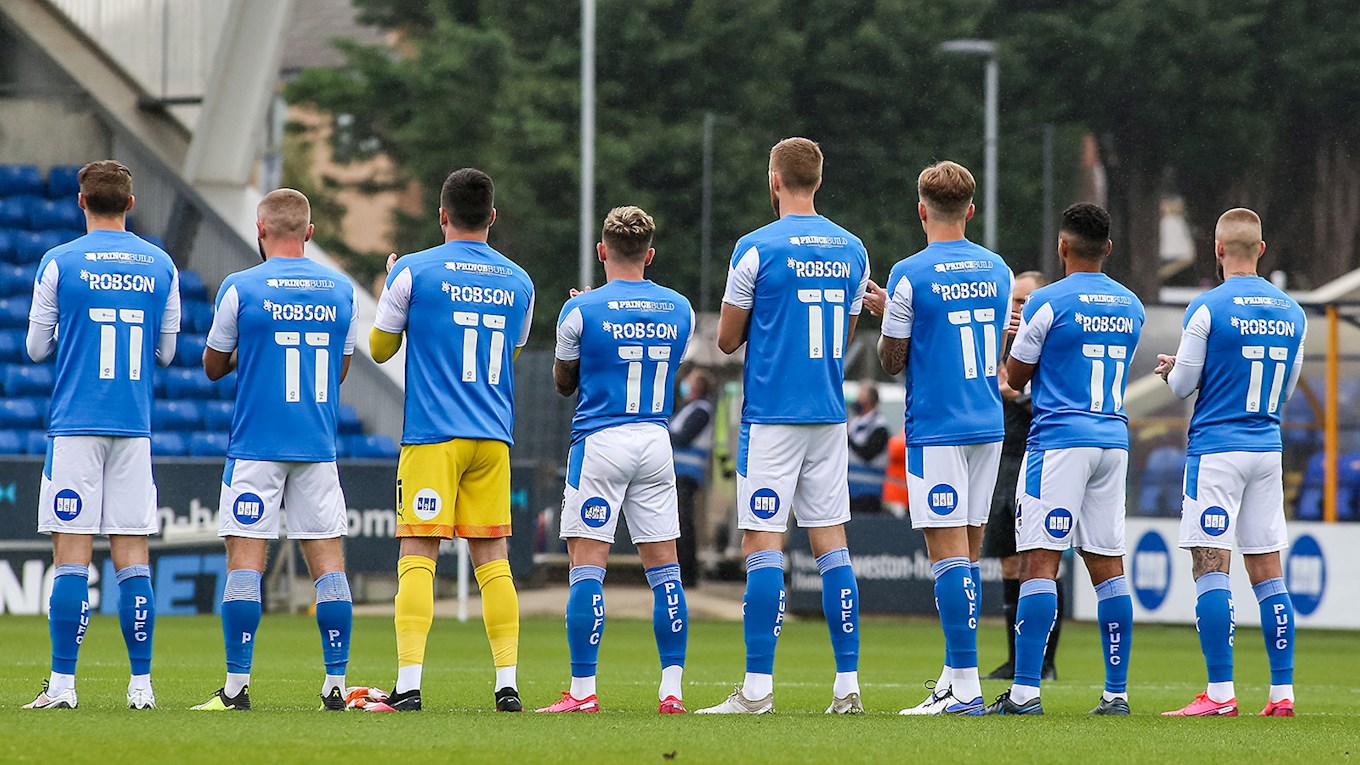 Ahead of kick-off on Saturday, the Peterborough United starting line-up wore special shirts with ‘Robson 11’ on the back, with the front featuring ‘Tommy Robson on the Wing’ around the crest and those unique 11 shirts are going to be auctioned with the money raised donated to the Tommy Robson Statue Fund.

A committee has been put together for the project to erect a statue at the Weston Homes Stadium with fundraising projects already in the pipeline. Princebuild, the club’s back of shirt sponsor, have already pledged £2500 towards the fund.

The 11 shirts, which were worn by the players who started the Sky Bet League One victory over Oxford United, are available to bid for now via a ‘blind auction’. A blind auction essentially allows you to bid whatever you like with the top 11 bids received allocated a shirt.

You can bid for a shirt now by emailing auctions@theposh.com leaving your name, contact details and the size of your bid. The closing date for the auction is 11.59pm on 30th October 2020.