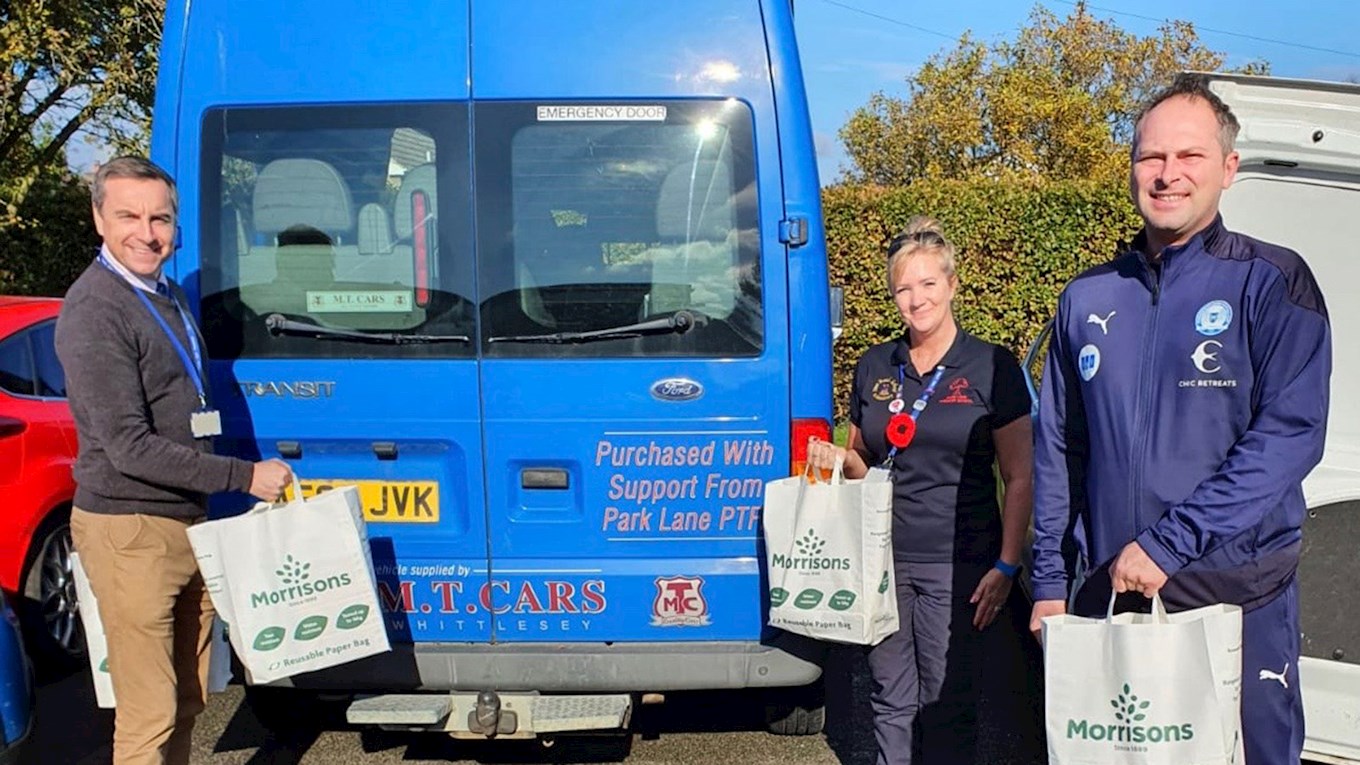 The Peterborough United Foundation, the charitable trust of Peterborough United Football Club, have addressed issues with local schoolchildren being hungry over the October half-term.  This school holiday almost 200 children have received food parcels containing a range of nourishing items to cover the week break, where children are not receiving their usual free school meal.

The issue of children being hungry over school holidays and over lockdown has been highlighted in the media by Manchester United and England footballer Marcus Rashford, and his campaign to tackle this concern with MP’s.  The idea developed from new Foundation CEO Gill Wignall and following discussions with supermarkets Morrisons and Asda, the project plan was devised.

Gavin Slater, Community Manager from the Peterborough United Foundation said “Seeing Marcus Rashford’s campaign and knowing many children, that we work with on a regular basis, were likely to be going hungry over half-term, we decided to donate food packages to the most vulnerable.  We spoke to our partner primary schools and identified nearly 200 children to receive the parcels.  We must thank both Morrisons and Asda for their support to make this happen and also Peterborough charity Food For Nought, without their generosity it would not have been possible to feed so many.”

Many grateful children took their packages home on the last day of term, but packages were also delivered, by the Foundation, to the children’s homes.  In Whittlesey, Executive Headteacher of Park Lane and New Road Primary Schools, Rob Litten and PE Co-Ordinator Janette Bowden, delivered the packages to the recipients homes, on the first day of the holiday.  Bowden commented  “This is going to be a huge help to lots of our families within both our schools. Some of these families have been hit by losing jobs and being on furlough.  This also shows a great support from the schools to our families to really show them that we are there for support. We have worked with the Peterborough United Foundation on a number of activities and projects and thank them for supporting our families out of school time.”

Foundation staff spent half a day assembling the parcels of cereals, pastas, fruit and other items, with excess items donated to Peterborough charity Millfield Community Fridge, who will distribute the items on the Foundation’s behalf to grateful local residents in need.

Slater added “We have had great support from our primary schools and their staff.  It is so pleasing to see how successful the project has been and how the packages have been so well received.  We hope to offer similar packages for other school holidays and increase the number of packages offered.”