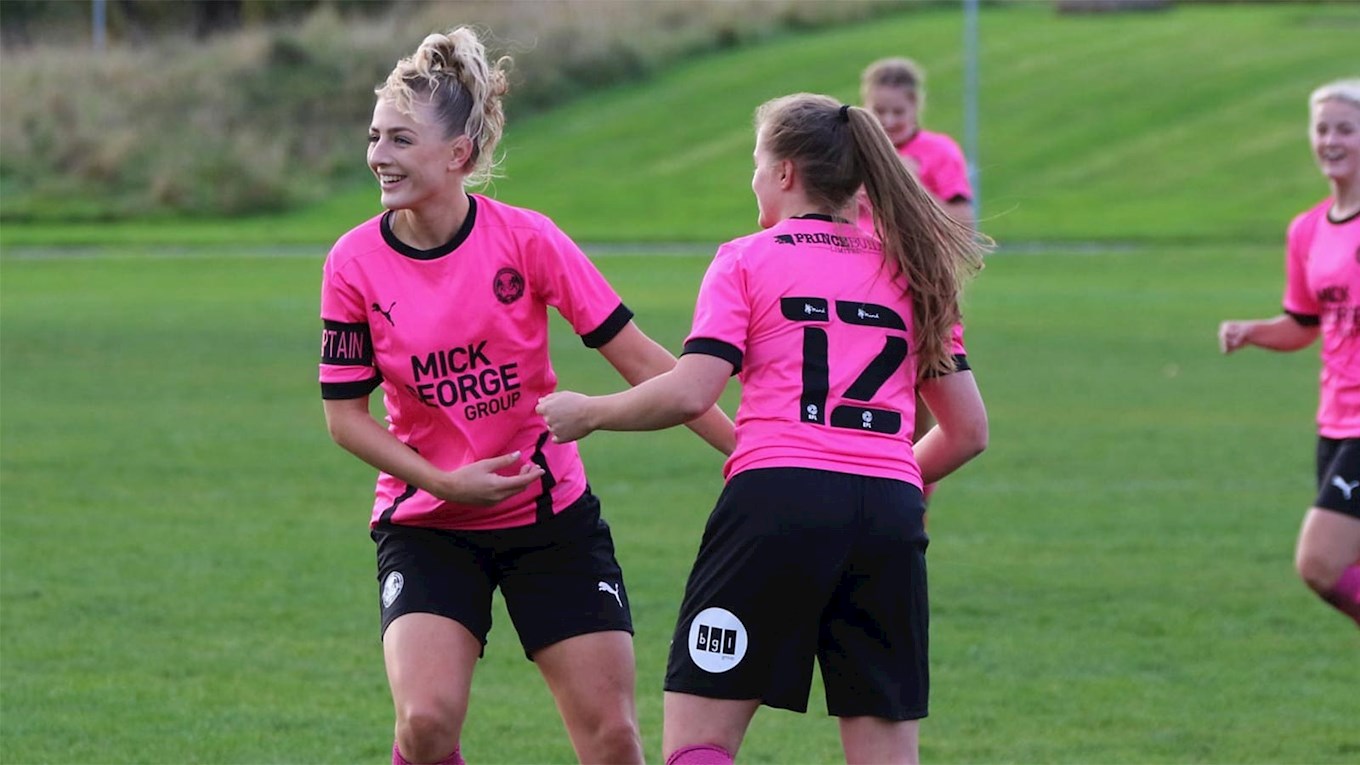 Posh held to a 2-2 draw at Woodlands Ladies with skipper Keir Perkins entering the record books.

After the highs of last week’s league win against Rotherham United, Posh Ladies were back on the road again. The opponents were Woodlands Ladies who were attempting to put their first league point of the season on the board.

A strong sideways wind across a narrow bobbly pitch is not the recipe for a classic passing match and so it was to prove.Plenty of midfield action in the first 22 minutes created very little in front of either goal as both sides tried to gain control of the match. It was Woodlands though to make the breakthrough on 23 minutes when a free kick from outside the box went over Sophie Powell’s head into the net.

The scores were levelled on 36 minutes when a pass back out of the box found O’NEILL who struck an excellent effort into the bottom corner of the Woodlands goal. Woodlands stock play of the ball over the top was causing problems for the Posh defence and on 47 minutes Woodlands restored their one goal advantage.

On the hour Posh again struck back and it was a landmark goal. Amy Challis found striker Keir Perkins on the edge of the area, PERKINS got a shot away and a cruel bounce took it over the Woodlands keepers head for the equaliser. The goal was Perkins 100th league goal for the club and was enthusiastically celebrated by her team-mates.

This was no classic by a long way and although Posh pressed they were unable to create enough chances to convert for a winner and the game played out to a 2-2 draw.

Posh are back at home at the Mick George Training academy on Sunday 1st November 2020 when they host Kettering Town Ladies in East Midlands Premier League.

Peterborough United Ladies Reserves made it three out of three wins with an excellent 4-1 win against Northampton Town Ladies Development. Callie Tancred opened the scoring in the 25th minute to make it 1-0 with a fierce left footed shot that the opposition goalie couldn’t hold. Sasha Tristram made it 2-0 in the 30th minute when she was played through and scored with a fierce right footed shot that the goalie couldn’t reach. On 45 minutes Aliyah Palmer made it 3-0 with a left footed shot that flew past the opposition goalie.

In the second half Northampton Town Dev started the stronger but it wasn’t until the 73rd minute that they got their rewards with a fine strike from their striker whose right footed shot flew high into the net to make it 3-1. Posh continued to press forwards and on the 91st minute Emily Smith made it 4-1 with a wonderfully struck right footed shot that sailed into the top left-hand corner of the net. This was another battling performance from the Reserves against a technically accomplished Northampton Town Development team.