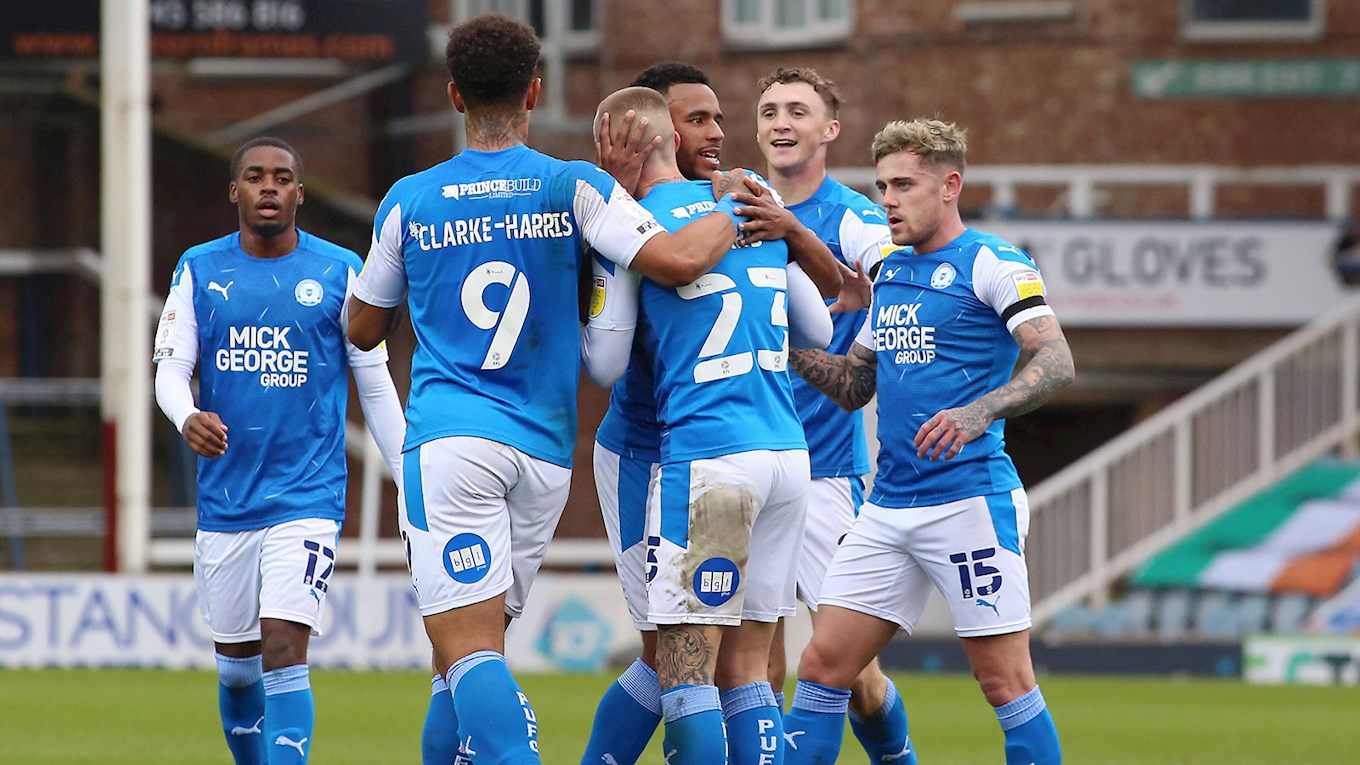 Posh chalk up another home win and are closing in on a club record after a 2-0 victory over Oxford United.

Peterborough United recorded their third straight league victory after a 2-0 home success over Karl Robinson’s Oxford United at the Weston Homes Stadium with Joe Ward and Siriki Dembele on target, the 13th different scorers for Darren Ferguson’s men in all competitions this term.

Jonson Clarke-Harris had two half decent opportunities within the first five minutes, both from deliveries by Joe Ward, the first a header went wide of the near post and the second effort was wide with his right-foot.

Simon Eastwood produced a fine stop to keep out a fierce drive from Ward on seven minutes after a glorious pass from Taylor picked him out advanced on the right-hand side. Oxford skipper James Henry fired over from the edge of the box on the half volley on the quarter hour mark as the visitors launched their first attack.

Clare was cautioned by the match official for a foul on Dembele on 22 minutes. Ward followed him in the book for a foul as the visitors broke at pace on the counter-attack. Ruffels curled a shot just over the crossbar on 28 minutes for Karl Robinson’s men.

Ward, a continual outlet on the right, cut inside and fired wide with his left-foot on 34 minutes as the rain began to fall steadily at the Weston Homes Stadium. Christy Pym produced a fine stop with his legs to keep out Henry on 38 minutes after a poor pass from Dembele was intercepted by Matty Taylor.

Pym was at it again moments later as a corner reached Agyei, he took a touch and then toe-poked the ball towards goal with the Posh shot-stopper doing well to react with his legs. Those saves were made to be even better moments later as a wonderful pass from Taylor picked out WARD who took two fine touches before lobbing the advancing keeper to give Posh the lead.

Dembele was denied by a strong push over by goalkeeper Eastwood moments after the re-start after good pressing from Butler on the far side. Pym had two further saves to make moments later after errors in possession with Sykes and Agjei both seeing low drives kept out by the former Exeter City custodian.

Ruffells headed wide from a corner kick after being left all alone in the penalty area on 55 minutes as the visitors began to turn the screw. Henry was booked for a foul on Taylor in the centre circle on 57 minutes. Posh doubled the lead on 65 minutes, Posh pressing high, Szmodics nearly nicked it, ball fell to Ward, he advanced and squared for DEMBELE who did the rest, drilling low through the keepers’ legs.

The goalscorer was then booked for a foul by referee Carl Boyeson before Oxford made a double change with Sam Winnall and Rodriguez introduced by Karl Robinson. Eastwood produced a fine stop to keep out Kent before the follow-up from Clarke-Harris from a ridiculously tight angle found the side-netting.