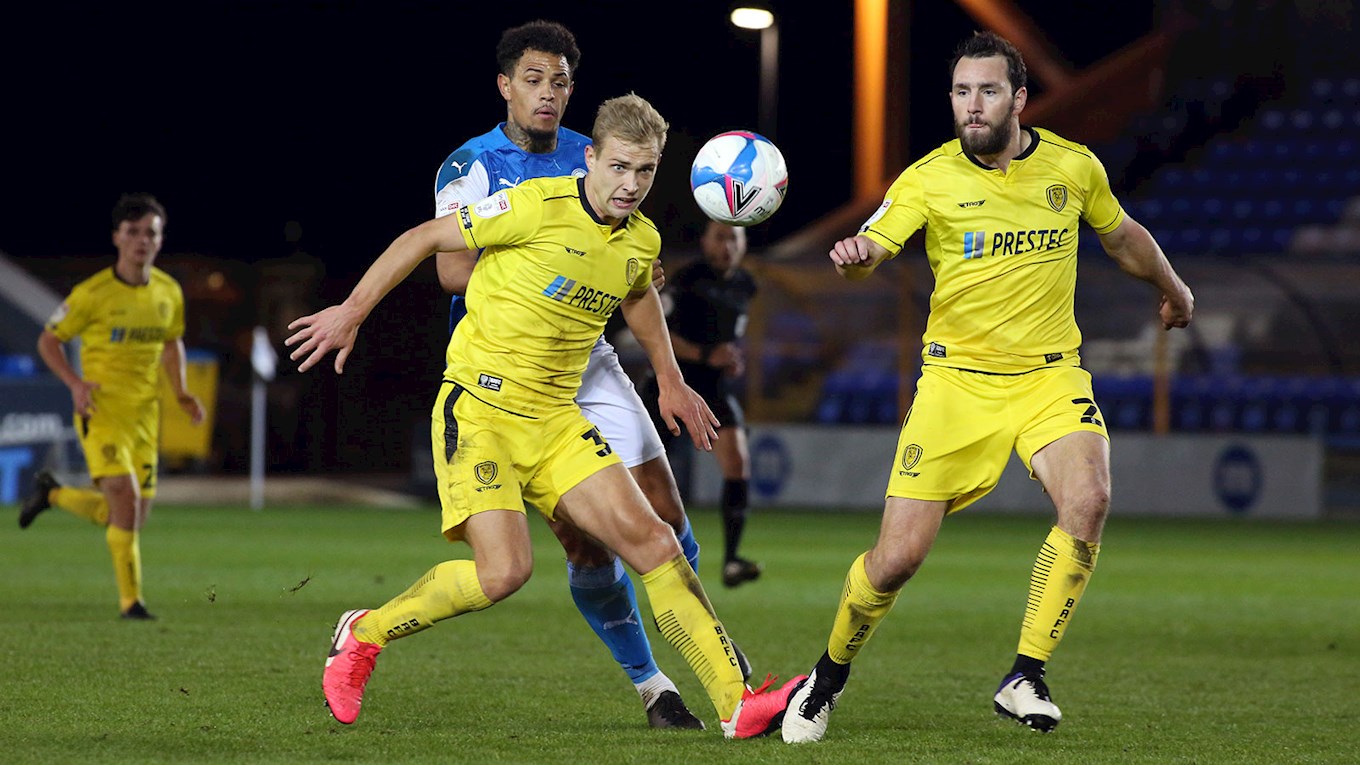 Posh and Burton Albion share the points after four goals at the Weston Homes Stadium.

Peterborough United and Burton Albion couldn’t be separated in 90 minutes for the second time this season, this time a double from Kane Hemmings earned the Brewers a point following an entertaining 2-2 draw at the Weston Homes Stadium.

After a quiet start to proceedings, Posh found the breakthrough on 10 minutes, a volley from defender Frankie Kent from the edge of the box, superbly diverted past Kieran O’Hara via the head of the in-form Jonson CLARKE-HARRIS for his fifth goal of the campaign.

Posh could and perhaps should have been given a spot-kick on 17 minutes as Kent was sandwiched in the box by two defenders but referee Mr Howard waved the protests away. Niall Ennis saw an effort cleared pretty much from his own goal-line by Kent on 24 minutes as the Brewers manufactured some space down the right-hand channel.

Ward whistled a shot inches past the post on the half hour mark after good work in midfield from Jack Taylor. Burton levelled the scores moments later, a well worked move finished off superbly by Kane HEMMINGS.

Hemmings saw a swerving effort from 25-yards shovelled back out by Pym but the rebound was fired over the top by Lawless. Ennis screwed a shot wide a minute into stoppage time before the half-time whistle brought an end to the opening period.

Moments after the re-start, Kent smashed a header against the post from close-range after a good cross from Ward. Posh were awarded a spot-kick seconds later as Beevers was upended in the box, Clarke-Harris saw his spot-kick parried by O’Hara but WARD was there to follow-up against his favourite opposition.

Beevers produced a superb block to deny Hemmings after the striker had got in behind the Posh back-line following an excellent pass from Lawless. On the hour mark, Burton drew themselves level again, the initial effort cracked against the post, but HEMMINGS was there to tuck home the rebound from close-range via the inside of the post.

Ward saw a freekick superbly kept out by O’Hara on 62 minutes after a foul on Dembele. Ward curled another free-kick inches past the upright five minutes later after Dembele was upended yet again.

Ward cracked another free-kick over the wall on 75 minutes, this time the crossbar came to the rescue for the visitors with substitute Broom unable to keep his header down. Burton struck the crossbar themselves on 79 minutes as a fierce drive from Edwards rebounded back off the woodwork, Pym actually getting a fingertip to it, a stunning save.

Substitute Broom squandered a fine opportunity to put Posh in front on 83 minutes after racing onto a Dembele pass but he skied his effort over the crossbar with only the keeper to beat.