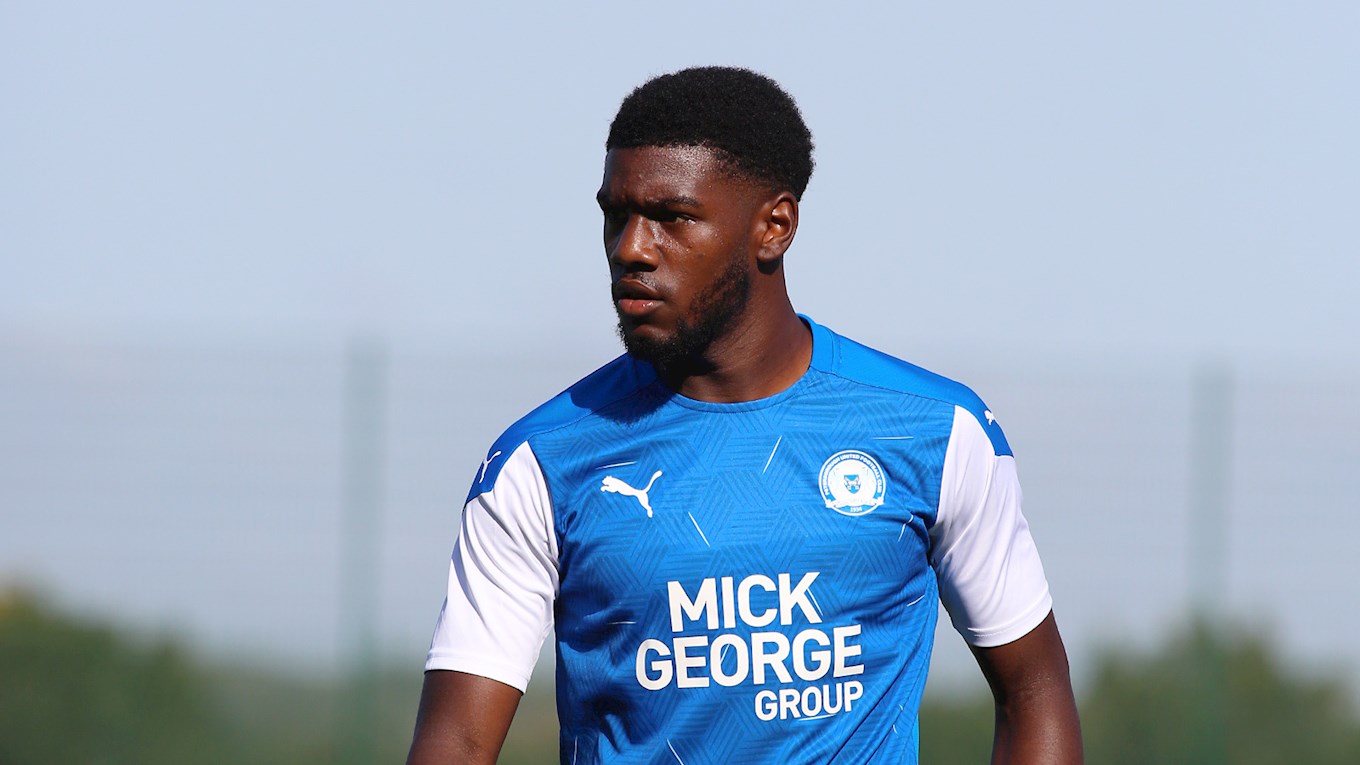 The Posh under 18s beat AFC Wimbledon 1-0 at the weekend.

The Peterborough United under 18s recorded a deserved three points on Saturday morning as a solitary strike from Shaun Keane secured a 1-0 victory over AFC Wimbledon at the Mick George Training Academy.

Matthew Etherington’s men put in a good performance, particularly in possession, against the visitors and created a number of opportunities but failed to build on the lead given to them by Keane’s well-taken effort following an eye-catching team move.

“Certainly in possession, it was the best we have played so far in the league, it was back to what we were producing in pre-season, which was pleasing. We just didn’t take our chances, we had one or two really good opportunities where our final ball was lacking and that is certainly an area that we need to get better at.

“However, as a performance on the whole, I thought it was an improvement on what we have seen in the last couple of weeks. Shaun took the goal well after a good flowing counter-attack move and he has demonstrated he has that aspect of his game,” Etherington said.

Posh under 18s have been drawn away at either Newmarket Town or Billericay Town in the first round of the FA Youth Cup. Those two teams will play their fixture on Wednesday evening with a date set to be pencilled in within the next two weeks for the first-round tie.

Southend United will provide the opposition in the first round of the Youth Alliance Cup with that game set to take place at the Mick George Training Academy on Tuesday 27th October.