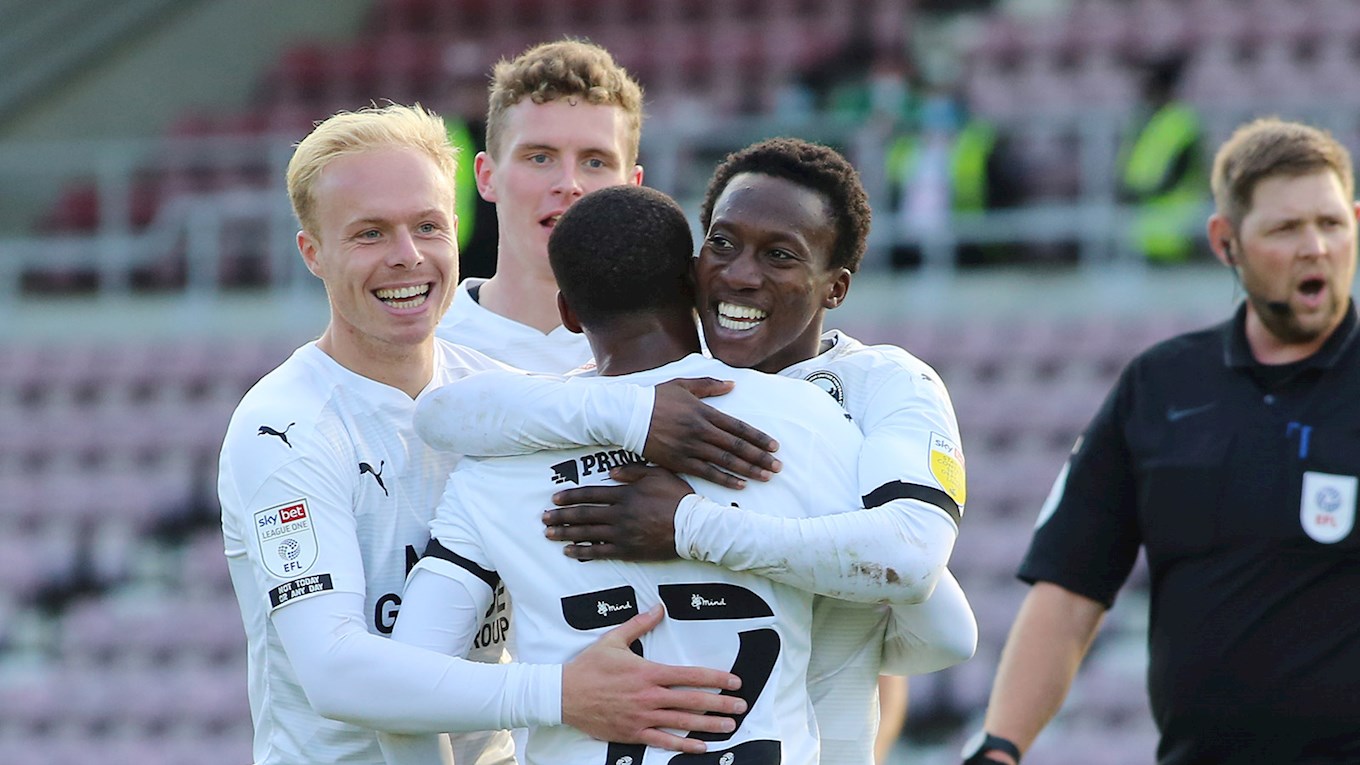 Sammie Szmodics saw a left-footed effort kept out by Steve Arnold inside the opening two minutes, but in truth it looked a tough chance from a tight angle. Goalkeeper Arnold was called upon again on eight minutes to keep out a stinging drive from Siriki Dembele from 25-yards, the keeper beating the ball away for a corner kick.

Jonson Clarke-Harris sent an ambitious effort from 35-yards over the crossbar as the game reached the 15-minute mark. Christy Pym was called upon to make a smart stop to keep out a powerful effort from former Mansfield Town front man Danny Rose, beating the effort away from danger after the striker let fly from distance.

Pym produced a superb stop to keep out a clever flick from Hoskins on 24 minutes while at the other end, Nathan Thompson saw a side-footed shot booted away with the legs of Arnold. Clarke-Harris saw a header from a Butler cross well held by Arnold after good approach play from the lively Dembele.

Posh found the breakthrough on 33 minutes as a fine pass from Dembele picked out the overlapping THOMPSON and he took a touch before firing low into the bottom corner for his first goal in Posh colours. Arnold produced a stunning one-hand save to push a well-struck curler from Clarke-Harris around the post on 38 minutes as Darren Ferguson’s men went in search of a second goal.

Town made a change at the break with Ryan Watson replacing Missilou in the middle of the park. Nicky Adams curled a free-kick over the bar on 65 minutes after Brown was penalised for a foul on the edge of the box. Goalkeeper Arnold did well to beat away a fierce drive from Ward moments later before Szmodics fired high and wide after an intelligent knock down from Clarke-Harris.

Posh doubled the lead on 80 minutes and it was substitute Ryan Broom who was involved, picking out Ward, who found BROWN in space, he advanced and drilled a low shot into the bottom corner for his first goal for the club.