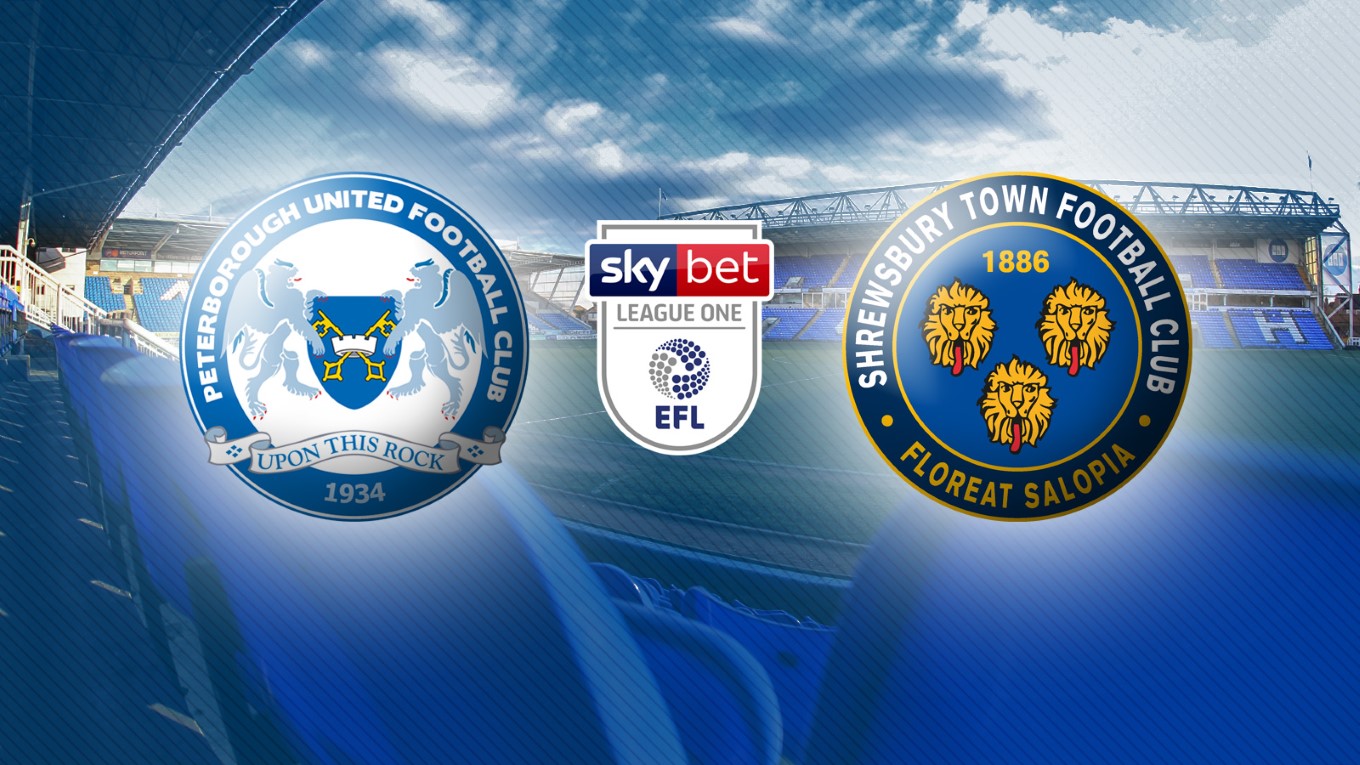 Peterborough United entertain Shrewsbury Town at the Weston Homes Stadium on Saturday afternoon in Sky Bet League One action (3pm) and Darren Ferguson’s men will be looking to end the month of October with a positive result after pocketing 16 points from a possible 18 in the six league games to date.

On Tuesday, Burton Albion twice came from behind to secure a point from a 2-2 draw with Kane Hemmings netting twice. The Shrews arrive at the Weston Homes Stadium on the back of three successive defeats, but do have a talented and experienced squad at the disposal of boss Samuel Ricketts.

Posh are without the services of teenage front man Ricky-Jade Jones due to a leg injury. He will be side-lined until Christmas. Sammie Szmodics came through Tuesday’s game without any adverse effect following a slight hamstring concern while experienced defender Nathan Thompson picked up a knock but should be fit enough to feature.

Shrewsbury are expected to be missing Leon Clarke in attack and potentially strike partner Jason Cummings, who has been ill. Deyan Iliev is side-lined for a few weeks with a muscle injury. In-form Aaron Pierre has been a threat of late from set-pieces.

“Shrewsbury are another example of why this league is so competitive. They signed Charlie Daniels from AFC Bournemouth last week, he is a good player and they have Leon Clarke and Jason Cummings up top who are excellent strikers so they will be difficult opposition, but the incentive for us is to finish the month with a positive result and then we can look back at October and be satisfied with our work,” Darren Ferguson said.

“You have to look beyond the results. I know, we want to win every game, but the performance level, certainly in the two home games was very, very good. We couldn’t ask any more from a performance level. It was just a case of the final bit, offsides going against. We’re in a run where we’ve had no luck go our way whatsoever. We want to get back to winning ways as quick as we can. But the endeavour and commitment from the players was second to none. We have to get ready to go again,” Shrewsbury boss Samuel Ricketts said.

Match passes for Saturday’s game are available to purchase for £10 here: