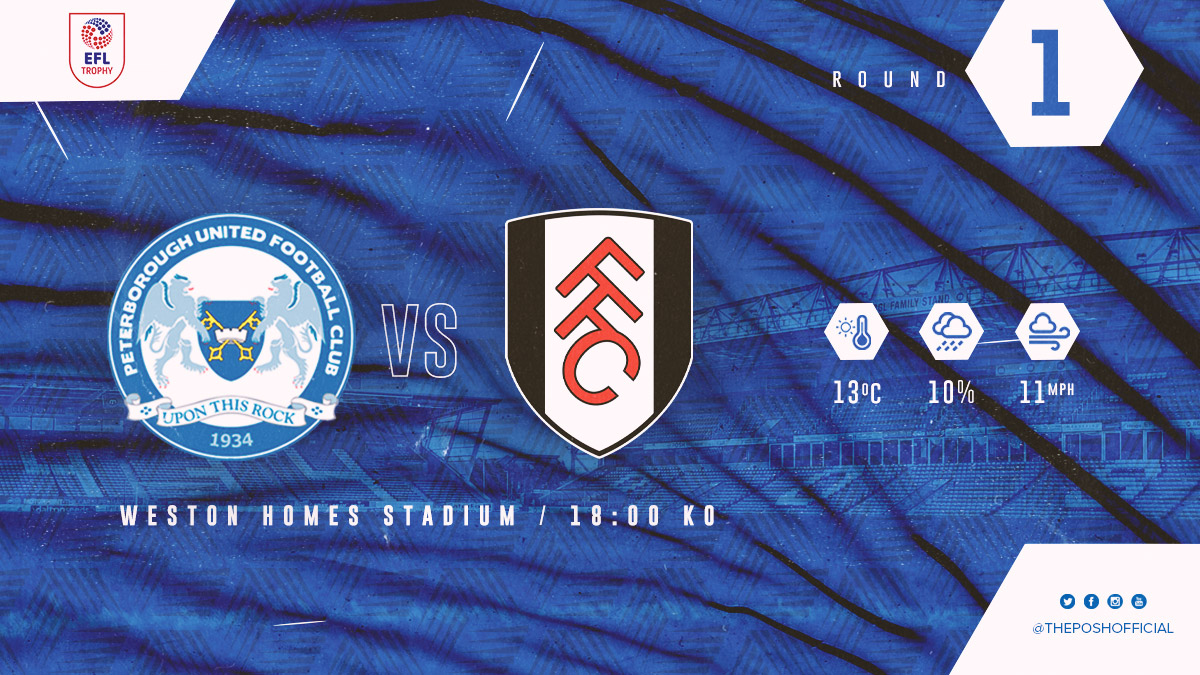 The EFL Trophy group stage is back on Tuesday evening with Posh facing Fulham under 21s at the Weston Homes Stadium.

Peterborough United welcome the Fulham under 21 squad to the Weston Homes Stadium on Tuesday evening for the second group stage game of the EFL Trophy with Darren Ferguson’s men knowing a victory within the 90 minutes would put them on the verge of qualifying for the knockout stage of the competition.

The tie kicks-off at 6pm and Ferguson has confirmed that he will play a strong side against the Cottagers as he looks for a win ahead of the final group stage game away at local rivals Cambridge United next month.

Posh will definitely be without teenage front man Ricky-Jade Jones. The youngster will see a consultant this evening as his troublesome leg injury continues to cause issues. He is already rated as doubtful for the local derby at Northampton Town on Saturday.

Defender Niall Mason has been given the all-clear to play after the club completed the protocols around concussion following a head injury sustained in the friendly against Gillingham last Tuesday. Frazer Blake-Tracy will continue his comeback against Fulham while Sammie Szmodics will feature as he continues to gain match sharpness.

Flynn Clarke has been given permission to play ahead of linking up with the Scotland under 19 squad for two games against England at St. George’s Park. Ferguson is hopeful that Clarke will feature from the bench on Thursday and could start on Sunday for the young Scots.

“Fulham will be young, obviously, and they will be technical because you don’t play for a Premier League Academy without that ability. They will be quick and will be looking to impress. I have named a strong squad because I want to get the win that will almost put us through and players need minutes including Sammie Szmodics. Reece Brown and Ethan Hamilton will both start and with Jack Taylor unavailable on Saturday as he is away with his country, it is a good opportunity for both to stake a claim,” Ferguson said.

The game is live on iFollow with match passes available for £10. You can buy a match pass here https://www.theposh.com/matches/fixtures/first-team/202021/october/peterborough-united-vs-fulham-u21-on-06-oct-20/