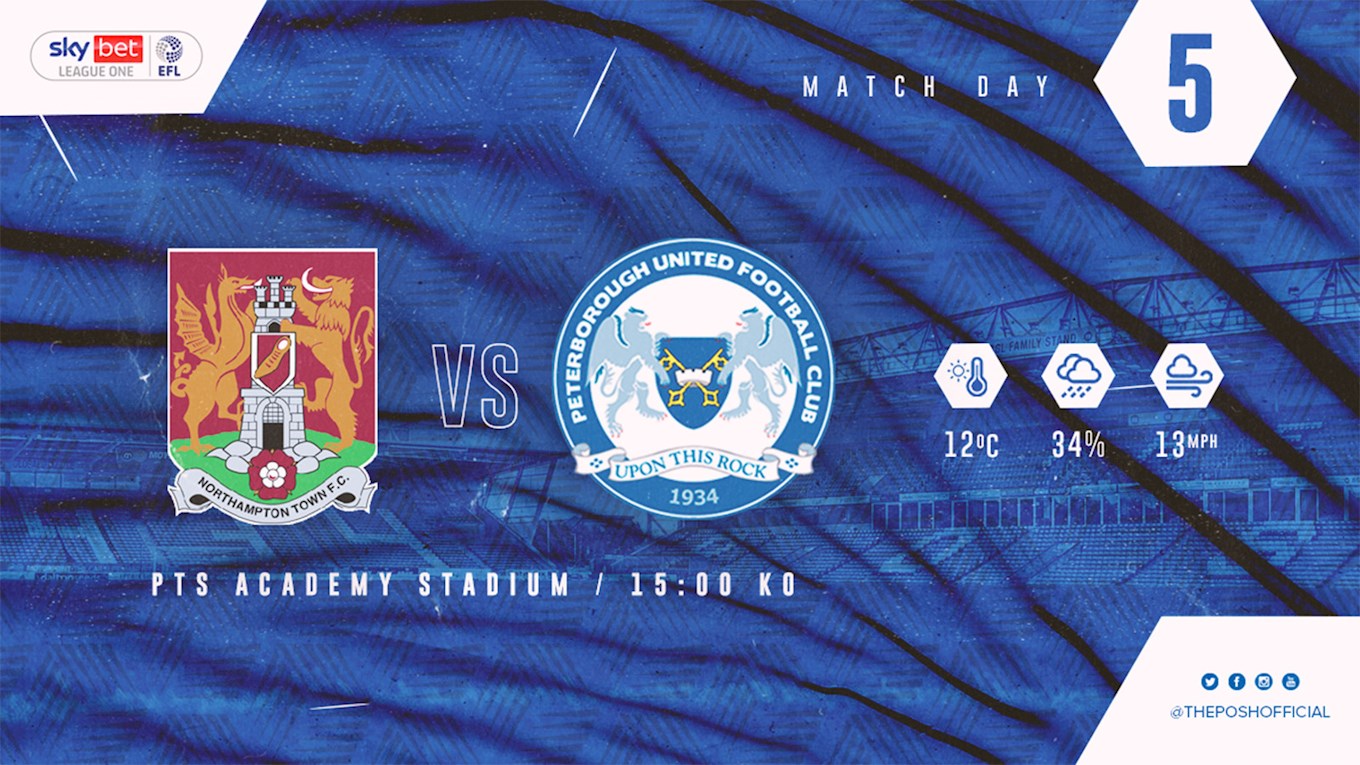 Ahead of this local derby, both clubs are in mourning following the death of Tommy Robson, a man who started his career in Northamptonshire before going on to be Posh’s all-time record appearance holder. It seems somewhat tragic too that due to the current climate with Covid-19, that no supporters will be admitted into the stadium to celebrate his life.

Posh will be without the services of young striker Ricky-Jade Jones who will undergo an operation to correct an issue that has been causing him pain within his leg. He is likely to be out for up to three months, but manager Darren Ferguson is hopeful that he will come back fresh for the second half of the campaign.

Jack Taylor is away with the Republic of Ireland under 21 squad so is unavailable while Flynn Clarke has returned to the club following the abandonment of the Scotland under 19 fixture with England at St. George’s Park on Thursday following a precaution around Covid-19.

Reece Brown and Ethan Hamilton are expected to fight it out for the remaining position in central midfield in Taylor’s absence.

“There might not be fans inside the stadium, but I know there will be thousands watching at home and they will want us to come back with the three points. It has been a while since I managed a Posh side against Northampton in the league. We know it will be a tough test, just because there are no fans inside the ground won’t make it competitive and fierce. Northampton will look to put us under pressure and we will need to stand up to their threats,” Darren Ferguson said.

“I know what this game means to the supporters. We won’t change our approach, the work we do behind the scenes remains the same and we won’t change our respect levels for the opposition or our focus. They both remain high. We want to be competitive in this league and we go into every game trying to win it. Every club has its history and its stats but I’m here to make my own. We’ve got a forward thinking mentality and we want to keep putting those fundamentals down to give the club a platform to keep moving forward from,” Northampton boss Keith Curle said.

Posh will be wearing the white kit for the clash at the PTS Academy.