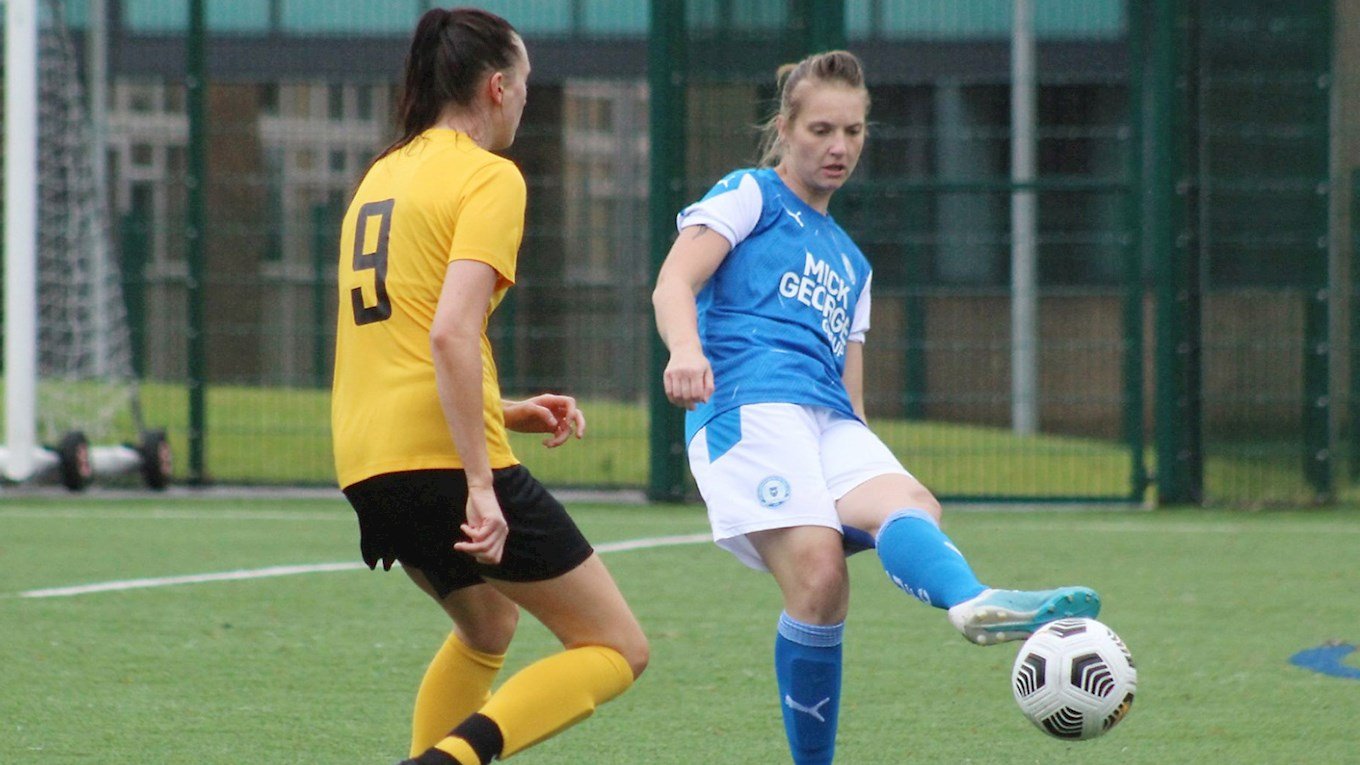 After last week’s strong opening to the league season at Ollerton Town, Posh knew they would have to be at their best against their Oughtibridge WM Women visitors. In last years aborted season both fixtures against them were tough work and although Posh came out victorious they were made to fight all the way for those wins.

The first 15 minutes were a stalemate with both teams trying to gain control of midfield and there were very few visits to either penalty area. That all changed on 16 minutes when Posh were adjudged to trip an Oughtibridge player inside the box and a penalty was awarded. Fortunately for Posh, the ball was smashed hard and well over Sophie Powell’s crossbar.

Posh however seemed to gain confidence from the miss and were now playing a much higher press and on 26 minutes the ball fell to the feet of Keir Perkins. Captain PERKINS turned inside and from the edge of the box floated the ball over the visiting keeper into the empty net.

Posh maintained their forward momentum after the goal but couldn’t add to their tally and on 37 minutes were made to pay when a speculative shot from distance flew over Powell’s head for the equaliser. Worse was to come two minutes later when another shot from just outside the box hit the post and spun into the net for Oughtibridge’s second.

The second half followed the pattern of the first with a midfield battle becoming somewhat end to end. Posh found themselves in the Oughtibridge area several times with good build up play but were unable to convert and get their way back into the game.

A disappointing result to start the home league season but all credit to Oughtibridge who came and worked hard for their win. Solid all over the park, they frustrated and disrupted Posh’s usual flowing football and overall deserved to return home with the three points on the day.

Posh get the chance to bounce back to winning ways on Sunday 11th October 2020 when they visit Rise Park in the East Midlands Women’s Premier league.

Peterborough United Ladies Reserves got their League season off to a winning start with an entertaining 2-1 against Moulton Ladies. The Ladies started brightly with Sophie Harris scoring a well struck right footed shot in the 17th minute to make it 1-0.

As the game was heading for a draw,  Emily Smith in the 85th minute ran down the right and put a cross across the face of the goal which was met by Aliyah Palmer to score from close range to make it 2-1.

This was a well-deserved win for the Ladies Reserves who never gave up and continuously pressed for the winner.