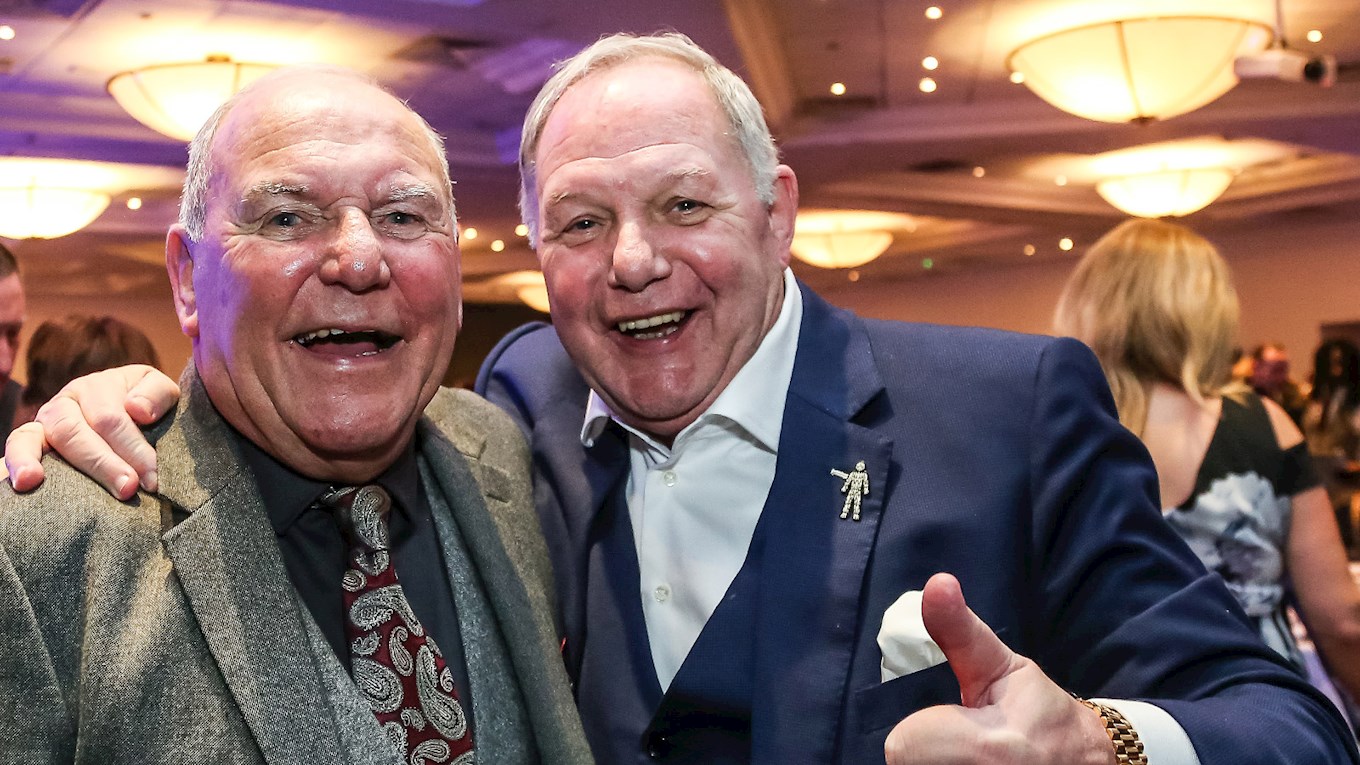 Peterborough United Director of Football Barry Fry has spoken of his sadness at the passing of club legend Tommy Robson, who lost his battle with illness on Thursday afternoon at the age of 76.

Fry, who joined the club in the mid-90s, described Tommy as a ‘great friend’ and has offered his condolences to his wife Helen and family.

“Tommy was a true Posh legend and the nicest man you could ever wish to meet. His tally of 559 appearances for the club will never ever be beaten in my opinion. He is what I would describe as an ‘entertainer’, both as a player and what he was like off the pitch.

“As a player, he was the wizard of the dribble. He used to beat players for fun, he made goals for others and had a great habit of getting into the box and scoring goals himself. To play as many games as he did for Peterborough United is an incredible achievement and to net 128 goals from the wing is absolutely fabulous.  He always gave 150% when he played and it was obvious why he was a fans favourite for every club he played for.

“He was also an entertainer off the pitch. In his role as a match day host, he looked after our sponsors and guests with that enthusiasm and knowledge that is required. All our guests loved his banter. I was often the super-sub when players unfortunately were unable to facilitate in presentations following the game and we used to have a great laugh together.

“During the lockdown, I phoned Tommy many times and every time we spoke, all he wanted to do was to get back to the Posh and see everybody. As well as a legend in football, he was a bit of a legend at cricket as well. Tommy used to play alongside myself and many others for Bunbury’s, a charity cricket team that played matches up and down the country raising money for a whole host of charities.

“David English, who we describe as our Captain Marvel, has helped raise over £17m for charities and Tommy always gave up his time to help and always did so with a smile. David always described Tommy as a ‘diamond geezer’ and he is right there.

“I was manager of Posh for many years and often those years were a struggle. Tommy always popped in to see me, give advice, keep my spirits high and was extremely supportive during a time where not so many people were. I will never forget that.

“Tommy was a family man. He loved his family to bits. I remember when he came to the club and told Bob Symns and myself about his diagnosis and we all cried our eyes out. What came across loud and clear then was how strong he was, how determined and positive he was and that was a testament to the character of the man.

“Tommy has been a great friend, who will be sadly missed and never be replaced. My condolences go to his family at this terrible time.”