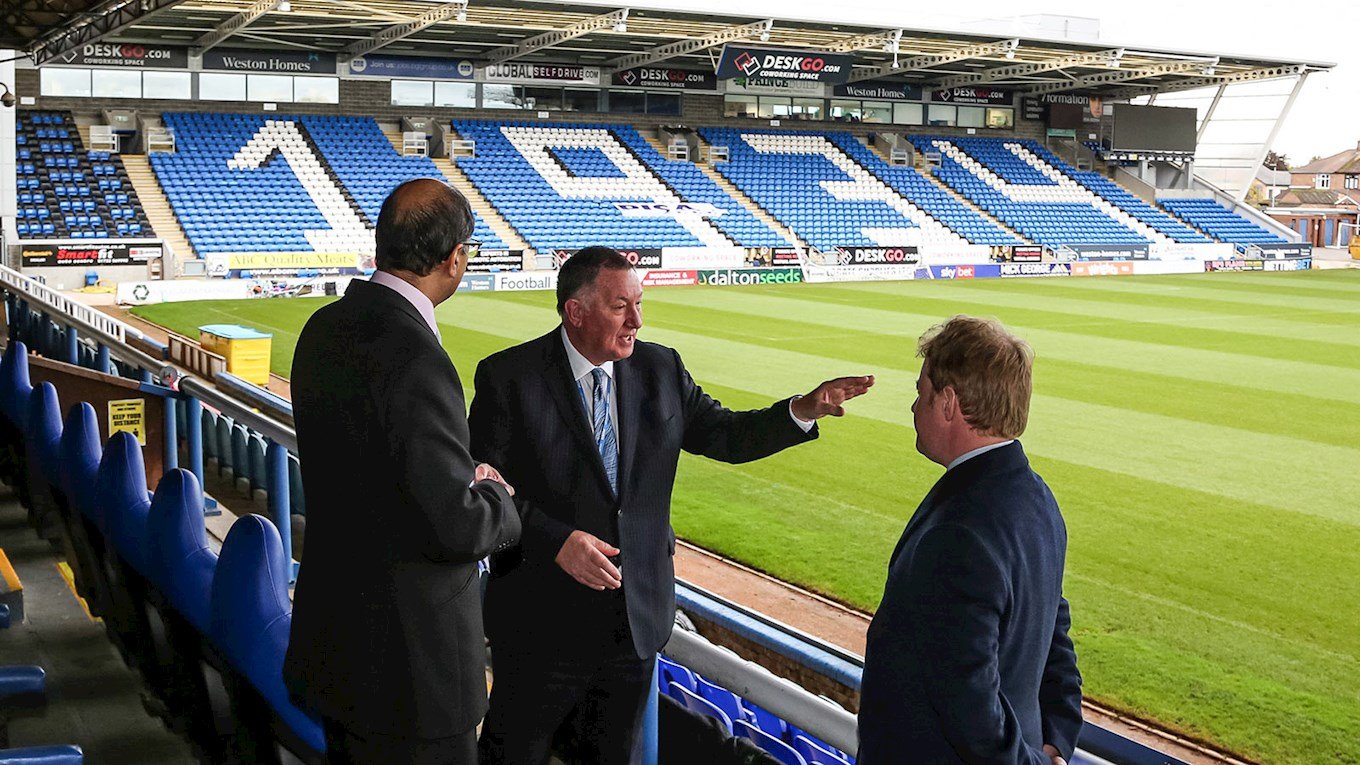 The football club are continuing to liaise with authorities with regards to Covid-19 protocols.

Peterborough United, like many other clubs up and down the country, have worked tirelessly behind the scenes when it comes to Covid-19 protocols and continue to put preparations in place should a phased return of supporters be given the green light.

Chief Executive Bob Symns recently invited local MPs Shailesh Vara and Paul Bristow to the Weston Homes Stadium to witness first hand the work that has been undertaken. As a football club, we shared and discussed Covid-19 protocols and thank them for their time and understanding of the challenges that have been met.

Since that meeting, supporters may have noticed that Blocks E1 and E2 of the Deskgo Stand has been covered in a way to display what Social Distancing could look like if supporters are permitted to attend in a phased way. This was done by our Security provider, Crowdsafe UK, who provided 10 members of staff free of charge and we would like to take this opportunity to thank them for their support.

It is important to note that all the protocols that have been put in place have been shared with the local Authority for inspection. We were frustrated that we were unable to facilitate a ‘pilot’ fixture of 1,000 supporters in October. A number of other clubs, including Cambridge United, demonstrated that it could be done in a safe way and the feedback received at these events was positive and the Government have given no indication that there was any spike in infection at those locations.

So, what protocols and plans do we have at Peterborough United in place for when supporters will be permitted to attend matches again?

Peterborough United are following up to date Covid-19 capacities guidance and as a result, the following additional measures will be introduced.

Sye Roberts, Safety Officer at Posh said: “An area that is out of the club’s control is something referred to as ‘Zone Ex’. How do fans get to the ground? Where do fans go pre and post-match? Do fans use public transport? Do they travel from outside of Peterborough? These are all areas that must be considered and this could be the main reason why fans never did return in October.

“Luckily, most of our fan base is local and unlike some Premier League clubs which can still hold 26,000 under Covid-19 conditions, we simply don’t have that concern. It may just mean that the football experience is different for some time for many fans. This isn’t just a problem for us. The entire industry is working together with daily communications between all League 1 clubs. It’s been a remarkable joint response.

“We are currently in a second Lockdown, but Peterborough United remain committed to working with the local authorities to get supporters back within the stadium as soon as the Government guidance changes.”

Further information will be published as and when further updates are obtained.