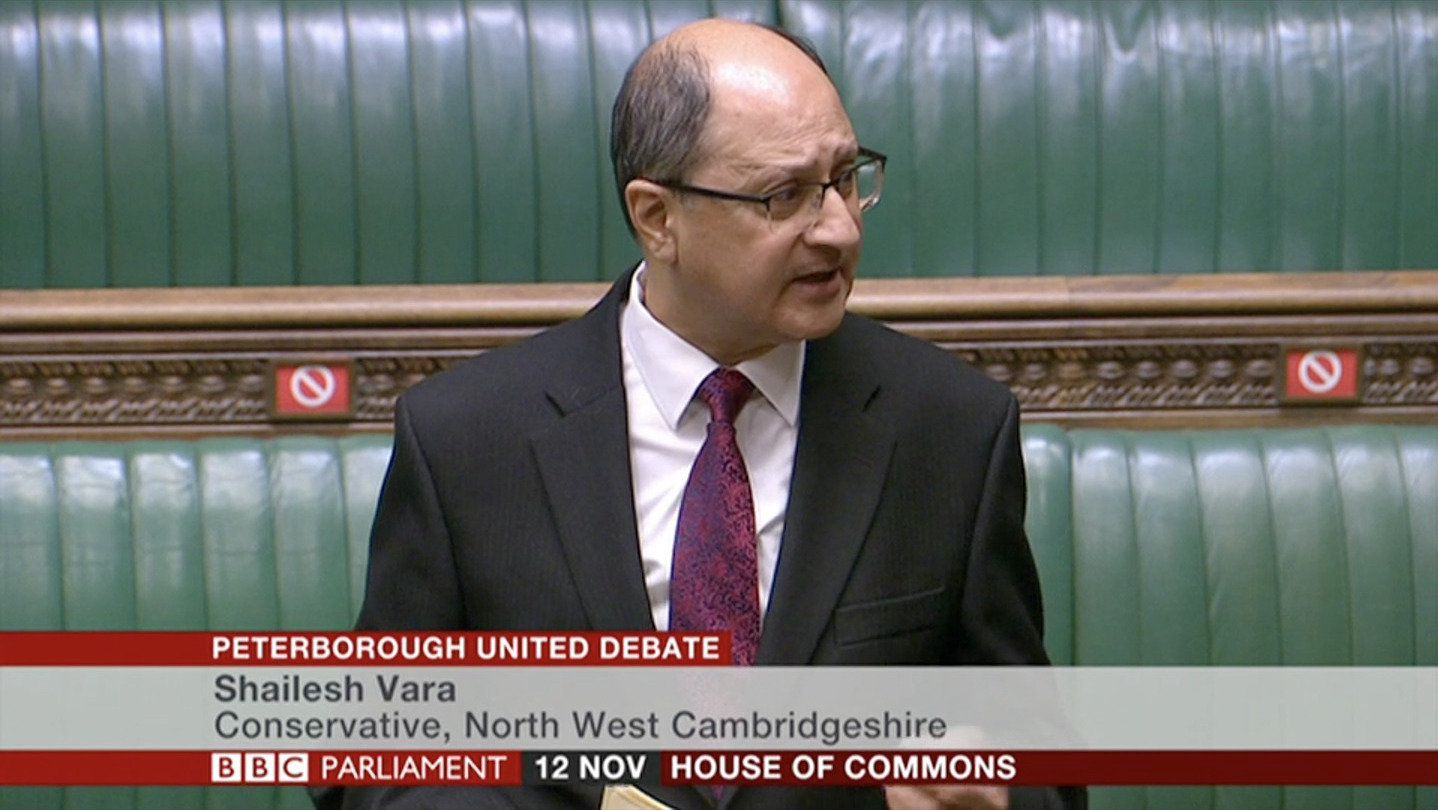 Shailesh Vara initiates the ‘Peterborough United Debate’ in the House of Commons.

Peterborough United Football Club and Peterborough City Council were the subject of a parliamentary debate held last week which could see the Parliamentary Under-Secretary of State for Digital, Culture, Media and Sport visiting the city.

North West Cambridgeshire MP Shailesh Vara invited Nigel Huddleston MP to the club in a speech which highlighted the economic and health and wellbeing benefits that the club delivers to the city of Peterborough and set out his reasons for wanting football clubs to be able to allow a limited number of spectators once lockdown restrictions ease.

He also made mention to the planned retirement of Peterborough City Council leader Councillor John Holdich next year and recognised his 'outstanding contribution' to the city. In addition, he said that opening the club - even in a limited way - would also have the benefit of helping the club to celebrate the life and career of Sir Tommy Robson. Earlier in the season he was given Freedom of the City by Peterborough City Council.

The speech ended with Nigel Huddleston MP, Parliamentary Under-Secretary of State for Digital, Culture, Media and Sport to Peterborough saying that he was very keen to take up this offer and to visit Peterborough and the club.

Chief Executive Bob Symns said: “It was great to welcome Shailesh and Paul Bristow to the club recently to show them what has been undertaken to make the Weston Homes Stadium Covid-19 secure. I think they were taken aback by the sheer volume of work that has gone on here. It is very rare to see Peterborough United debated in the House of Commons and there was clearly a lot of knowledge about the work that we do within the community shared.

“Shailesh and Paul spent a long time with us understanding the protocols and our readiness for supporters to return, albeit in a smaller capacity. We look forward to Nigel visiting the city, and hopefully the football club, in the not too distant future.”