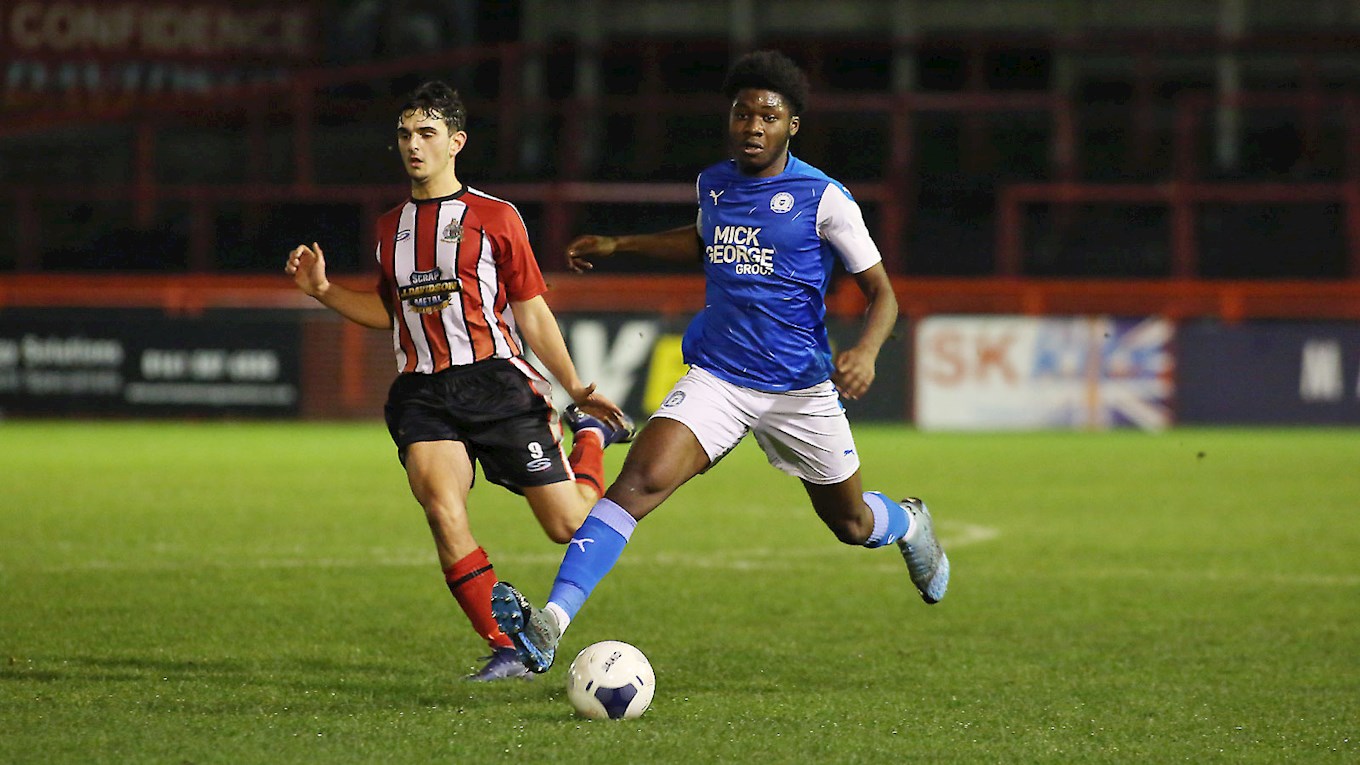 Posh Youngsters Into Round Three Of Youth Cup

Posh to host Doncaster Rovers in the third round of the FA Youth Cup after 2-1 success at Altrincham under 18s.

Peterborough United under 18s are into the third round of the FA Youth Cup after a 2-1 victory over Altrincham under 18s with skipper Charlie O’Connell netting both goals, one in either half as Matthew Etherington’s men progressed on a night of wasted opportunities in front of goal.

Posh started confidently, playing some excellent football in tight situations and carved out a number of half-chances from the edge of the box with Luke Harris denied by Forde and Nicky Gyimah firing over the crossbar.

Charlie O’Connell and Rod McGlinchey also stroked efforts over the bar before Gyimah had the ball in the back of the net with an explosive finish, but the official had spotted a push in the build-up.

Posh did get their noses in front on 28 minutes as McGlinchey was upended in the box and O’CONNELL calmly stroked the penalty home. Goalkeeper Ellis Pickard made a smart stop to deny Billingsley after a swift counter attack from the home side.

Moments later, Altrincham were level as BILLINGSLEY fired home with his left-foot with his strike finding the bottom corner. Gyimah was denied by the legs of Forde before McGlinchey stabbed wide after a good cross from Aaron Powell.

Ronnie Edwards saw a powerful header tipped over by the keeper wth the resulting set-piece fired wide by Shaun Keane. On the stroke of half-time, Posh had two excellent chances to get themselves back in front, first Luke Harris headed over from eight yards after a right-wing centre and then McGlinchey fired over after good work from Mensah and Gyimah.

The continuation of chances continued after the break for Posh with Gyimah and Nascimento both seeing efforts saved by the keeper. Substitute Hickinson had a glorious chance to nudge Posh in front after good work from Gyimah but he sliced his shot well wide of the target when well placed.

Charlie O’Connell saw a Ronaldo-style free-kick clawed to safety by Forde before Harris saw an effort repelled by the over-worked shot-stopper. Gyimah then stabbed wide from close-range after more patient build-up.

Posh did finally get the second goal as a driven corner to the back post was met by O’CONNELL who powered home his second goal of the game. In stoppage time, the home side had a goal rightly chalked off for offside with Posh into the third round of the competition and a home tie with Doncaster Rovers.