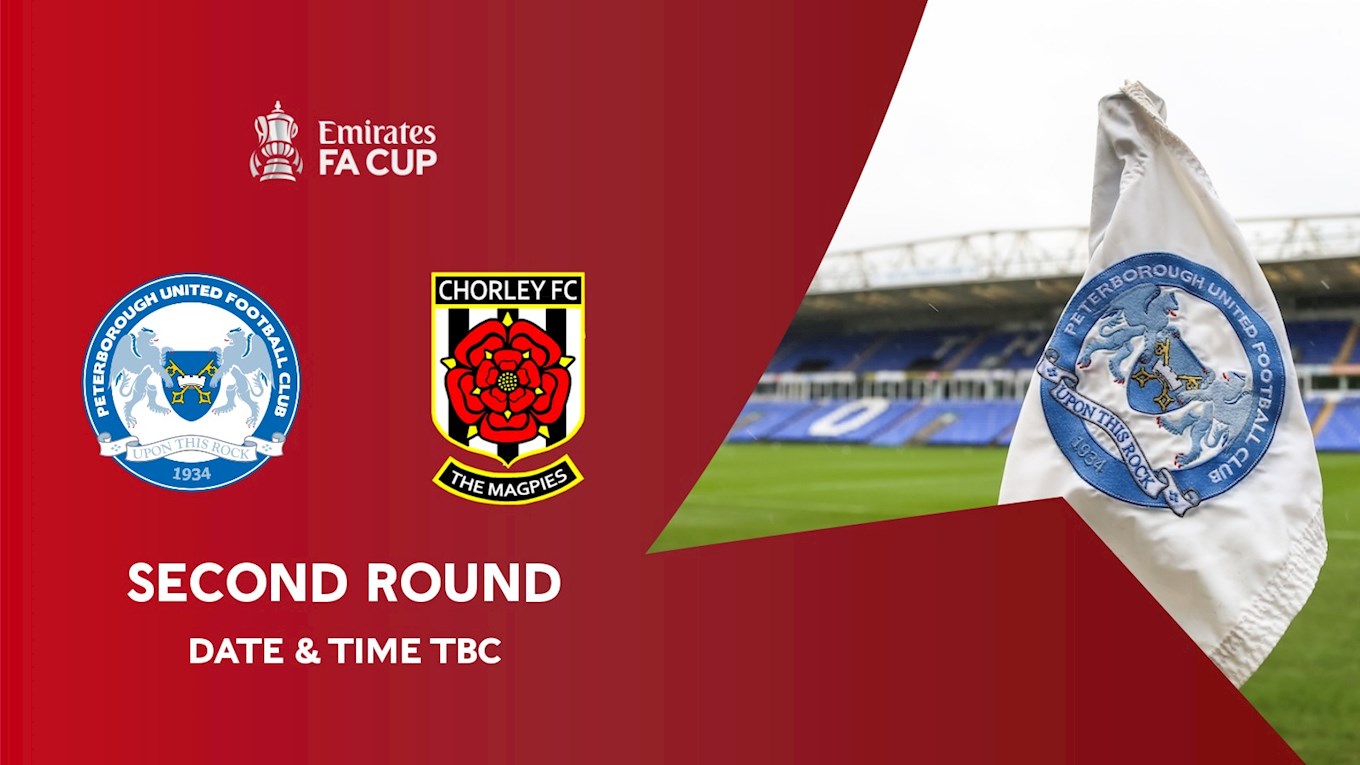 Posh will welcome Chorley to the Weston Home Stadium.

Peterborough United will host Chorley, conquerors of Wigan Athletic in round one, to the Weston Homes Stadium in the second round of the Emirates FA Cup following the draw on BBC 2 earlier on Monday evening.

Posh, who progressed to round two following a 2-1 victory at fellow Sky Bet League One side Oxford United on Saturday, will host Chorley over the weekend of the 28th November. Full details of when the tie will take place will be made available soon.

Manager Darren Ferguson said: "First and foremost, we are pleased that we have a home tie because we have had and will have a lot of travelling to do and with the Lockdown, the last thing you want is an away tie miles from home with the lack of hotels being available.

"We certainly won't be underestimating the opposition, they caused one of the shocks of round one by going to Wigan, a side in our league and coming back from 2-0 down to win the game 3-2.

"That is something that will be shared with the players beforehand because they have already demonstrated that they are a good side. However, we have a few games before then, starting on Tuesday evening at Cambridge."