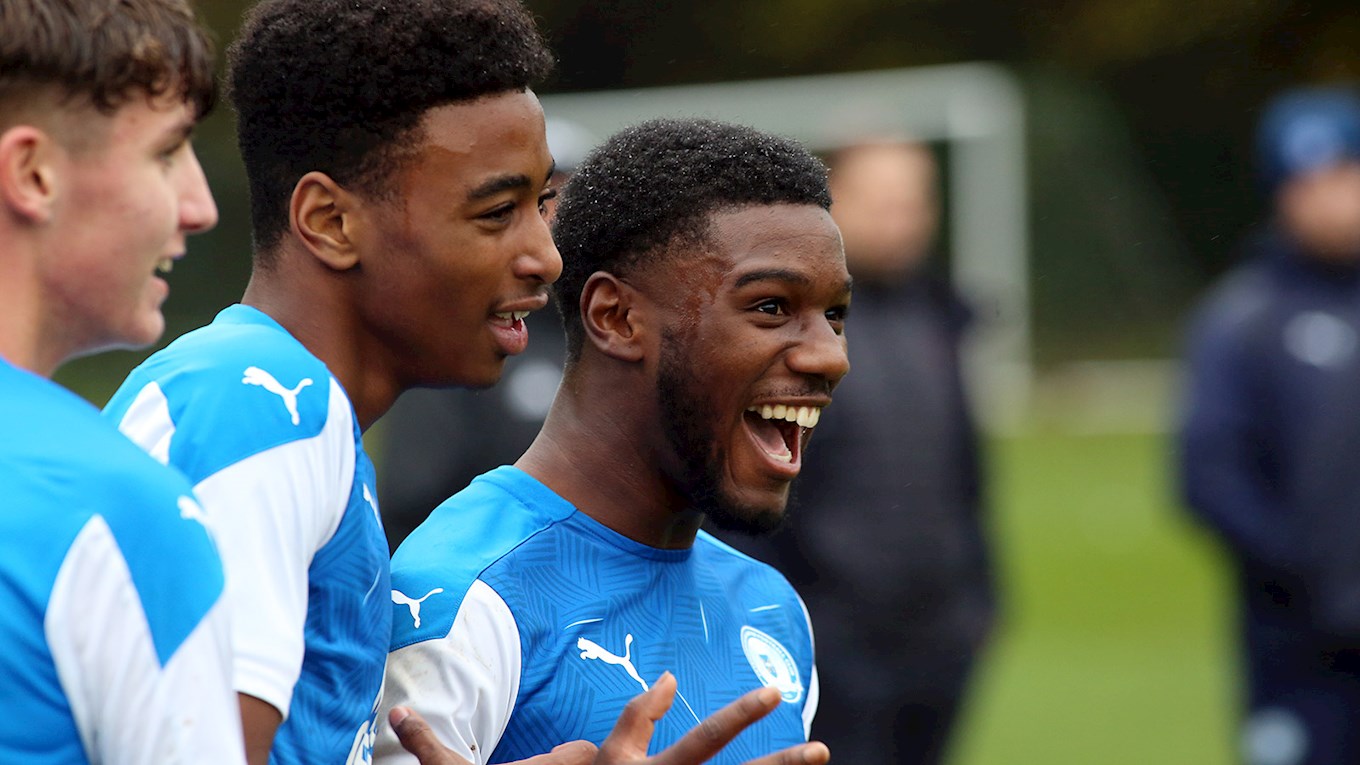 The Posh under 18s have had mixed results in the league either side of Youth Cup success.

The Peterborough United youngsters have had a challenging schedule with two league fixtures either side of the FA Youth Cup first round victory at Newmarket Town and Matthew Etherington’s men have chalked up one victory and one defeat.

Last Saturday, Posh were comfortable 3-0 victors at Milton Keynes Dons thanks to goals from Theo Lukyamuzi, Shaun Keane and a Charlie O’Connell spot-kick but at the weekend, a solitary strike gave Gillingham all three points at the Mick George Training Academy.

“We were comfortable for long periods in the game against MK Dons. We won the game comfortably, but we need to be better in our decision-making. It was 3-0, but in all honesty, it should have been more, and we must strive to improve those standards.

“We were good in possession and scored some good goals. Shaun has got a lot of goals now, he has an eye for goal and it was a good finish. He had that knack as an under 16 and has taken that into the under 18s as well, which can only be a positive.”

Meanwhile, Posh will travel to Altrincham under 18s in the second round of the FA Youth Cup with the tie taking place on Friday 20th November (6.30pm). No supporters will be permitted to attend the tie, however the hosts are looking to stream the game. Details of the stream will be made available closer to the date of the clash.