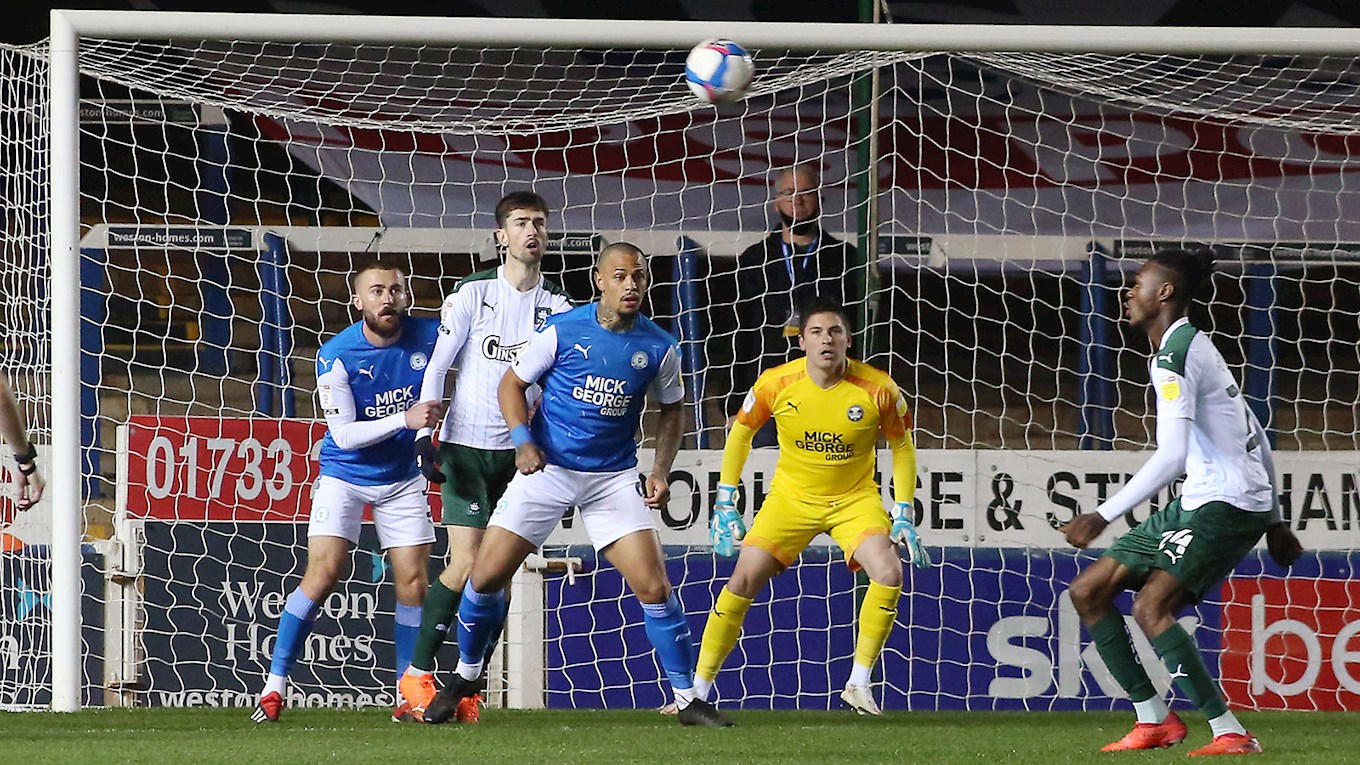 Posh back to winning ways after a deserved three points against Plymouth Argyle.

Peterborough United bounced back from two successive league defeats with three points as a goal from Jonson Clarke-Harris secured a 1-0 win over Plymouth Argyle at the Weston Homes Stadium on a night where in truth, the score-line could and perhaps should have been far more comfortable.

Sammie Szmodics had a great opportunity to find the breakthrough on 13 minutes after racing onto a Dembele pass, but his low shot was saved by the legs of Argyle goalkeeper Michael Cooper. Dembele was cautioned for a foul on 17 minutes with referee Tom Nield ignoring a similar challenge by Wootton moments earlier.

Frankie Kent tested Cooper from long-range moments later after a good turn and pass from Dembele in a tight area. Reece Brown fired wide from 25-yards on 27 minutes after being allowed to advance into a bit of space from midfield.

Opoku was shown a yellow card for a foul on Dembele before an acrobatic Clarke-Harris effort went wide of the target following a floated cross from Butler. On 37 minutes, Dembele dragged a left-foot shot wide after doing so well to beat the defender following strong initial play from Clarke-Harris.

Posh opened the scoring three minutes later, wonderful play from Dembele in the build-up, quick feet and then a clever assist for Jonson CLARKE-HARRIS who drilled a low left-foot shot into the back of the net, giving the keeper absolutely no chance.

Some good work from Dembele created a very difficult half chance for Szmodics on 54 minutes, but his header found the top of the netting. Posh were a whisker away from a second just after the hour mark as Butler lashed a left-foot drive off the outside of the post.

The visitors introduced Frank Nouble on 64 minutes to add a more physical presence in the Argyle attack. Cooper curled wide with his weaker right-foot on 68 minutes as the visitors freshened things up with a double change.

Clarke-Harris was denied by Cooper on 75 minutes and seconds later, Dembele somehow fired wide with his left-foot after ghosting past numerous defenders. Posh were forced into a change on 78 minutes with Clarke-Harris limping off to be replaced by Mo Eisa.