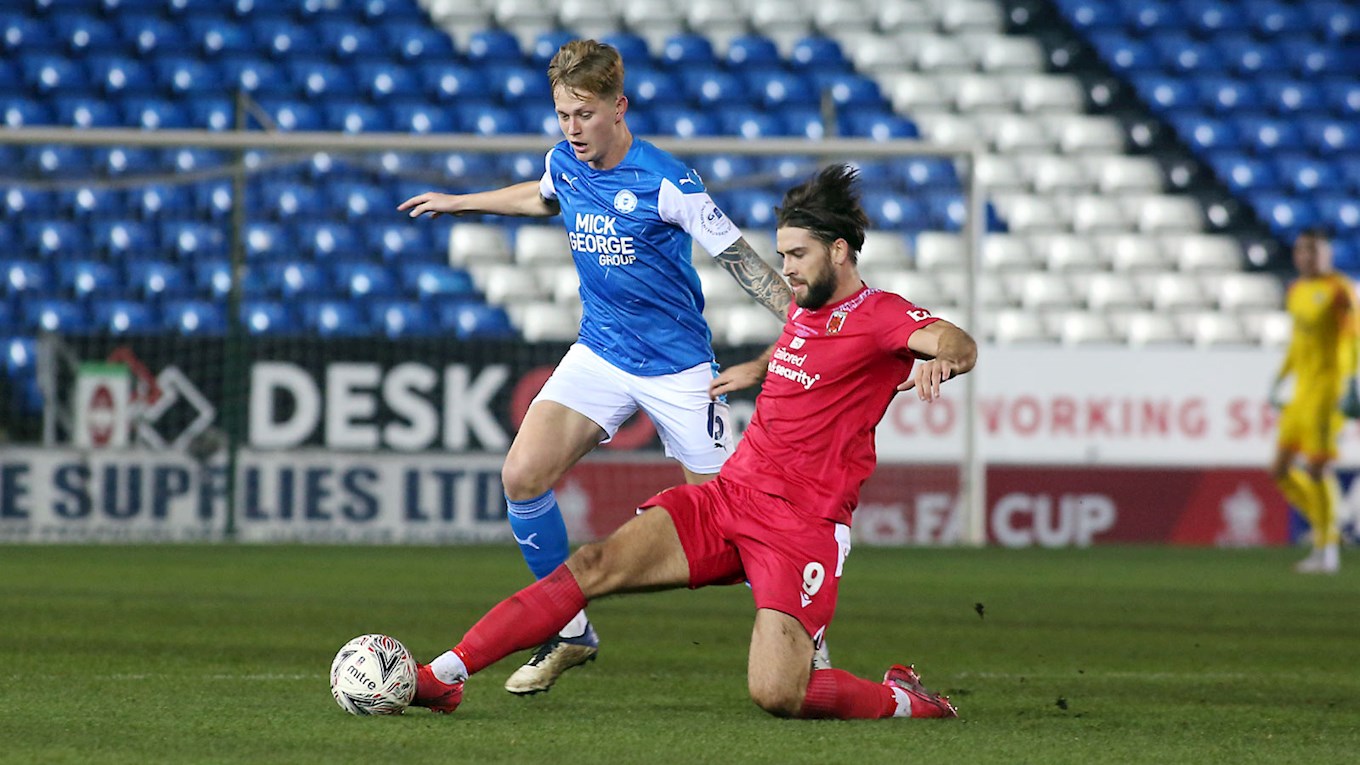 Match report for Peterborough United vs Chorley on 28 Nov 20

Posh beaten by non-league Chorley who deserve their place in round three following 2-1 success.

Peterborough United made the perfect start, but it turned into a nightmare evening as Chorley came from behind to record a 2-1 victory at the Weston Homes Stadium and credit to the visitors, they thoroughly deserved to take the plaudits after an excellent display against a very out of sorts Posh side.

It didn’t take long for Posh to open the scoring, midfielder Jack TAYLOR lashing a shot into the roof of the net from around 10-yards after a corner was only half-cleared. Mo Eisa saw a free-kick strike the wall and on 17 minutes, Dembele curled an effort from a similar distance wide of the near post after Szmodics was felled.

Eisa found the side-netting from a tight angle after a clever pass from Broom on 20 minutes as Posh tried to find a second goal in the first third of the cup-tie. Szmodics fired over from 25-yards on 25 minutes after a slip from a Chorley defender.

The visitors were close to levelling the scores on 27 minutes as Cardwell cracked the post with a powerful shot on the turn. Skipper Mark Beevers saw a downward header from a corner claimed by Urwin on 37 minutes.

Eisa had an opportunity on the break moments later after a good break from Szmodics, but after cutting inside the defender, he fired low and straight at the keeper. In first half injury time, Newby struck the post again for the visitors, his left-foot shot cracking against the left hand post before Posh scrambled the ball to safety.

Halls sent a rasping drive wide from distance on 54 minutes as the non-league side sensed there was a way back into the contest. Darren Ferguson made a change on 57 minutes with Flynn Clarke replacing Szmodics.

Chorley drew themselves level on the hour mark as HALL latched onto a ball into the box and squeezed a shot past Pym. Moments later, they visitors were in front as BAINES got on the end of a well worked corner kick to fire past Pym and into the back of the net.

Chorley were awarded a spot-kick on 75 minutes after a foul by Beevers, however goalkeeper Pym produced a fine stop to keep out the fierce spot-kick from Cardwell. Dembele was denied at the death by Urwin as Posh were dumped out at the second round stage of the competition.