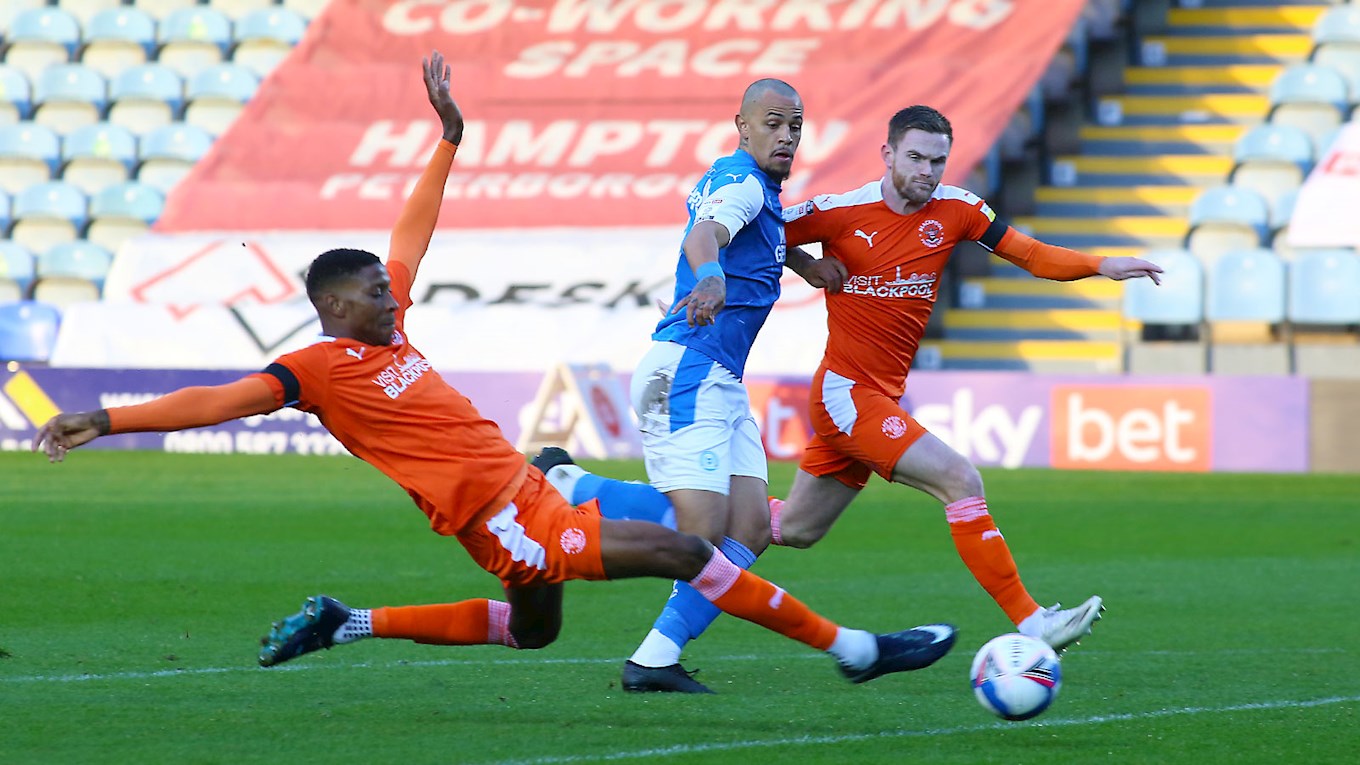 Match report for Peterborough United vs Blackpool on 21 Nov 20

Peterborough United suffered their first defeat at the Weston Homes Stadium of the calendar year as Blackpool striker Gary Madine bagged a late winner to secure all three points for the in-form Seasiders.

Jerry Yates squandered a fine chance for the Seasiders on four minutes as he found space, cut inside and drilled a left-foot shot towards goal, but thankfully for Posh, it went wide of the near post. Pym did well moments later to keep out a deflected Hamilton effort as the visitors made a lively start to the contest.

Madine drilled a shot wide of the post on 12 minutes after Posh lost possession high up the pitch. The visitors got their noses in front on 18 minutes as YATES was allowed time and space in the box to turn and drill a low shot through the crowd and past Pym.

Moments after the interval, Blackpool were gifted a chance to make it 2-0 but Kaikai curled his shot over the crossbar. Darren Ferguson made a change on 51 minutes with Ryan Broom replacing Ward and a double change just after the hour with Frazer Blake-Tracy and Mo Eisa introduced.

Posh drew themselves level on 84 minutes as birthday boy Frankie KENT powered home a header from a driven Butler corner kick. Dembele fired over after a good layoff from Clarke-Harris on 88 minutes as Posh pushed forward.

On 89 minutes, the visitors got themselves back in front as MADINE slotted home from close-range after a low centre. In stoppage time, Clarke-Harris saw a header clip the top of the crossbar.