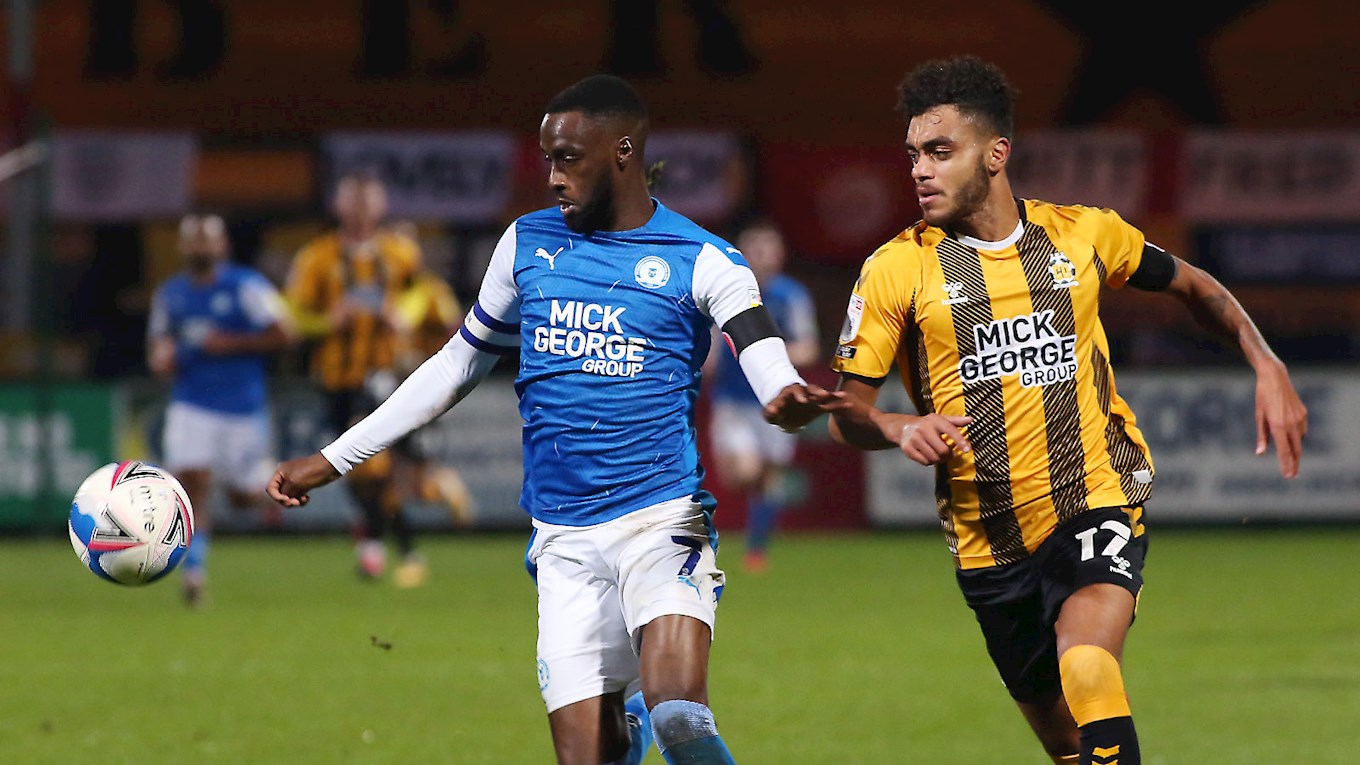 Cambridge United won 3-1 on penalties after a 1-1 draw at the Abbey Stadium.

Peterborough United were beaten 3-1 on penalty kicks after a 1-1 draw at the Abbey Stadium with Flynn Clarke’s superb strike cancelled out four minutes before the end by a controversial leveller.

Flynn Clarke and Serhat Tasdemir both had early efforts that went over and wide respectively as the young Posh side tried to assert themselves in the opening exchanges. Idris Kanu was next to try his luck, but leaning back, his effort went well wide of the near post.

Andrew Dallas clipped the outside of the post with a curling effort from just outside the box on 20 minutes after Posh gave away possession in midfield. Gyollai produced a fine reaction stop to keep out Boateng moments later after a neat one two from the home side.

Harvey Knibbs should have done better on the half hour mark after a delightful Boateng cross, the striker heading over the top from 12 yards. At the other end, Kanu wasted a good chance to find the breakthrough after good work down the left from Blake-Tracy, the wide-man firing over from close-range under pressure from Cundy.

Posh were close to the opening goal on 40 minutes as a Tasdemir effort crashed against the crossbar before bouncing to safety. Edwards was next to try his luck, but he fired over with his left-foot after a corner was only half cleared.

Posh opened the scoring two minutes after the re-start and it was a stunning effort from Flynn CLARKE with his curler finding the back of the net via the underside of the crossbar. Dan Gyollai produced a fine point-blank range save to keep out Dallas on 51 minutes after a low cross caused chaos.

Gyollai made another smart stop to keep out a curling El Mizouni effort on the hour mark as the home side pressed for a leveller. Blake-Tracy was cautioned on 72 minutes for a foul on the edge of the box.

Gyollai made another superb reaction stop to keep out Knowles after the same player had seen a whipped free-kick tipped over. The hosts drew themselves level on 87 minutes, Gyollai made a fine initial save but the ball spun loose and WORMAN was able to fire home from a tight angle.

Cambridge top the group with the scores level after 90 minutes, the tie then went into a very pointless penalty shoot-out. Harrison Burrows, Serhat Tasdemir and Mo Eisa all saw their spot-kicks saved by Callum Burton as the U’s eased through on penalties.