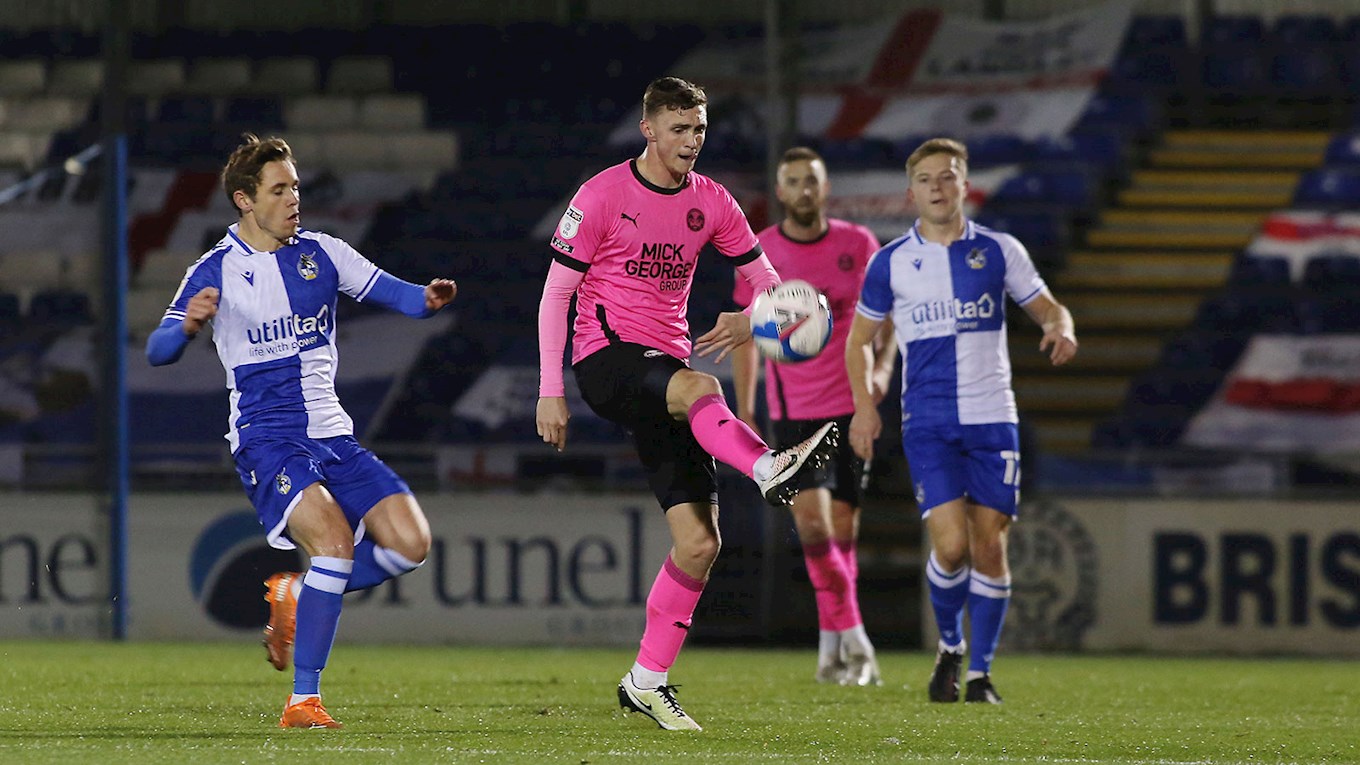 Posh consolidate position at the top of the table after 2-0 win at Bristol Rovers.

Peterborough United recorded yet another victory as goals from Jack Taylor and Dan Butler secured a 2-0 victory against Bristol Rovers at the Memorial Stadium with boss Darren Ferguson admitting afterwards that he was ‘proud’ of his players after they started November with three more points.

It was a bright start to the contest with a last ditch tackle from Dan Butler preserving the clean sheet within the opening two minutes as the Pirates broke down the Posh right. However, Siriki Dembele had a good chance to find the breakthrough at the other end after good work from Clarke-Harris and Szmodics, but Saturday’s hat-trick hero was wayward with his left-foot and the Rovers back-line were able to bring an end to the attack.

Christy Pym beat away a fierce drive from Nicholson on the half hour mark with Frankie Kent booting the loose ball behind for a corner kick. Szmodics saw a curler deflected wide after great work from Butler down the left before Brown dragged a shot wide from 25-yards on 34 minutes.

Ehmer was cautioned for a foul on Dembele on 39 minutes. Moments later, Ward fired over from long-range after good trickery and awareness by Dembele. On 44 minutes, Posh opened the scoring and it was a stunning strike from Republic of Ireland under 21 international Jack TAYLOR who rifled the ball into the top corner from 25-yards.

Brown was cautioned by Lee Swabey for a foul on Tutonda. Posh were a whisker away from a second on 55 minutes as a snap-shot from Szmodics was diverted onto the inside of the post and to safety by the keeper.

Posh doubled their advantage just after the hour mark and what a goal it was too, left-back Dan BUTLER advanced into a bit of space and thundered an unstoppable left-foot shot into the top corner giving the keeper no chance.

Pym did well to keep out Hanlon with his legs on 67 minutes as the home side began to assert themselves in the final third. Hare was cautioned for chopping down Dembele on the edge of the penalty area. Clarke-Harris was a whisker away from making it 3-0 from a dead ball situation, the ball flying inches past the near post.

Szmodics was denied by the woodwork again on 85 minutes as his low drive took a slight deflection before clipping the outside of the post and out for a corner kick. Hanlon rifled a shot just past the post in stoppage time via the aid of a deflection.