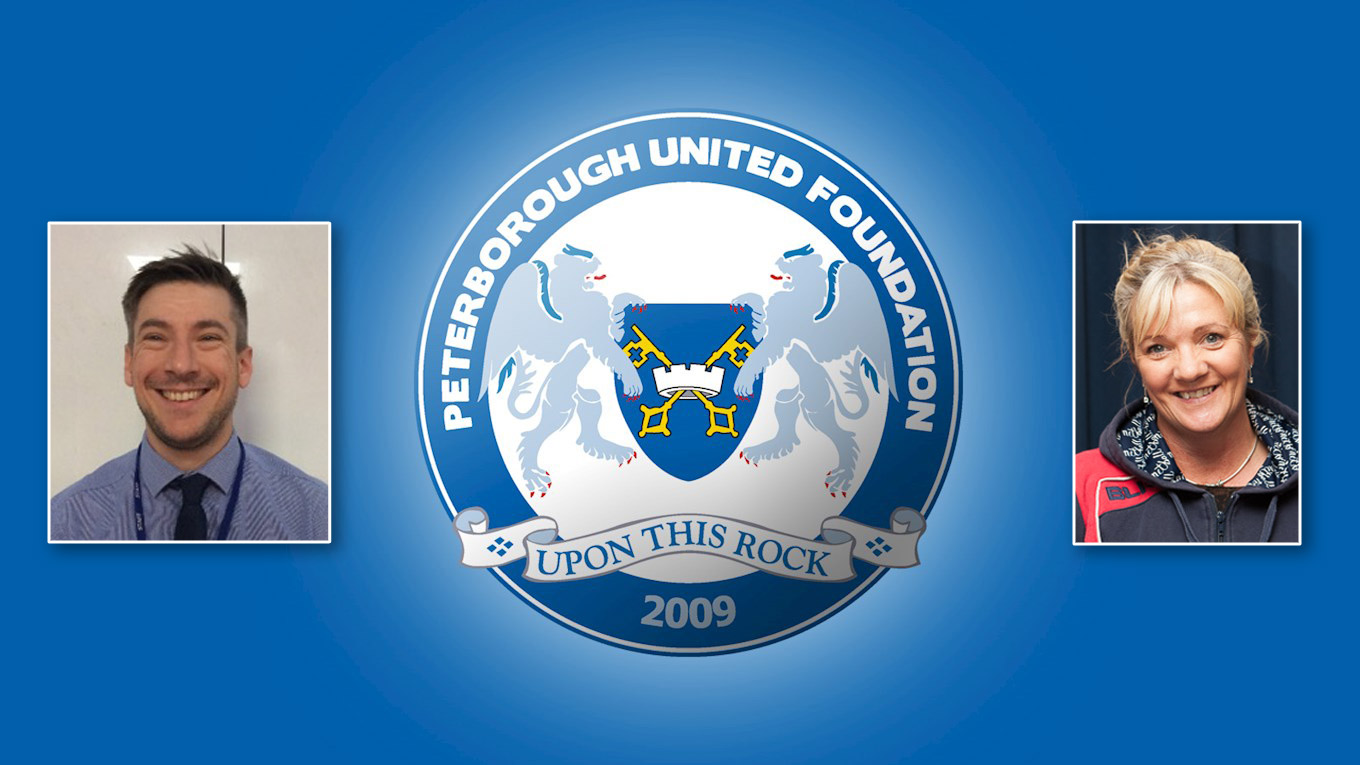 Two local teachers have been recognised for their superb efforts.

This week (23-27 November) the Premier League Charitable Fund (PLCF) is celebrating its 10 year anniversary.  PLCF was established to distribute funding provided by the Premier League to clubs across the entire football pyramid and to support those clubs in their delivery of community programmes.

The Peterborough United Foundation has been involved for five of those 10 years and currently runs two PLCF programmes Premier League Primary Stars and Premier League Kicks.  Premier League Kicks uses the power of football to engage with hard to reach young people by offering free evening football sessions, with four sessions a week available to 11-18 year olds.  These take place at a variety of venues across the city.

Gavin Slater, Community Manager said “Michael and Janette have recognised the importance of the Premier League Primary Stars programme and have allowed us to run many parts of the initiative at their schools from the first year of our delivery.  They have helped us to work with a number of pupils within the classroom and help raise PE delivery by our coaches working with the teachers.  I would imagine we have now worked with nearly every teacher in each school”.

Both teachers were surprised on Monday morning with an email and congratulatory message from Peterborough United midfielder Joe Ward.  Later this week they will receive their PLCF certificate and gift for their school.

Brad Rayner, Premier League Primary Stars Lead Coach added “Witnessing the improvements made in teaching PE and the progress the pupils make, due to the Stars programme is fantastic.  Covid-19 has made it harder to present the awards to the staff but we knew they would appreciate a surprise personal message from Joe Ward.

Janette Bowden sent to the Foundation “I feel extremely humbled to win this and cannot wait to share our achievement with the rest of the staff at Park Lane and New Road Schools.”

Michael Nyczka added “Thank you so much for this, I am very proud to be the Premier League Primary Stars Facilitator Winner. The programme has been amazing and we are proud to be a part of it.”

If any primary schools or teachers would like any information about the Premier League Primary Stars programme, information can be obtained from foundation@theposh.com