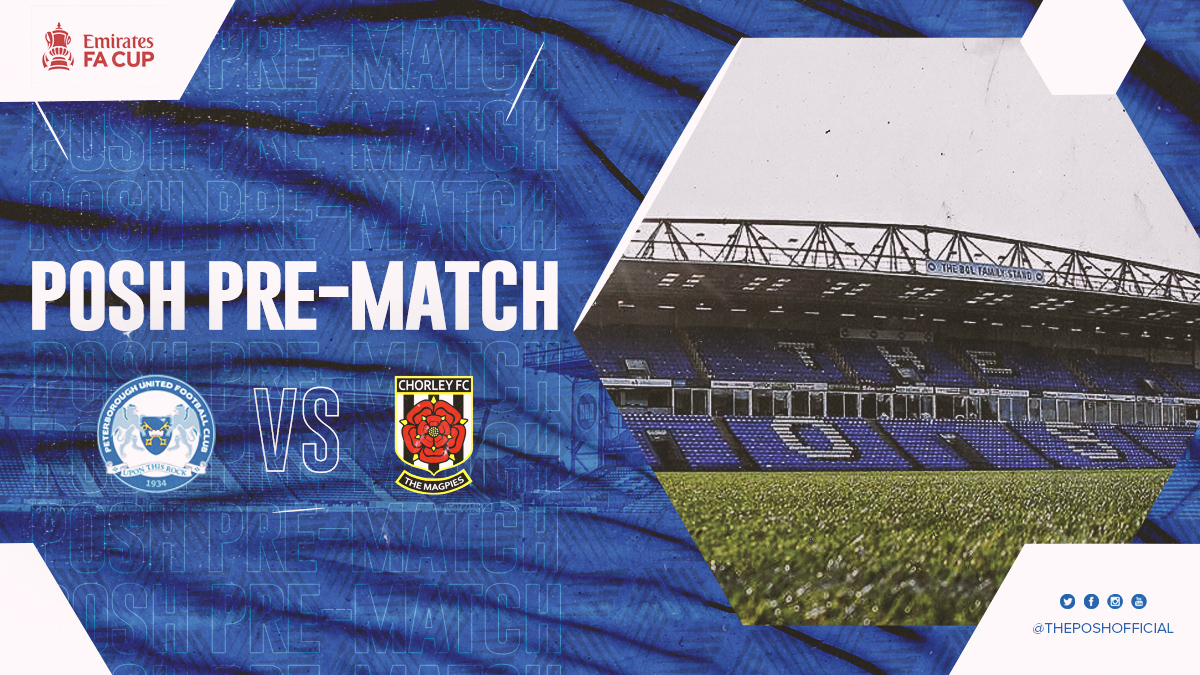 The Posh pre-match show, in association with Mick George, is back on Saturday.

Ahead of Peterborough United’s Emirates FA Cup second round tie with Chorley, the pre-match show will be available to watch across the clubs’ YouTube channel and official Facebook page with the live edition kicking off at 4.15pm.

On this weekend’s show we speak to defender Dan Butler, who looks back at some memorable FA Cup moments with his former club Newport County, including the time he was tasked with marking Manchester City winger Riyad Mahrez. Butler also talks ‘swapped shirts’, missing out on facing Leicester City and what the team need to do well against Chorley.

Via the wonders of technology, we caught up with former defender and current Spalding United boss Gabriel Zakuani and former striker and first team coach Aaron Mclean to discuss their cup memories with Posh, as well as their now expert opinion on Jonson Clarke-Harris, Siriki Dembele and what to expect on Saturday evening.

The pair also discuss their forays into punditry and management, as well as much more in the exclusive in-depth chat. We also dip into the archives to bring you a memorable FA Cup tie from the past (a big win against non-league opposition) and we speak to manager Darren Ferguson who delivers his starting line-up first!

We also feature the gaffer’s pre-match press conference, bring you latest news about the return of supporters and some perfect Christmas presents from the Posh Club Shop. It all kicks-off at 4.15pm and you won’t want to miss it!