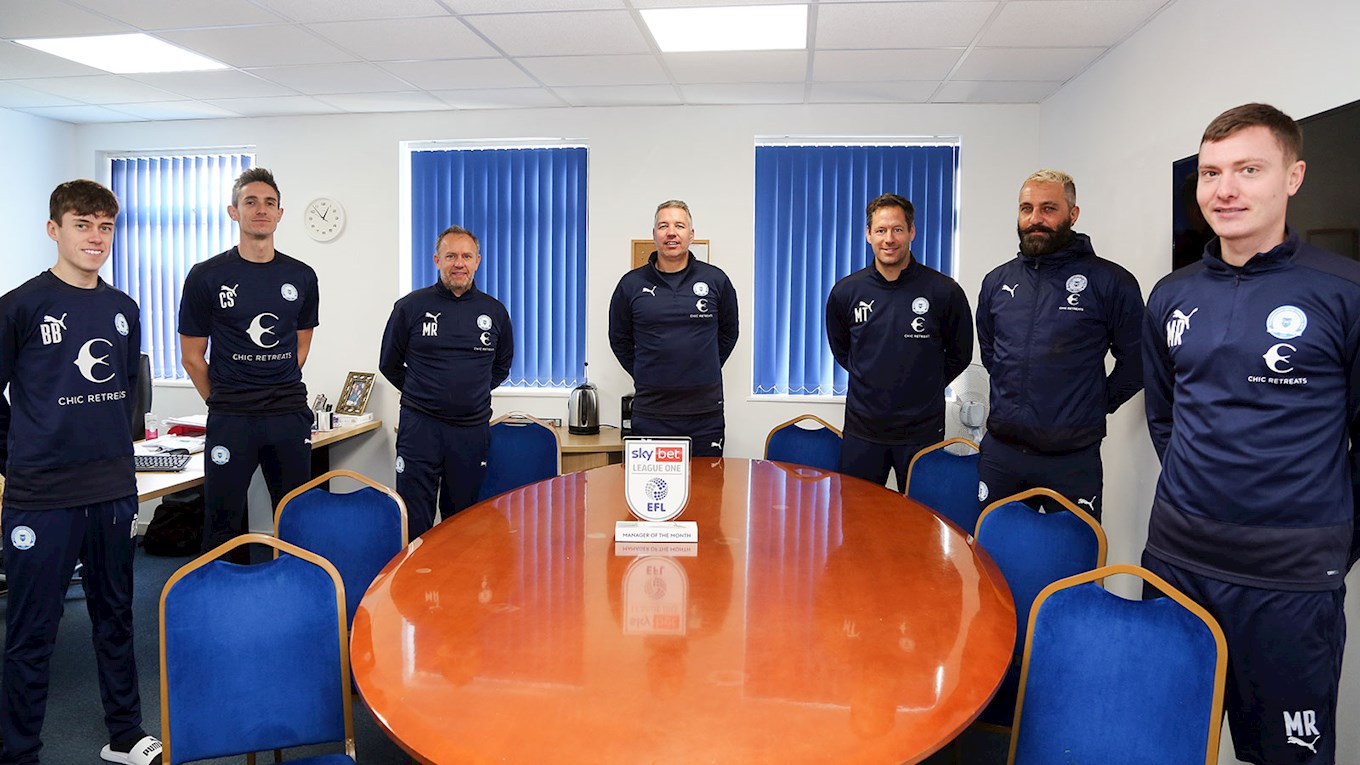 Peterborough United manager Darren Ferguson has been named the Sky Bet League One Manager of the Month for October.

Posh collected 19 points from the month and go into the weekend clash at Crewe Alexandra top of the table. Siriki Dembele was pipped to the monthly award by Charlton Athletic keeper Ben Amos.

Ferguson said: “The players were outstanding during the month of October, to win the amount of games that we did against the calibre of opponent that we did is excellent.

“The mentality of the players was superb. The players were disappointed that we didn’t take all three points against Burton Albion, but in that game we had plenty of opportunities to score. The players are in a good place at the minute and long may that continue.”

Danny Wilson chairs the Sky Bet Manager of the Month judging panel. He said: “Posh have been banging goals in for fun, 17 in fact and 19 points gained in a great month for Darren and his team.”

Sky Sports’ EFL pundit Don Goodman said: “Unbeaten and goal laden October must have been a delight for Darren Ferguson. The Posh have committed to Ferguson’s swash-buckling, progressive style of play and it’s paying dividends at the moment, making Peterborough one of the most feared teams in the entire league. If their form continues, they will be right in the hunt when we hit the business end in the Spring.”

Sky Bet EFL trader Ivor Davies said: “After losing two of their first three games of the season, Darren Ferguson’s side clicked into form during October, winning six, drawing one and finishing the month top of Sky Bet League One.

“Posh were second favourites (8/1) for the title behind Sunderland before a ball was kicked and after a slow start went as big as 11/1, but after a fine run of form are now into 11/4 joint favourites along with The Black Cats.