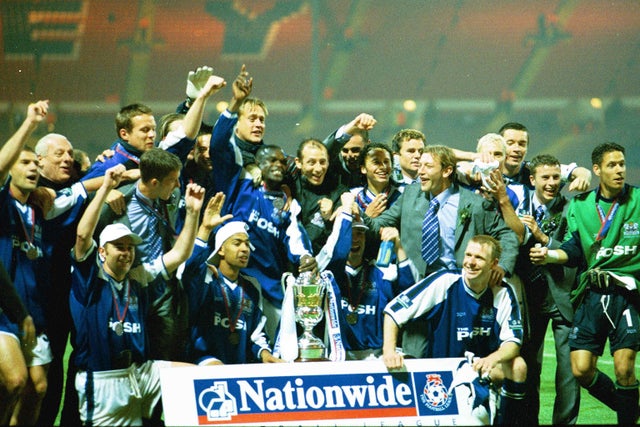 It has been 20 years since the 1-0 victory over Darlington at Wembley, we take a trip down memory lane with four key men in that success.

Today marks the 20-year anniversary of Peterborough United’s 1-0 victory over Darlington at Wembley and to celebrate, we got together four of the key personnel in that success to look back at the final (and semi-final) in detail.

Thanks to the wonders of modern technology (and the fact we can’t get them together due to lockdown rules), we spoke with goalkeeper Mark Tyler, skipper Andy Edwards, midfielder Steve Castle and attacking midfielder David Oldfield and got their take on what is often harshly described as the ‘forgotten final’.

Tyler, who made a number of important saves in the contest, talks about that defensive solidarity in the in-depth piece, which also includes highlights from the victory. Edwards, who lifted the trophy, talks about that moment while Castle and Oldfield talk about the importance of togetherness in the success.

And all four talk about that horrendous weather!