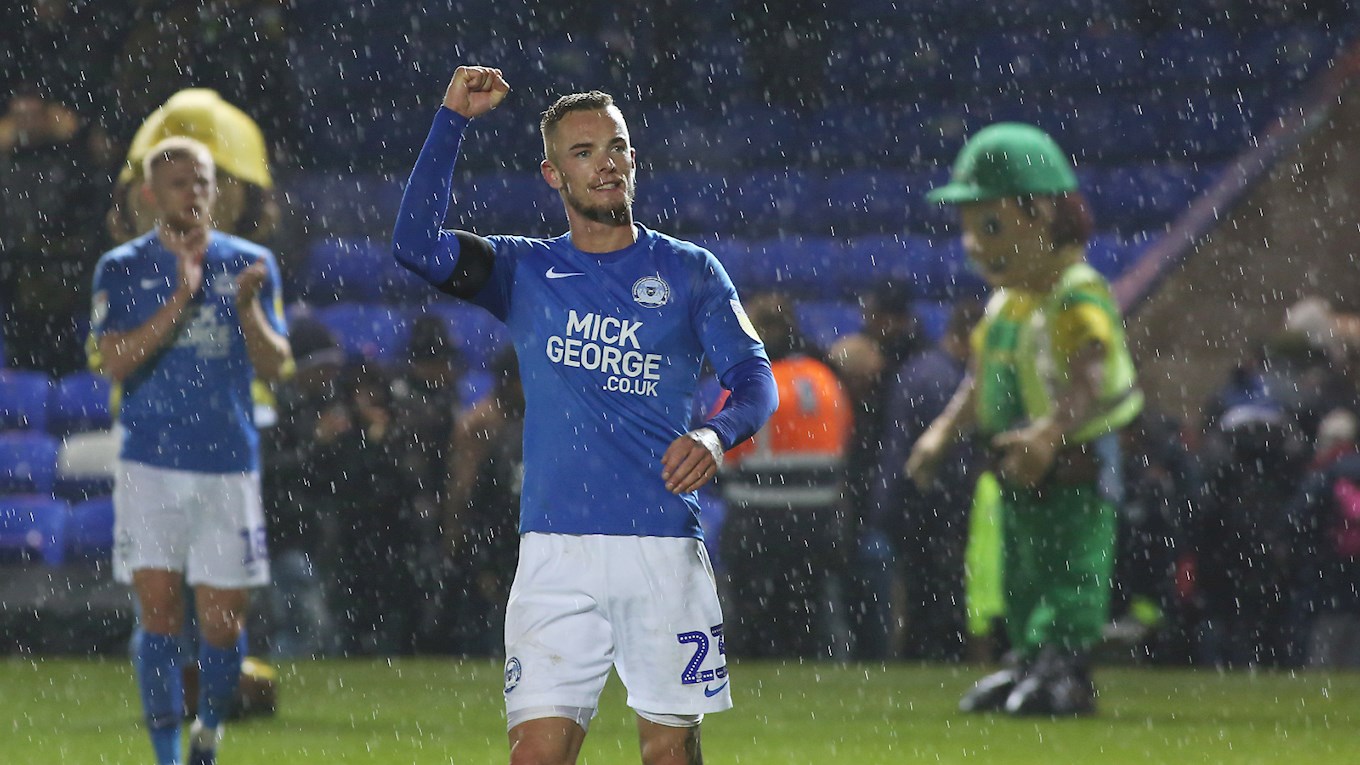 Joe Ward set to remain at the Weston Homes Stadium until at least summer of 2021.

Peterborough United have exercised the one-year option on winger Joe Ward’s current contract, ensuring he will remain at the Weston Homes Stadium until at least the summer of 2021.

Ward’s current deal was due to expire, but the club had the option to extend for a further 12 months and both parties have reached an agreement on that deal. With the current uncertainty surrounding football, a longer deal was not discussed at this point.

Manager Darren Ferguson said: “Joe is still a relatively young lad and has lots of improvement in him, but he fully deserves the extension that we have given him. He has always been an important member of the squad and now he is a consistent performer in the starting XI. We have found a position that really suits him.

“He is a natural winger, but he has improved defensively and has played a big part in our recent run of form in the league. He is a lovely lad, never gives you any problems, always wants to learn and improve and I enjoy working with him.”

The 24-year-old has made 106 appearances for the football club, scoring 10 goals including some excellent strikes from distance. He has netted five goals in all competitions this season, all of them coming in victories. In fact, when Ward has scored, Posh have never been beaten.