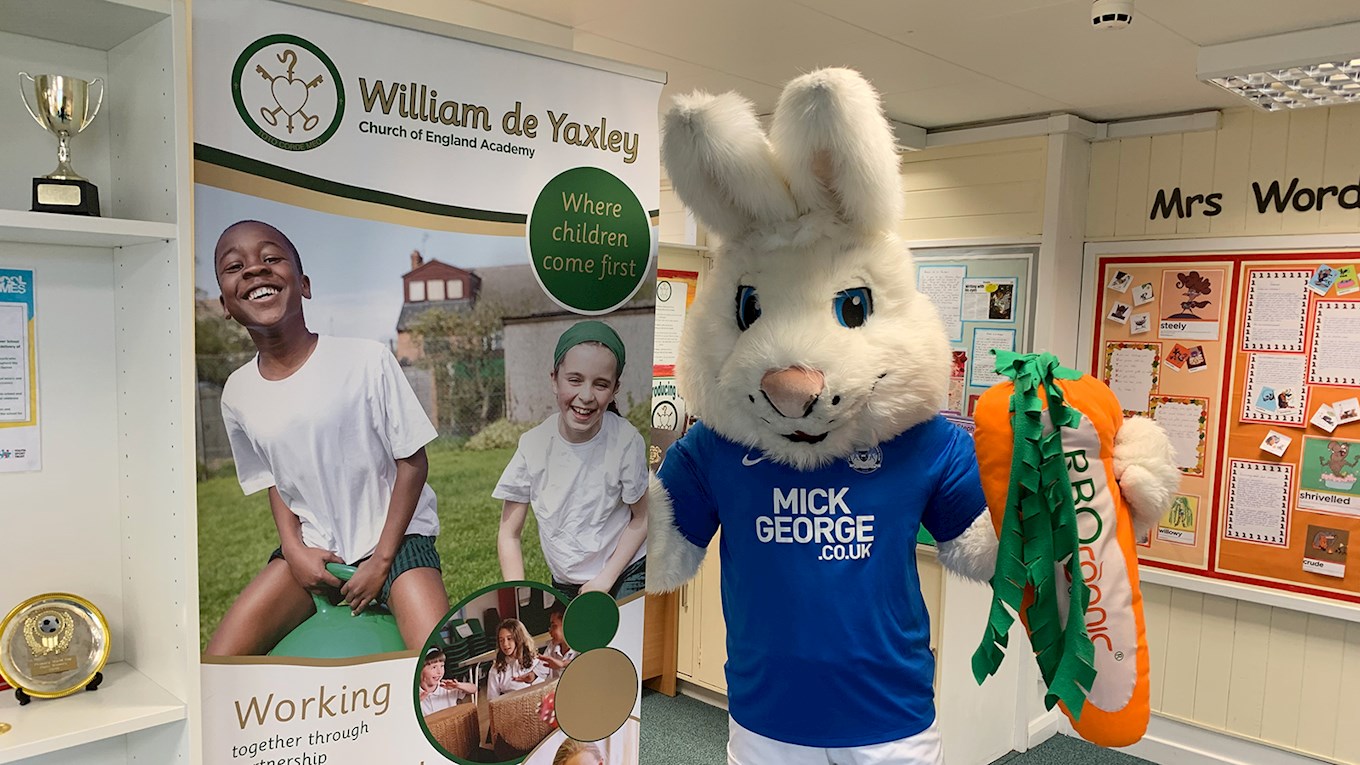 The Peterborough United Schools Initiative continued with a visit to William De Yaxley Primary School where we delivered an interactive 14-minute assembly featuring an appearance from mascot Peter Burrow.

“Every pupil at the school received a free ticket so we hope they take up the offer and come to a forthcoming game at the Weston Homes Stadium.”