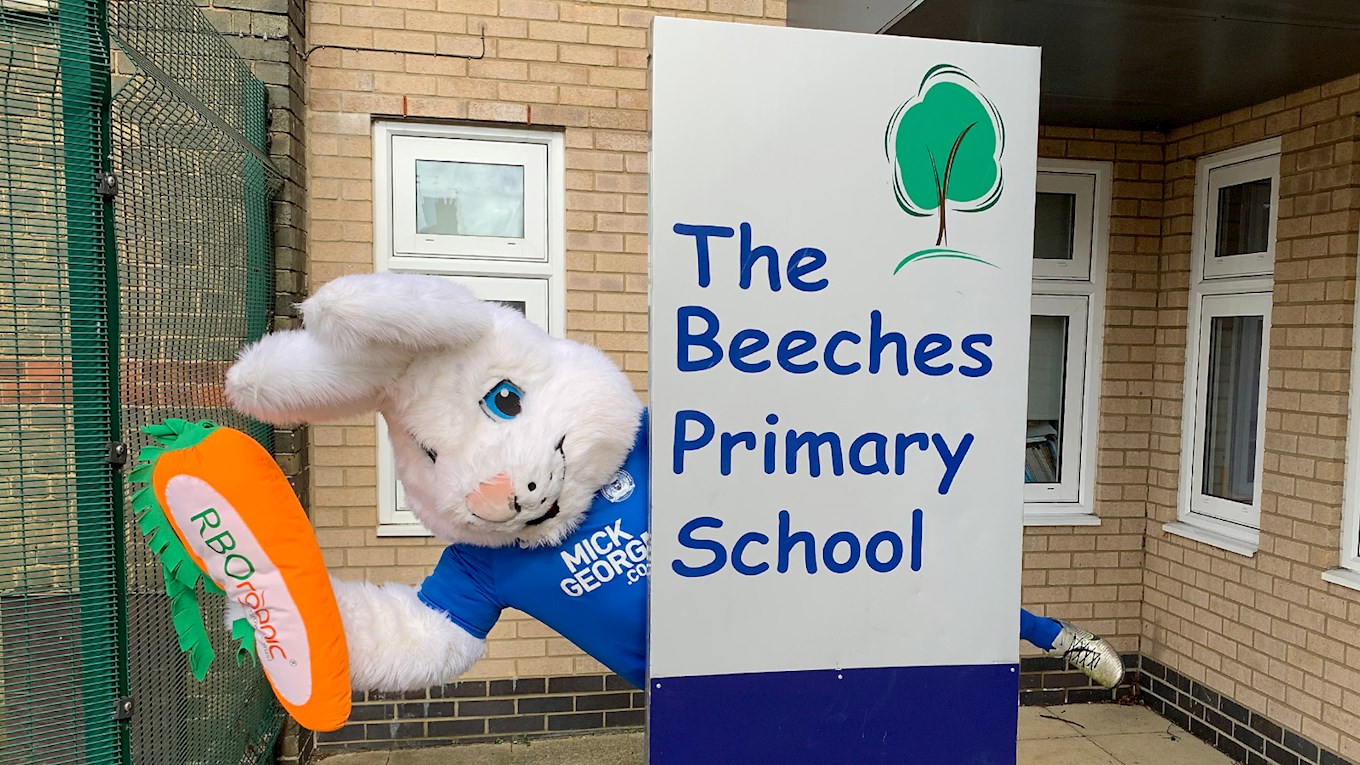 The Peterborough United Schools Initiative continued with a visit to Beeches Primary School where we delivered an interactive 14-minute assembly featuring an appearance from mascot Peter Burrow.

Every pupil received a FREE ticket for a forthcoming game with an adult also admitted free of charge. Press Officer Phil Adlam said: “We delivered two assemblies at Beeches Primary School, one for Key Stage One and for Key Stage Two and received a very enthusiastic response from the children and the teachers. We hope they take up the opportunity to come and watch us play at the Weston Homes Stadium.”