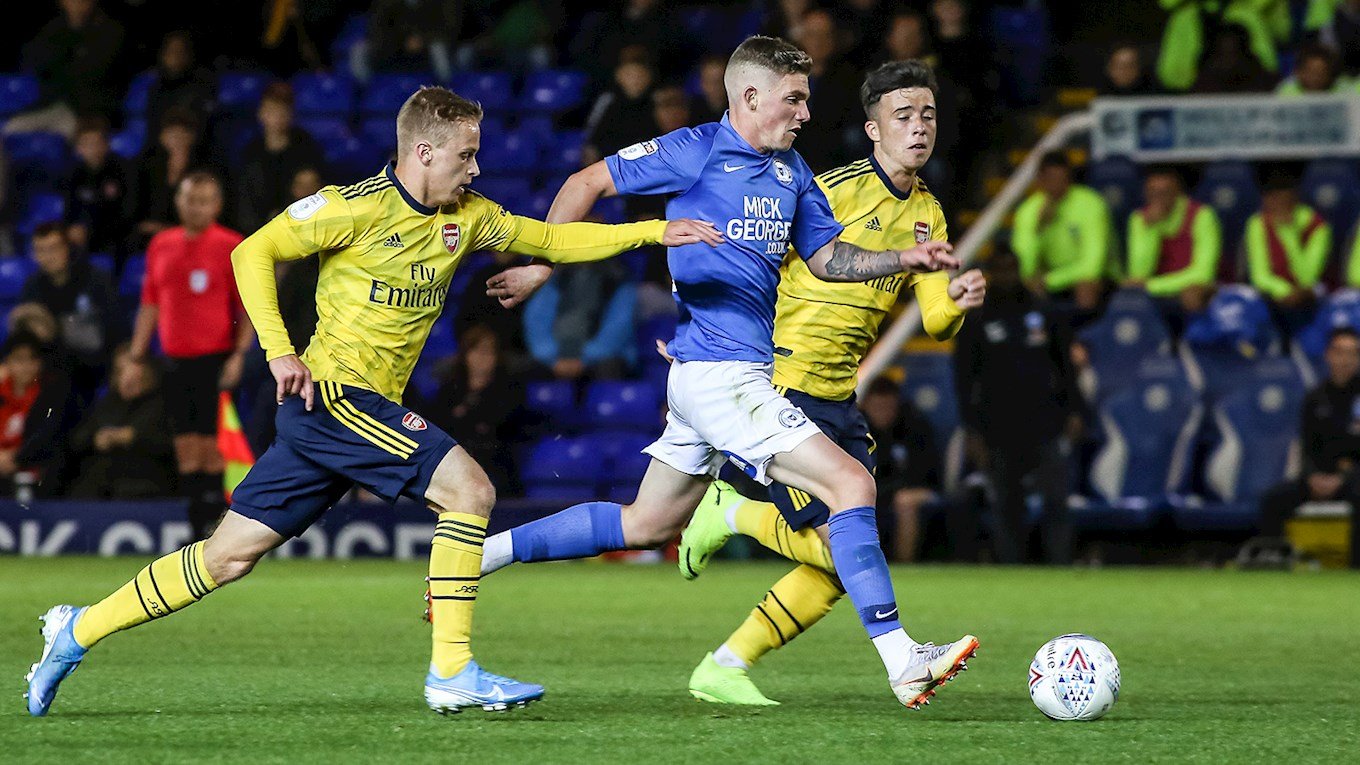 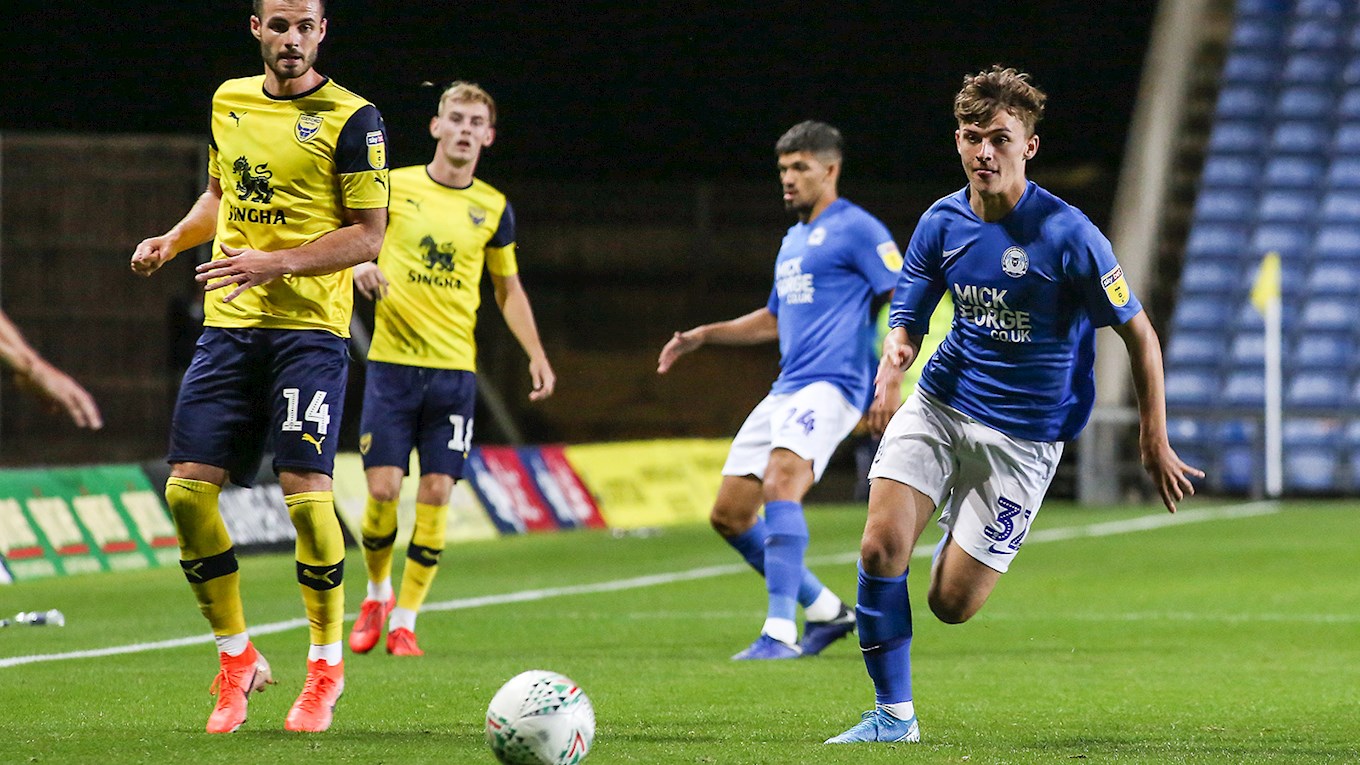 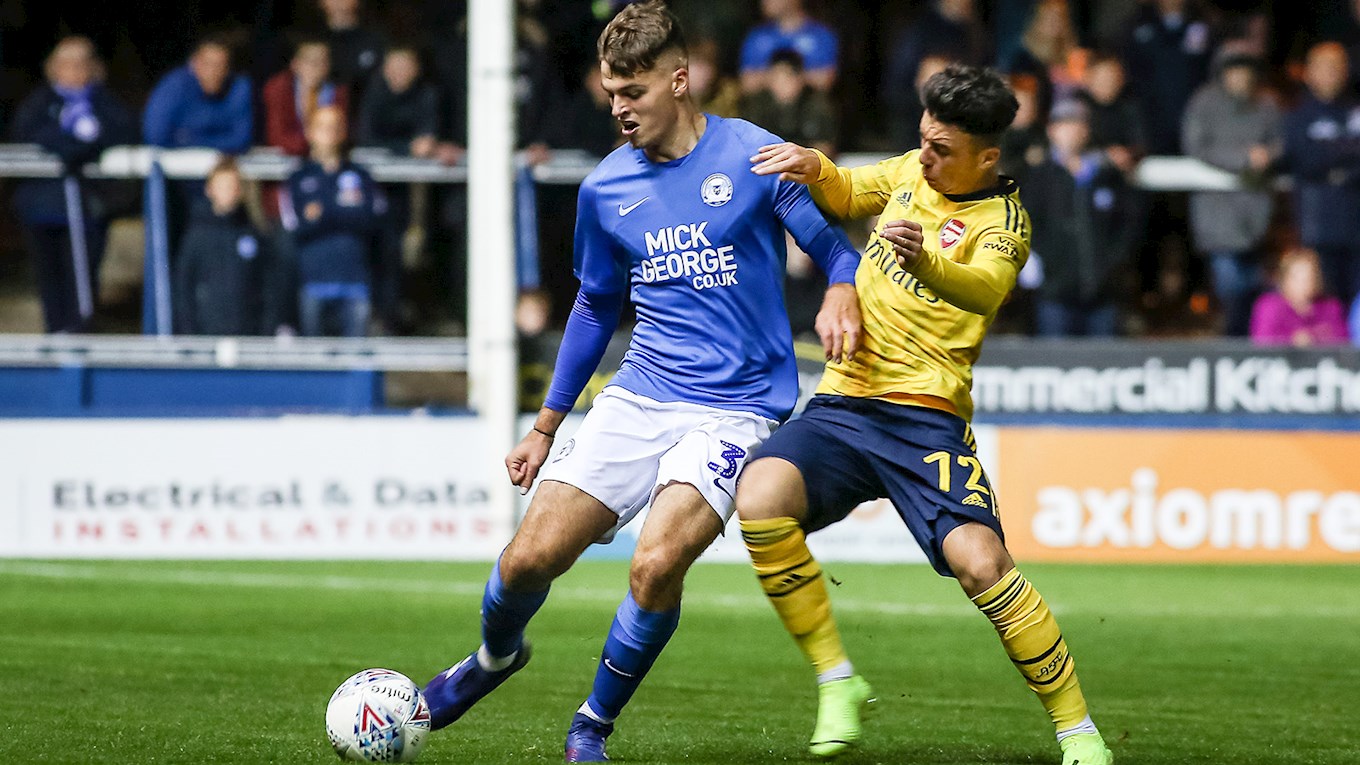 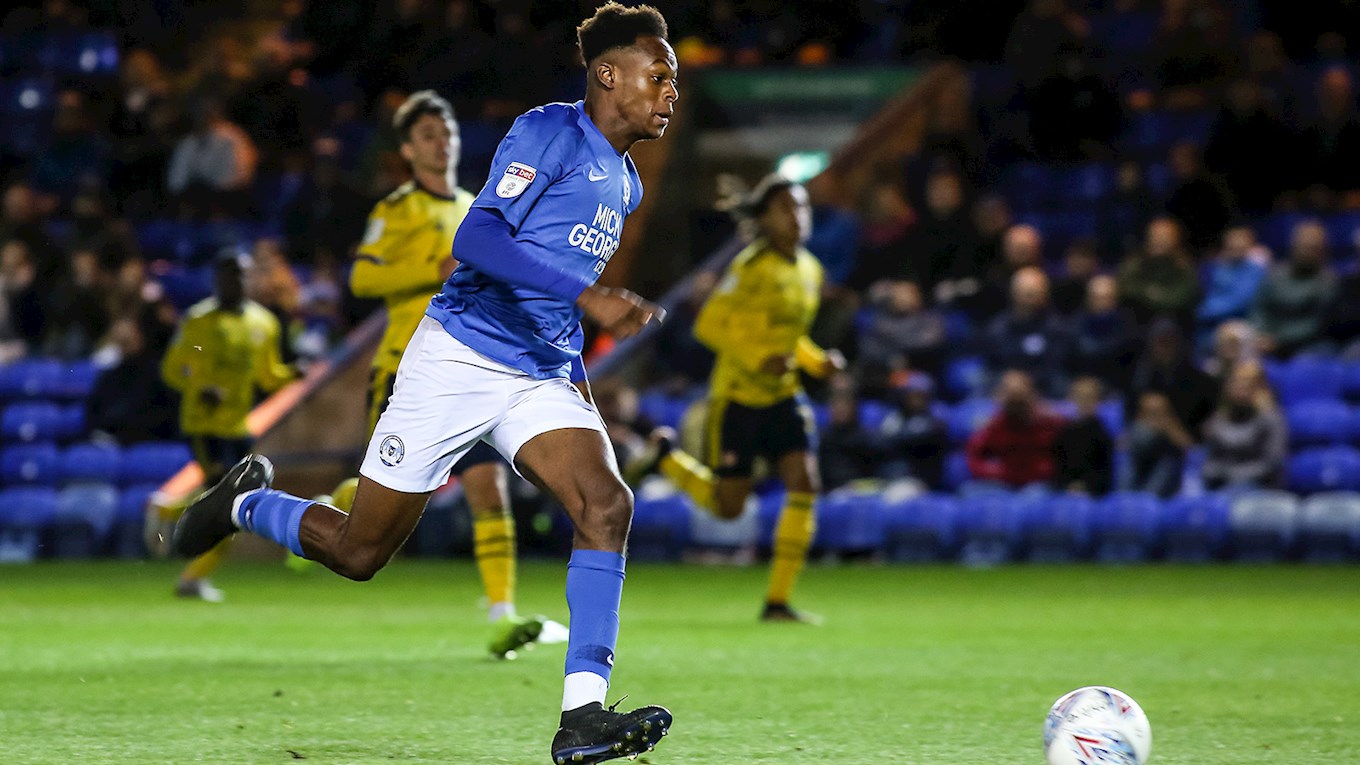 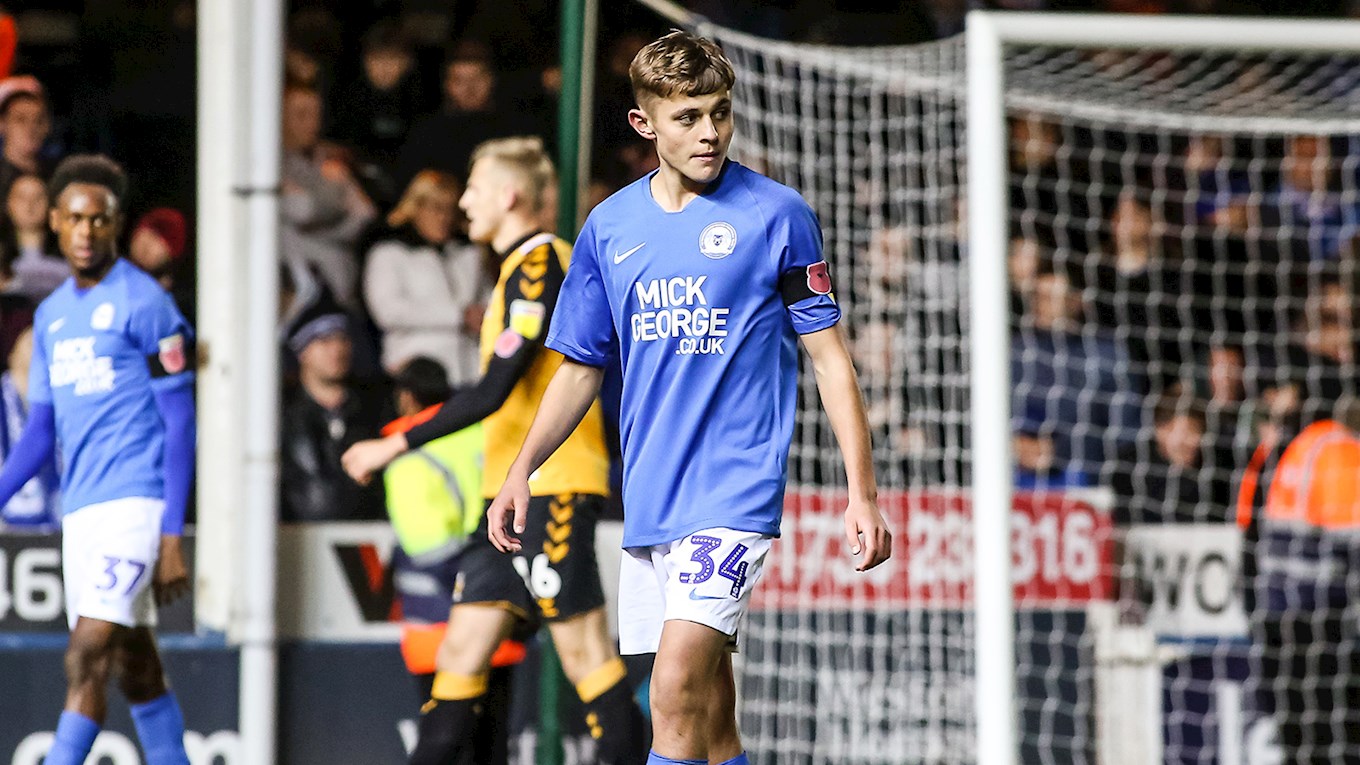 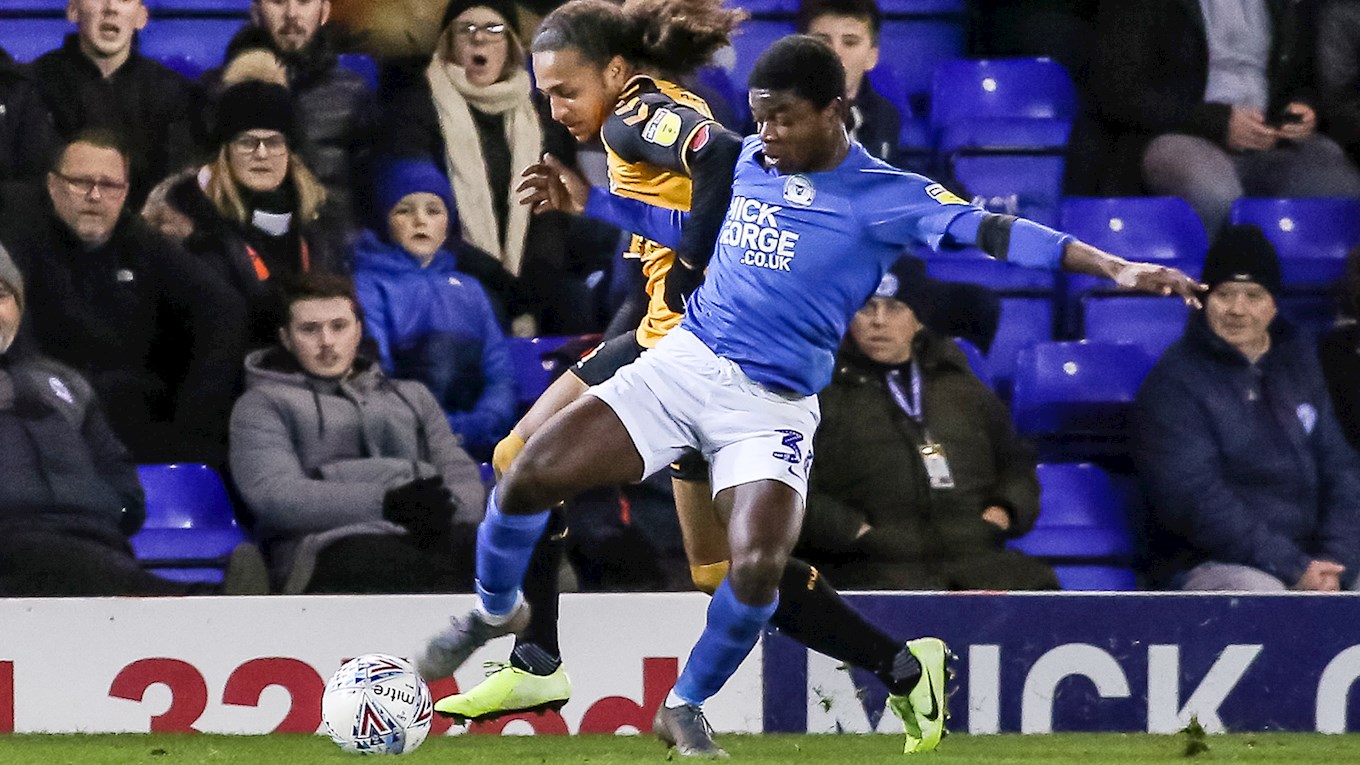 Throughout the 2019/20 season, six Peterborough United Academy players have made their Posh debuts for the first-team with a further five players being involved in first team squads.

Here, we look back at each player to have made their first team debut this season.

Harrison Burrows v Oxford United (13th August 2019)
Harrison Burrows, aged 17 at the time, made his first-team debut during the narrow defeat at Oxford United in the Carabao Cup first round back in August. The versatile midfielder came off the bench in the 75th minute, replacing club legend George Boyd. He went on to make his league debut a few weeks later during the 4-0 away win at MK Dons. Now 18, Burrows has been at Peterborough United since the age of 9 and has, this season, appeared for the first-team on 10 occasions, including starts against Stevenage in the Emirates FA Cup and Burton Albion in Sky Bet League One.

Kyle Barker v Arsenal Under 21s (1st October 2019)
Young midfielder Kyle Barker started the Leasing.com Trophy win over Arsenal Under 21s back in October, making his first team debut for Peterborough United. Barker is a former Posh Youth Team captain and signed a first professional contract with the club in March 2019. Since making his debut, Barker has started two more games, both in the Leasing.com, as well as coming on as a second-half substitute at Premier League side Burnley in the Emirates FA Cup. Barker is now currently on-loan at National League side Wrexham, managed by former Posh midfielder Dean Keates.

Sam Cartwright v Arsenal Under 21s (1st October 2019)
Central defender Sam Cartwright made his first-team debut in the Leasing.com Trophy win over Arsenal Under 21s, playing the full 90 minutes. Since signing his first professional contract with the club in October 2017, Cartwright has had to remain patient for his chance, and following a successful loan spell at Kettering Town, he has started two games for the first team this season.

Ricky-Jade Jones v Arsenal Under 21s (1st October 2019)
Highly-rated striker Ricky-Jade Jones has burst onto the scene since making his Posh debut as a second-half substitute against Arsenal Under 21s in the Leasing.com Trophy, aged just 16. He backed up that cameo with a goal on his first start for the club, scoring in the win over local rivals Cambridge United at the Weston Homes Stadium. He went on to sign a first professional contract on his 17th birthday and has, to date, scored four goals in 16 appearances for the first team, including a goal at Turf Moor as Posh faced Premier League side Burnley in the Emirates FA Cup Third Round.

Archie Jones v Cambridge United (12th November 2019)
Youth Team captain Archie Jones made his first team debut in the Leasing.com Trophy victory over Cambridge United at the Weston Homes Stadium. The central midfielder, who skippered the Under 18s to the league title, has impressed first team management with his calmness on the ball, work-rate and technical ability and has been rewarded with several appearances in the Under 23s before making his first team bow back in November. Jones is another player, who has been with Posh since the age of 9.

Benjamin Mensah v Cambridge United (12th November 2019)
Highly-rated defender, Benji Mensah, came off the bench to make his first-team debut during the Leasing.com Trophy victory over local rivals Cambridge United back in November. Aged just 16 years-old, Mensah put in a strong and commanding performance at right-back leaving supporters impressed with his cameo appearance. The young defender has played a key role in the Youth Team’s League campaign this season, which resulted in Matthew Etherington’s side lifting the Youth Alliance League trophy and is highy-rated by management staff at the football club.

Aside from the six player mentioned above, it is also worth noticing that a further five academy players have made a first team match day squad this season. Peterborough United Manager Darren Ferguson is a firm believer in that if you are good enough then you are old enough and he would of believed that each player picked to be in his squad would be there on merit.

It is important to recognize the achievement of those players, who are Flynn Clarke, Luke Harris, Khaya Roudette-Gregory, Shaun Ruzvidzo and Brad Rolt.