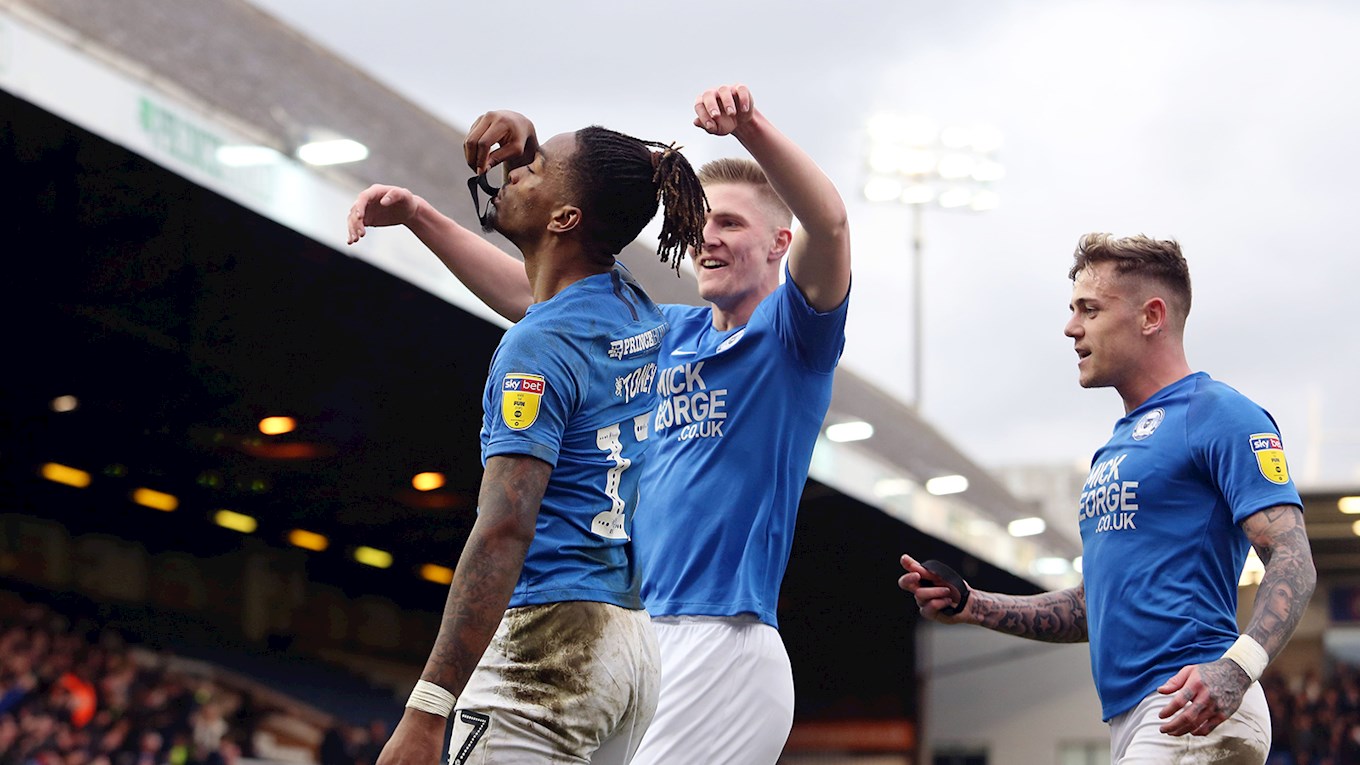 Match report for Peterborough United vs Portsmouth on 07 Mar 20

Posh put in a near perfect performance to defeat promotion rivals Portsmouth 2-0 at the Weston Homes Stadium.

Peterborough United moved back into the play-off positions in League One after a faultless display against promotion rivals Portsmouth at the Weston Homes Stadium with a goal in each half from Dan Butler and Ivan Toney securing all three points.

Dan Butler fired over inside the opening seven minutes after his initial free-kick was blocked as the physical presence of Ivan Toney caused problems. Jack Whatmough was cautioned for a foul on Dembele on the quarter hour mark by referee Mr Yates.

Goalkeeper Alex Bass produced a fine stop to keep out Sammie Szmodics on 23 minutes after Toney and Dembele had linked well to send the on-loan Bristol City man into a bit of space. At the other end, Christy Pym produced a sharp stop at his near post to keep out a fierce drive from Marquis following a long clearance from Bass.

McGeehan flashed a shot well wide of the target on 29 minutes after a neat interchange on the edge of the box. Posh found the breakthrough on 32 minute and what a goal it was, Siriki Dembele with some outrageous skill to beat his man, his cut back found Szmodics who saw his shot blocked but in the ensuing melee, Dan BUTLER fired home with his left-foot against his former club.

Bass produced a superb reaction save to keep out Toney from point blank range less than two minutes later after a wonderful cross from Ward had caused plenty of panic for the Pompey rear-guard. Reece Brown was cautioned for a foul by referee Mr Yates on the stroke of half-time.

Niall Mason replaced Nathan Thompson at the start of the second half with Ross McCorie replacing Whatmough for the visitors. Bass produced a fine stop to keep out a curling Toney free-kick on 51 minutes after he himself had been felled around 30-yards from goal.

Dembele was next to be denied by Bass as he made a good stop to hold onto a poked volley from the diminutive front man. Williams fired a half volley well wide on 56 minutes following a half-cleared Cannon free-kick.

Toney then fired wide at the other end with his left-foot after cutting inside the substitute McCrorie. Toney powered a header from a corner straight at the keeper on 75 minutes as Josh Knight replaced Brown in the Posh midfield.

Toney fired wide from the edge of the box before Cannon was cautioned for a foul in the build-up. Naylor was booked for a foul on Dembele right under the nose of the referee as the game entered the final 10 minutes. Szmodics then saw a low shot pushed around the post by the excellent Bass after a clinical counter attack led by Dembele.

Posh made it 2-0 on 85 minutes and what a goal it was, a huge clearance from Pym found TONEY, he had no right to even get a touch to the ball, let alone acrobatically fire it into the roof of the net with his left-foot. Raggett was cautioned in stoppage time for a foul on man of the match Ivan Toney.