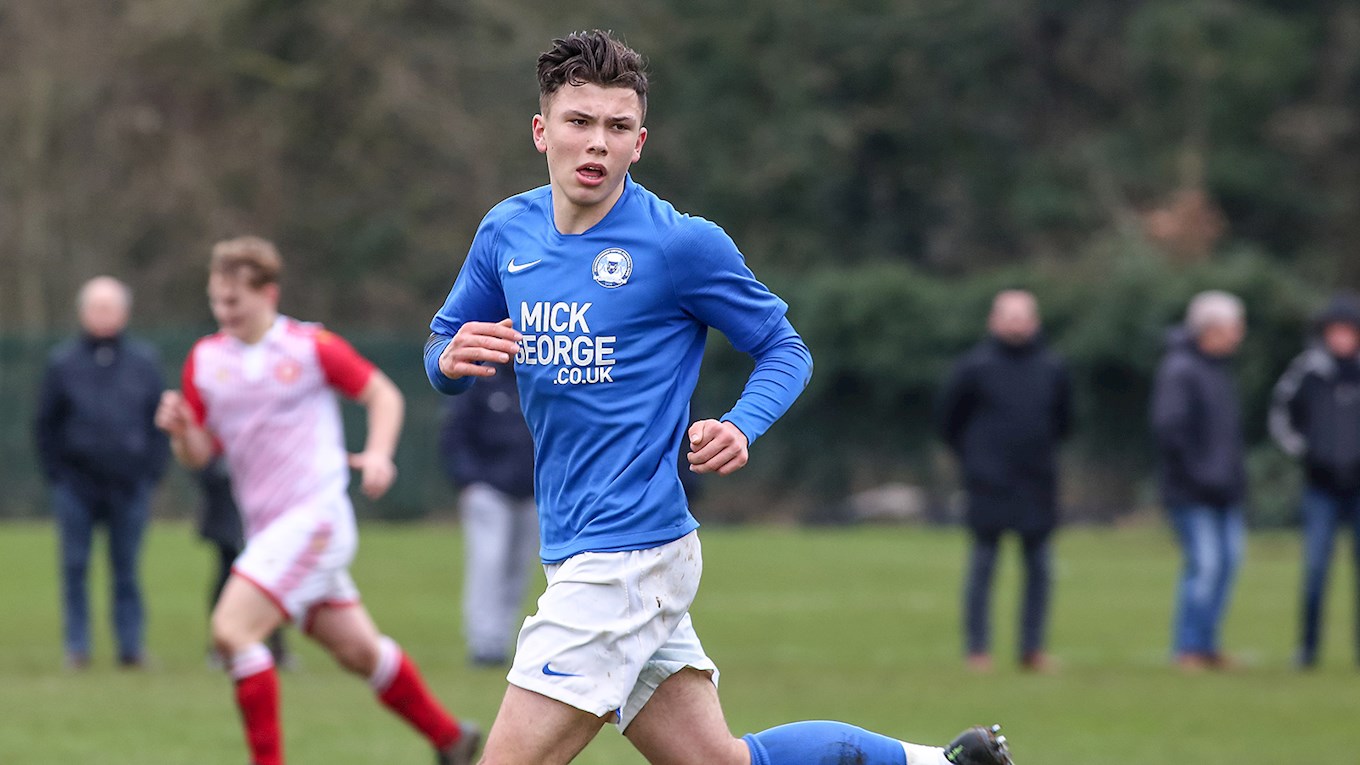 Connor Peters and Charlie O’Connell on target in victory for Posh under 18s.

The Peterborough United under 18s, like the first team, defeated Portsmouth 2-0, with goals from Charlie O’Connell and Conor Peters securing a comfortable home victory at the Mick George Training Academy on Saturday morning.

O’Connell netted from the spot while Peters lashed home from close-range, his strike finding the inside of the post before nestling in the side-netting. Manager Matthew Etherington was pleased with his young side’s performance, particularly given the improvement shown in the week since a 1-0 defeat to AFC Wimbledon.

“In the first half we started slowly but grew into the game and deservedly went into the break 1-0 to the good. I said at half-time that I wanted a bit more and in the second half we were good. I wanted to see an improvement from last week and we saw that, particularly in the second period. We limited them to very few chances and what chances they did carve out came from set-pieces, which is an area we need to brush up on.

“We moved the ball well and created chances. It was good to get a clean sheet. Will wasn’t called upon that often, but what he did have to do he did well. We had a very young side out there; a number of 16-year-olds were involved and Adler is only a 15-year-old. For someone that young to play 90 minutes in an under 18 game was really encouraging.

“Charlie was our skipper with Archie Jones going out on loan. We feel he has good attributes to lead; he shows a lot of professionalism on and off the pitch and he will have the armband for the Merit League campaign and we will see after that moving forward.

“We have a few players coming back from injury and they all got 30 minutes under their belts including Luke Harris and they will play 45 in a re-arranged game against Southend on the 3G on Tuesday evening.”