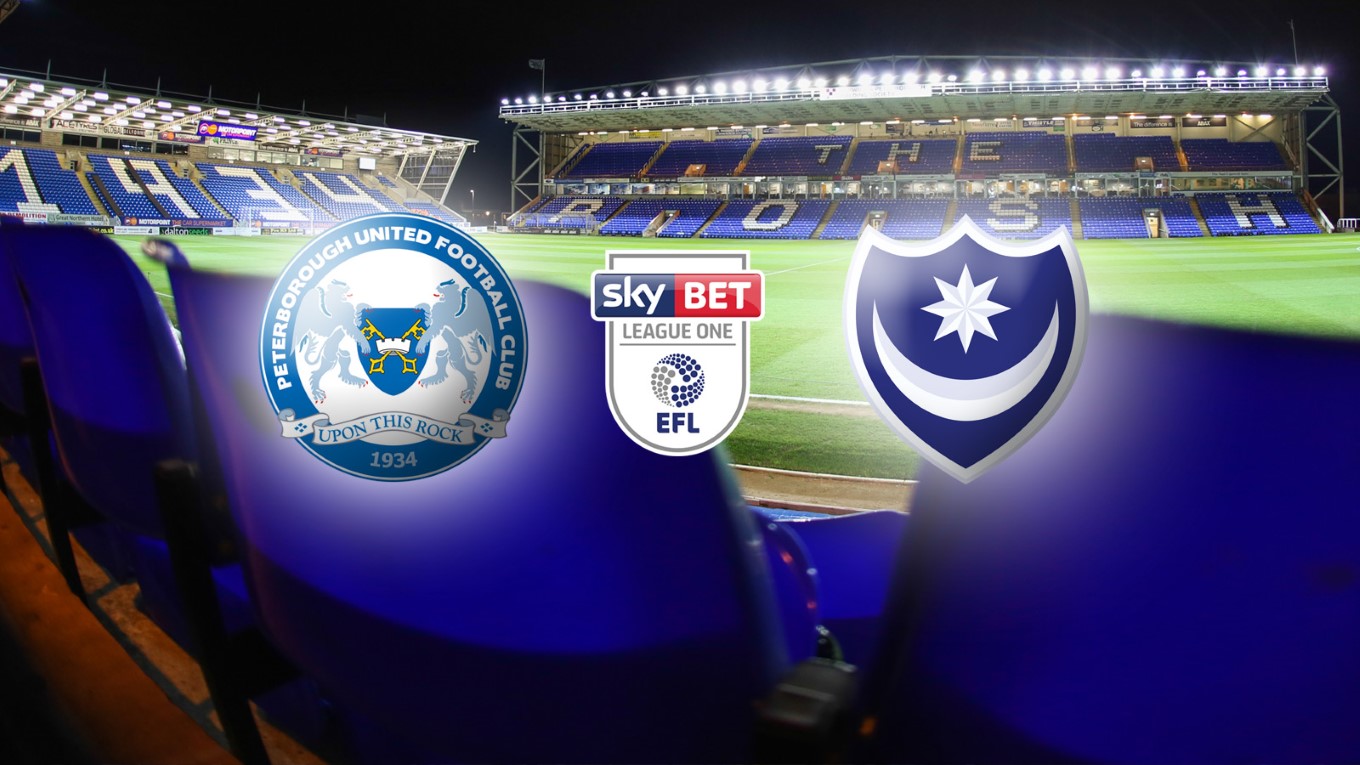 Match preview for Peterborough United vs Portsmouth on 07 Mar 20

Posh entertain Portsmouth at the Weston Homes Stadium on Saturday.

Peterborough United welcome Portsmouth to the Weston Homes Stadium on Saturday (3pm) in Sky Bet League One action with both sides very much in the mix for promotion to the Sky Bet Championship.

A win for Darren Ferguson’s men would take them above Portsmouth in the league table although with so many sides tightly bunched together in the standings, the eventual position come 5pm could be any one of five positions and that is with three points bagged.

Pompey and Posh have both enjoyed superb home form with Kenny Jackett’s men among the in-form teams in the division, winning their last league game 3-0 against Rochdale before defeat to Arsenal in the FA Cup on Monday evening.

Posh are without the services of centre back Frankie Kent due to injury but do welcome back striker Ivan Toney from suspension. Mo Eisa, who scored in the 1-1 draw with Burton, Siriki Dembele and Toney will be likely fighting for two spots in the starting line-up.

Portsmouth are without influential centre back and former Posh defender Christian Burgess after he reached 10 bookings for the season. Jack Whatmough and Paul Downing are vying for his position with Tom Naylor also an option. Ellis Harrison and John Marquis are likely to be fighting for the number nine slot with Ronan Curtis in fine personal form.

“Portsmouth are managed by an experienced boss, they have good players and are in excellent form. We know it will be a difficult game, but at this stage of the season, every team you face can pose different challenges for you. We know that if we win, we go above them and that is the carrot that is dangling in front of us. It will be a good crowd, I am sure it will be a good atmosphere and we are all looking forward to the game,” Darren Ferguson said.

“Peterborough are free-scoring, but everyone wants to be involved at this time of year, with everything we’ve got to play for. We’re chasing a place in the Championship and have a Wembley trip to look forward to and the bigger the game, the better.

"We haven’t been out-played in any game so far this season, but there are some details we have to get right on the road. We will, of course, do our homework on our opponents, show plenty of respect and try to contain them.

“But the important thing is to give them some problems, have some shots, score goals and find the right balance. We haven’t been out-played in any game so far this season, but there are some details we have to get right on the road.

“There are a few really big fixtures coming up for us and we shouldn’t be approaching them with a lack of confidence.”

Portsmouth have sold just over 2,200 tickets and will be accommodated in the Motorpoint Stand. It is all-ticket for Portsmouth fans. Tickets in home areas are limited due to encouraging pre-sales. Tickets are available at www.theposhtickets.com, via the Ticketmaster hotline 0844 847 1934 (calls cost 7ppm plus your network access fee) and in person at the Weston Homes Stadium Box Office.

The club will be backing the Kick it Out campaign on Saturday with the players wearing special warm-up t-shirts, a local football team walking out with the Kick it Out banner and the programme features information about the campaign.

There will be a minutes’ applause ahead of kick-off in memory of Groundsman Will Whitney, who tragically passed away aged 21 recently. His family will join the players on the pitch for the applause, which will also be in recognition of Stuart Gray, a scout who worked with the first team management and Academy.

The fan zone will be open from 1pm featuring inflatables, a live performance from local World Champion dance crews from Urban Dance Academy and much more including a presence by Vodafone. The Salvation Army will be performing in the concourse of the South Stand and at half-time, local boxer Jordan Gill will be talking about his latest fight.