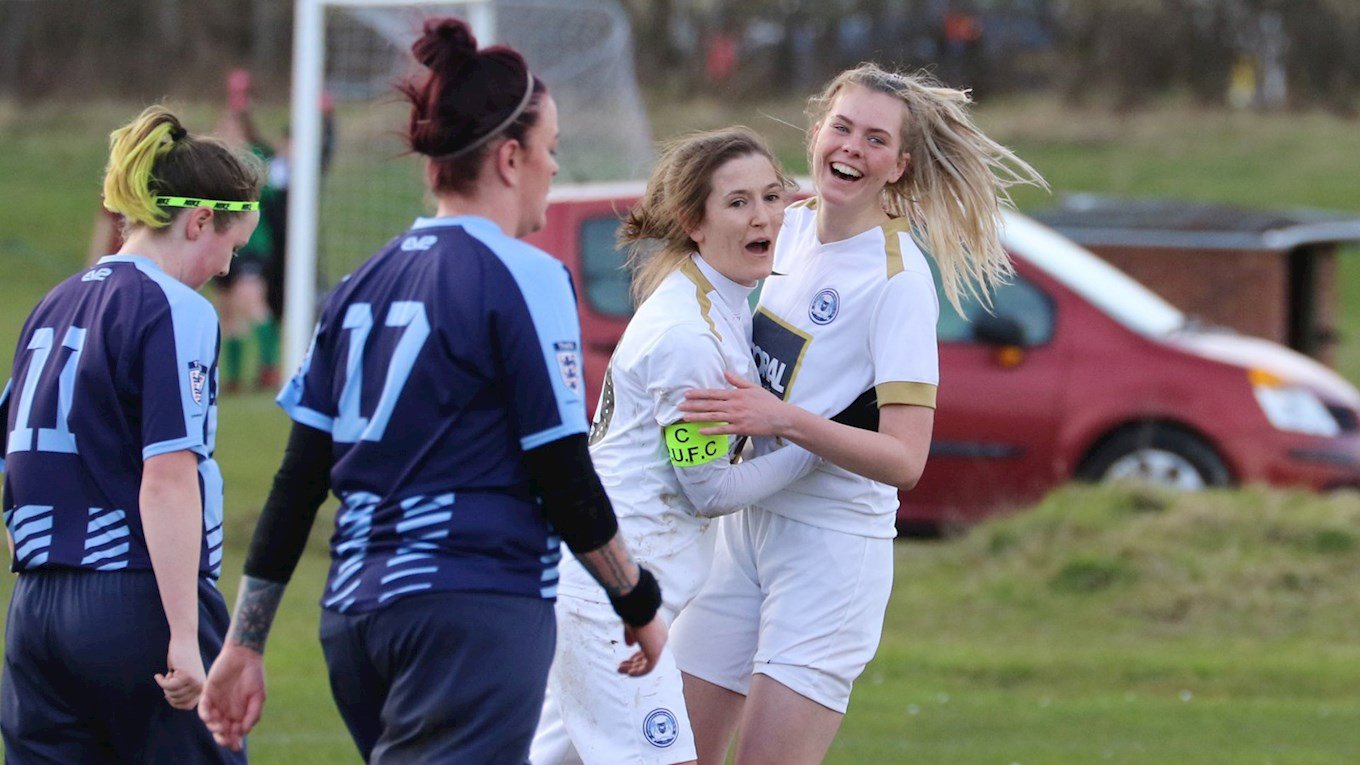 Posh Ladies leave it late to secure all three points at Rise Park.

On paper, top against bottom, 37 points apart and a goal difference of 84, the trip to Rise Park Ladies might have been seen as an easy three points, but football is not scripted. Yet again, a strong wind was to affect the game and it blew strongly down the ground.

Still missing Skipper Keir Perkins, it gave Posh the opportunity to call up one of the young talents from the Reserve squad, Molly Orr-Love. Posh had the wind at their backs in the first half but were never able to master the pace on the ball meaning most attacks found their way into the hands of the excellent Rise Park goalkeeper.

But on 31 minutes Posh took the lead, when the ball found Stacey McConville out wide and she dinked the ball onto the head of Hannah Pendred who bravely headed home under immense pressure from their keeper.

With just four minutes to the half-time break, Rise Park made it 1-1 when an excellent delivery from the corner was headed home. Within three minutes of the restart Rise Hill took the lead. A long ball with assistance from the wind found their lone striker and she deftly lobbed Sophie Powell giving her no chance.

Yet again though, substitutions were to affect the game positively for Posh and the never say die attitude of the team kicked in. After almost constant pressure on the Rise Park final third, Posh equalised on 79 minutes. McConville squared across the box and the impressive debutant Orr-Love was there to turn the ball into the net.

It was all Posh now and the winner came on 89 minutes when one of three very strong penalty shouts was given after the ball found a Rise Park hand. As always, the cool and experienced head of Donna McGuigan stepped up and confidently scored.

The icing on the cake was to come when news filtered through that nearest league rivals Mansfield Town and Rotherham United had both suffered surprise defeats meaning a 14 point lead at the top.

Next up for Posh, a home league match on Sunday 22nd Match when they entertain Rotherham United in another key league fixture.