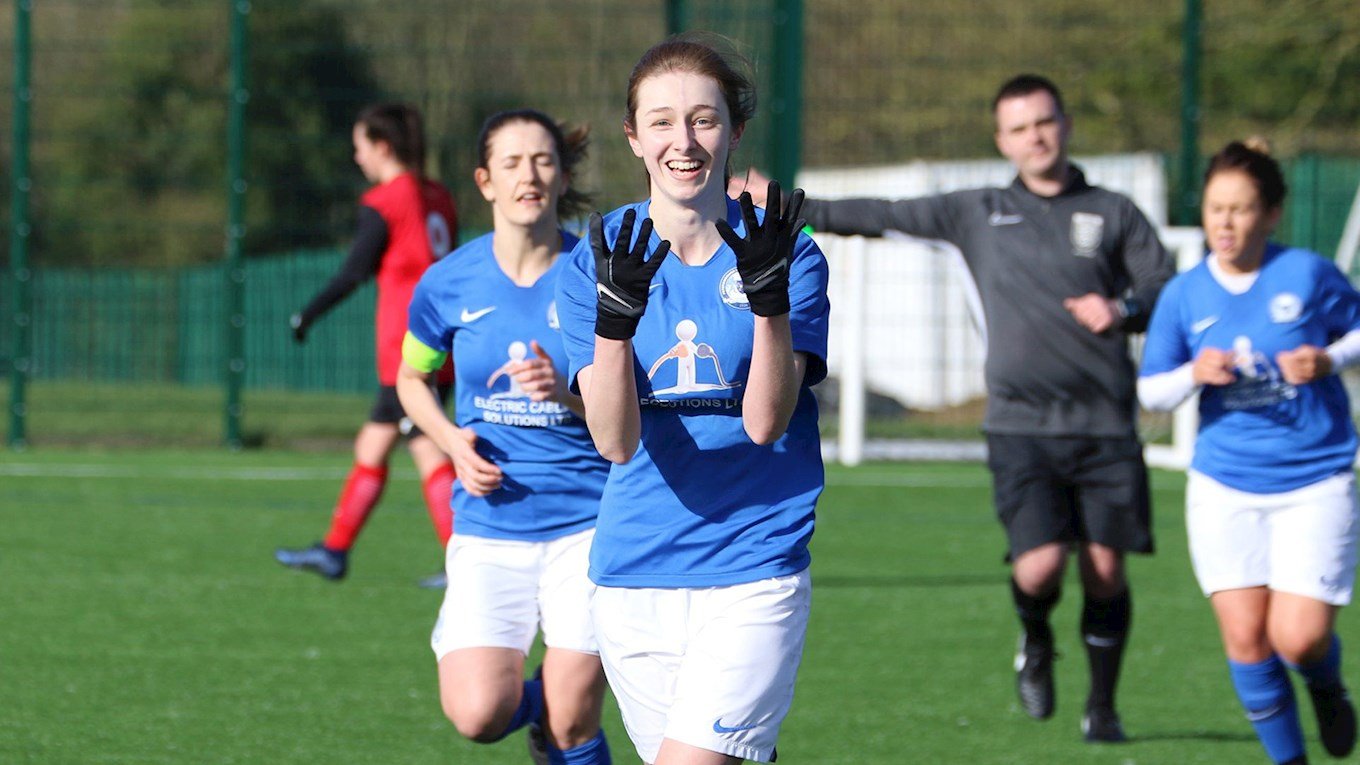 After last week’s excellent League Cup victory over Rotherham United, the Ladies were back in league action against Leicester City LFC. After a somewhat tight 4-1 victory over this opposition away from home in the league earlier in the season, nothing was being taken for granted, especially after influential Captain Keir Perkin’s injury the previous week.

Posh were to get out of the traps quickly and it set the tone for the match. Wave after wave of attack saw the Leicester keeper extremely busy keeping Posh at bay but on 19th minutes Stacey McConville played Laura Dodwell through on goal and she slotted confidently home. On 27 minutes the second goal came, an excellent corner from Megan Parrett found Laura Patrick and she firmly headed home. Further goals from McConville, Hannah Pendred and Donna McGuigan (2) after often exceptional approach play completed the scoring for the first half.

Straight onto the front foot from the whistle, Posh again took the initiative to press the Leicester back line. The 7th Posh goal came on 59 minutes and it was the goal of the game. Some superb interplay between Emma Stevenson and Pendred saw the latter through on goal and she made no mistake from six yards.

The stylish and confident passing from Posh was carving out chance after chance and this saw McGuigan (2), Dodwell (2) and Parrett all net in a period of 20 minutes with one of the goals being a product of a passing move involving seven players.

The 13th and final goal arrived on 88 minutes as Dodwell shot from the edge of the box, the keeper parried the shot, but it cruelly spun back past her despairing lunge for Dodwell’s 4th of the game.

The important clean sheet was kept and Sophie Powell’s only real work came late in the game as she got down smartly to smother Leicester’s only shot on target.

Although a dominant score line, Peterborough United Ladies were not gifted a win and had to work hard and maintain a positive attitude for the whole 90 minutes. Although not tested often, the defence was excellent in dealing with anything thrown their way and often initiating attacks.

It is another very good three points with league rivals Rotherham United’s game being called off and Mansfield Town playing out a draw the gap has widened at the top but still a lot of football to be played.