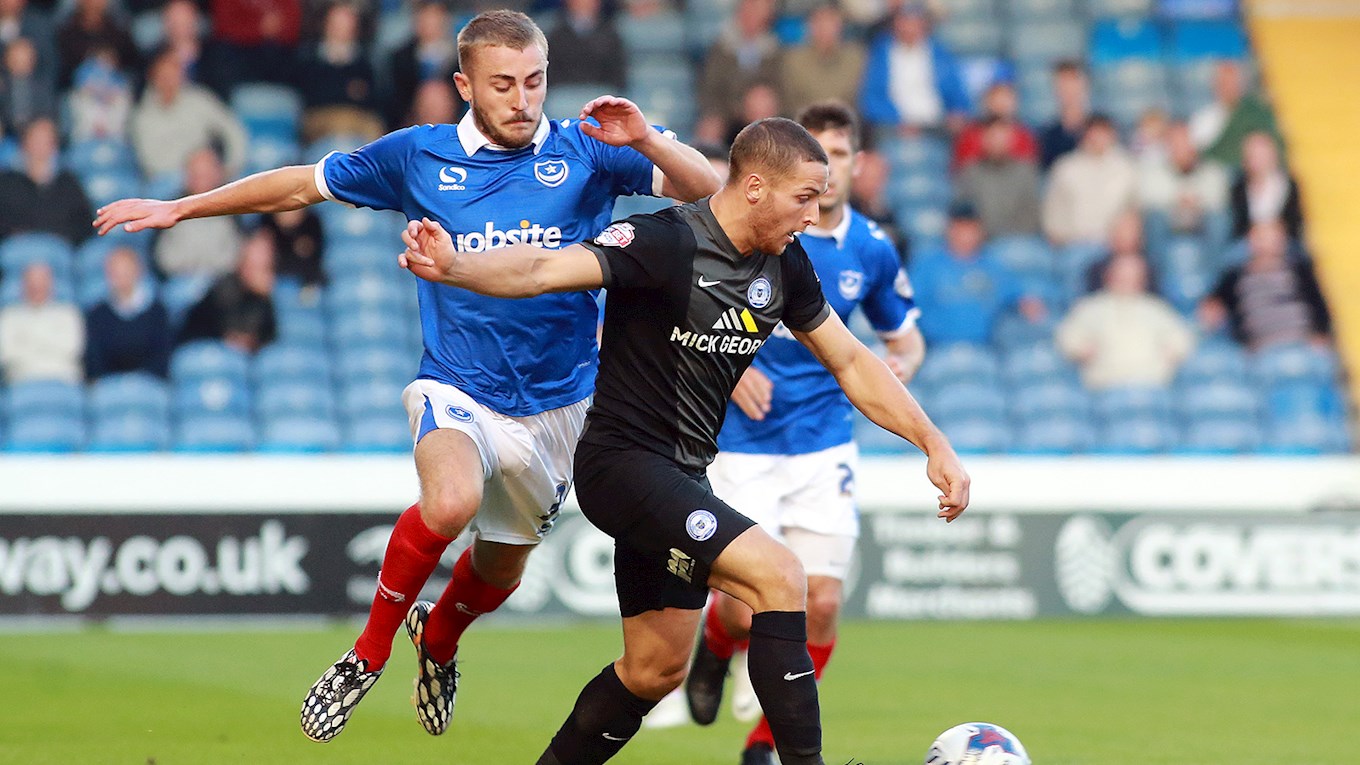 After spending over 10 years of his life at Fratton Park, it is understandable to learn that Portsmouth was one of the first fixtures that defender Dan Butler looked out for when they were released back in June 2019.

After joining from Newport County, the opportunity to face his former employees was one that he was looking forward too. A 2-2 draw at Fratton Park earlier in the campaign was a positive experience for both Butler and the team as they put in a spirited performance and given the recent run of form from Kenny Jackett’s men in front of their own supporters, that point was not to be sniffed at.

On Saturday, Portsmouth and over 2,000 supporters will visit the Weston Homes Stadium. It is a big game for both sides. A win for Darren Ferguson’s men would lift them above Portsmouth in the incredibly tight Sky Bet League One table with 10 games to go.

“It’s a big game for both teams this Saturday and I have no doubt Portsmouth will soon be back where they belong no matter what happens in this game. We’ve done well against the top League One clubs lately so we will go into the game with confidence. It is a game that we are all looking forward too,” Butler said.

Butler was on the books of Pompey during a hugely successful spell for the club. With hugely talented players like Jermaine Defoe, Patrick Berger, Nwankwo Kanu and many more under contract at the club, their time in the Premier League was almost eclipsed when they lifted the FA Cup in 2008 against all odds.

Butler thoroughly enjoyed his time with the club but admitted that it was the right time to leave the club for first team opportunities. At Newport, he enjoyed tremendous success and made 60 appearances for the club last term as they reached the play-off final at Wembley Stadium.

“I had the best time of my life at Portsmouth,” Butler said. “It was so exciting to join a Premier League club at the age of 10. Of course, at that age you think you will one day play for the club in the Premier League. You don’t know any different then.

“The reality turned out to be different and by the time I turned professional, but It was still a great place to play though. Portsmouth fans are incredible no matter what division they are in. They create a fantastic atmosphere and I loved every minute of my experience with them. I am really enjoying my football with Peterborough now and we have a good chance of achieving what we set out to do at the start of the campaign,” Butler added.

Remember that Season Tickets for the 2020/21 season are on sale now - click here for full information.

🎫 Tickets are on sale for this weekend's game vs. Portsmouth and we are calling for all supporters to pack the Weston Homes Stadium and get behind the lads. There are three ways to buy or renew your Season Ticket for the 2020/21 Season: