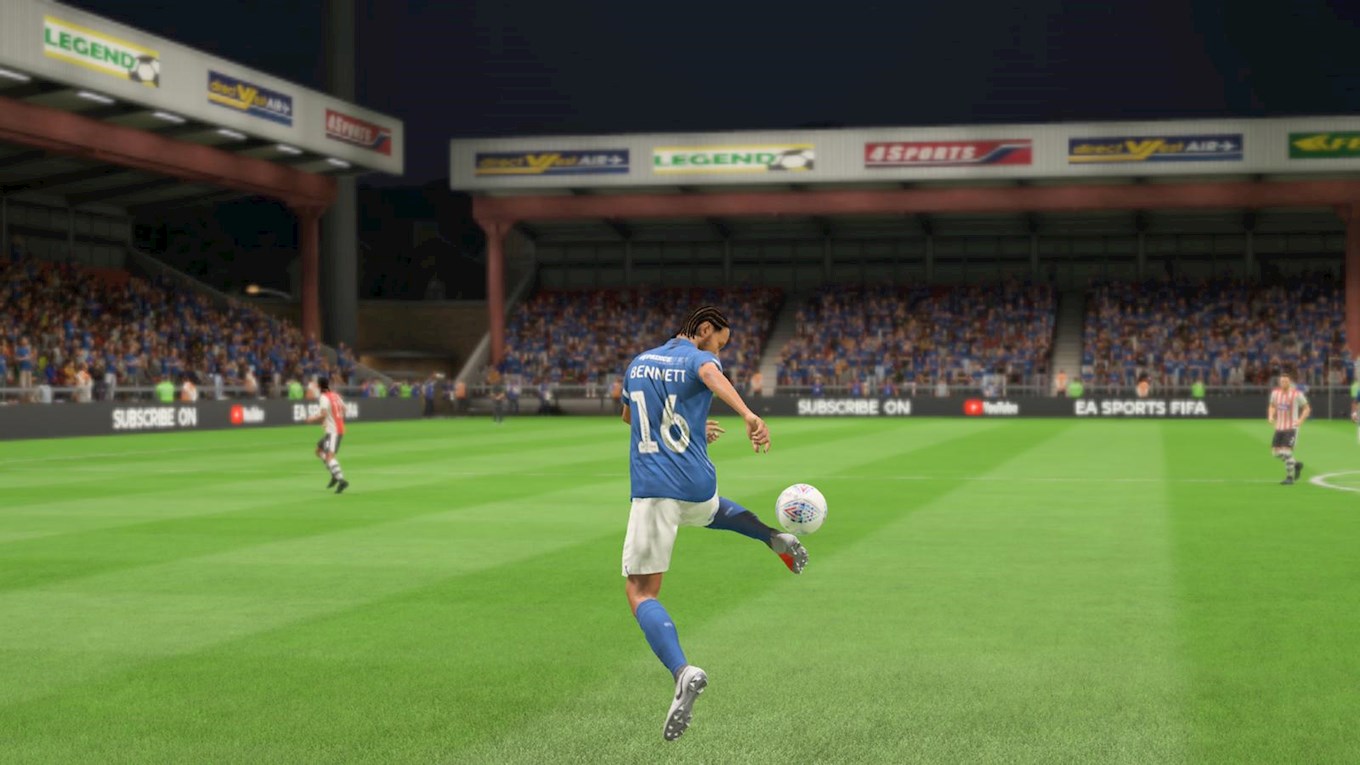 A lot of the first-round ties have already taken place in the inaugural #UltimateQuaranteam FIFA 20 Tournament, which has been arranged by Leyton Orient Football Club and tonight, it is our turn as Peterborough United face Exeter City with a 9pm kick-off.

Representing Posh will be defender Rhys Bennett. A keen FIFA player, Bennett was the obvious choice, however he will be the firm underdog as he comes up against the Grecians representative, who is described by pundits as a ‘professional player’.

He goes by the name of ‘Scultpaa’ in the gaming world and is known by ‘Jack’ in the actual world. Bennett has already selected his XI and unsurprisingly has selected himself. He has named Ivan Toney and Mo Eisa in attack with Sammie Szmodics in the number 10 role. Siriki Dembele, despite his fantastic ‘Toilet Roll Challenge’ is named among the substitutes. Bennett has selected his XI purely based on statistics on the game.

Bennett said: “I am looking forward to facing Exeter tonight in the first round of the tournament. It will be a huge task against a professional FIFA player but I will give 100% and hopefully it will be a good game to watch. Come on The Posh!”

We will be providing updates across Twitter this evening with team-news, post-match reaction and of course you can watch LIVE via Twitch. To watch, visit www.twitch.tv/rhysbeno or www.twitch.tv/officialecfc and get involved in the conversation via the live chat. Rhys will be going live from around 8pm.