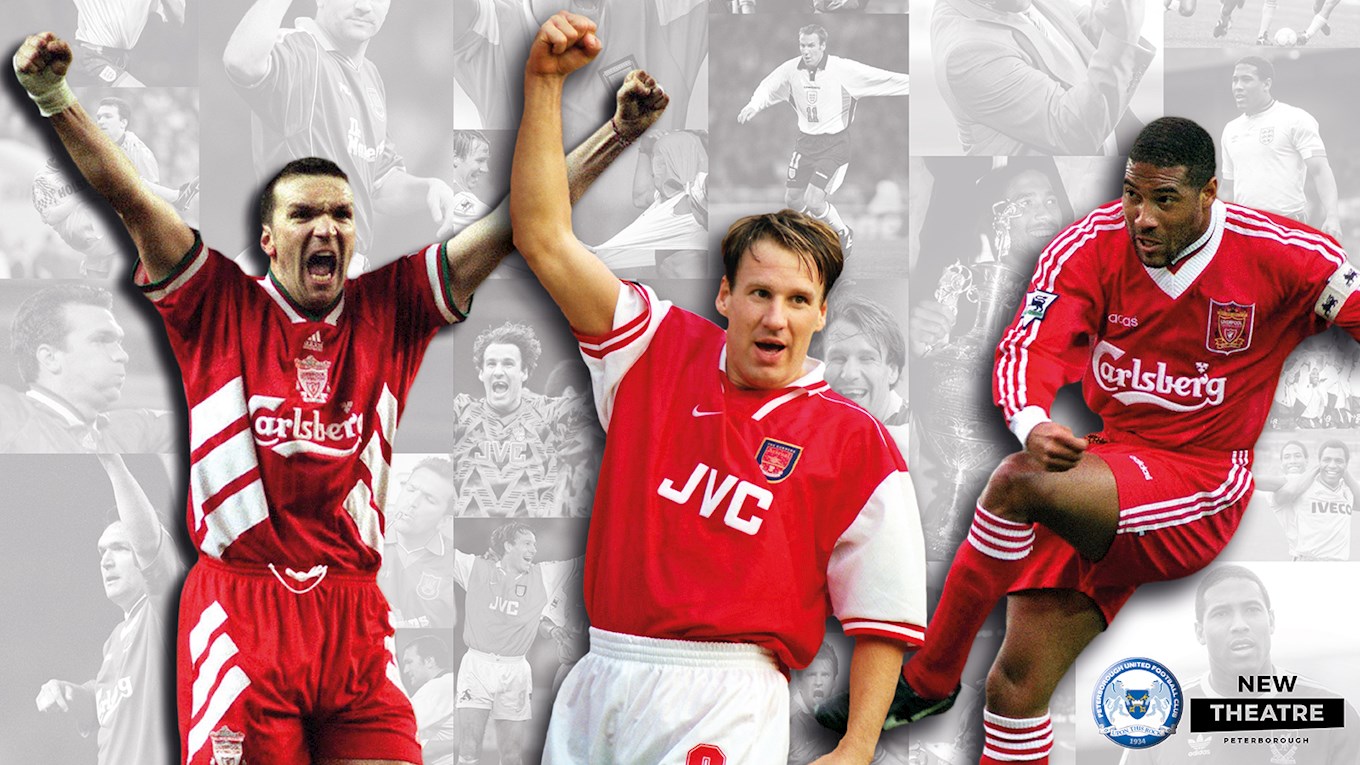 An Evening With Three Legends Of The Game

Peterborough United are delighted to announce an evening with three legends of the game, Paul Merson, John Barnes and Neil Ruddock at the New Theatre in the city centre on Saturday 6th June, with the event kicking off at 7.30pm.

Merson, who made over 300 appearances for Arsenal before spells at Middlesbrough, Aston Villa and Portsmouth at the highest level, and represented England 21 times, representing his country at two major international tournaments.

Barnes, who aside from being a rap god from his appearance with New Order on the 1990 track, World in Motion, made over 300 appearances for Liverpool, scoring 84 goals with 79 caps for his country including at major international tournaments.

All three will talk about their memorable careers in the game with stories from on and off the pitch it what promises to be an evening not to forget. Admission for the event can be purchased for as little as £23 with a VIP upgrade, which includes a meet and greet and a signed picture with the three legends available for £50.

You can purchase tickets here now!