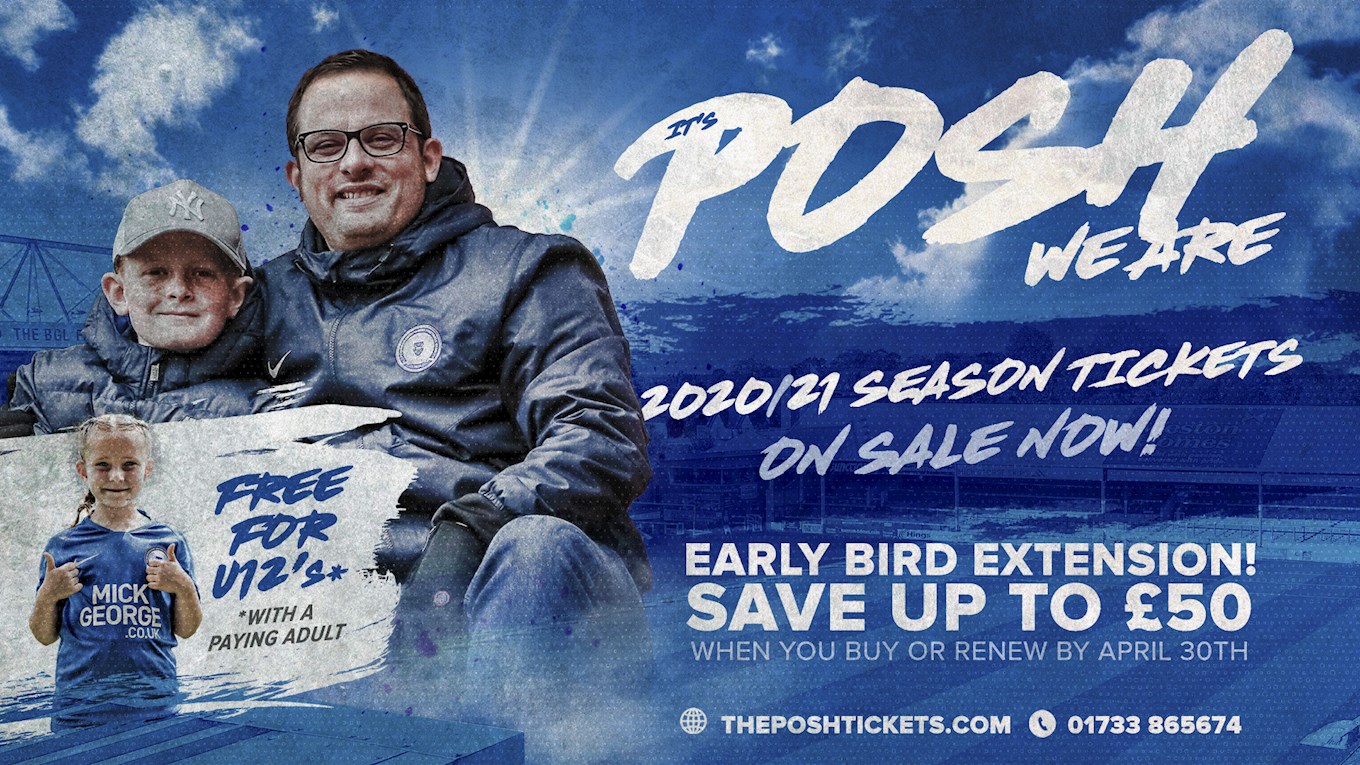 There has never been a more exciting time to be a Peterborough United supporter.

On the pitch, the team are leading the way in terms of excitement and entertainment with Ivan Toney the leading goalscorer in the top four divisions in England and the team currently outscoring everybody else in the EFL. Not only that, but Darren Ferguson’s men have scored more goals at home than anyone else in the Football League and have pretty much monopolised the Goal of the Season competition.

The match day experience at the Weston Homes Stadium and looking forward to the new stadium on the Embankment, is a part of the football club that we are extremely proud of. From developing a fan zone, which includes fun for all the family, as well as entertainment within the stadium itself such as Peter’s Burrow in the concourse of the BGL Family Stand, to introducing an ePos system, which has already provided an improvement on customer service for when fans purchase items from our refreshment bars. The club has been highly commended for this work by the EFL and has once again been given the Family Excellence Award.

The under 18s have just won the Youth Alliance League for the first time this Millennium and substantial investment has been made to achieve a goal ensuring at least three players graduate from the club’s Academy to the first-team squad by the year 2024. The club are also investing heavily in a state-of-the-art dome to take the Academy to the next level, which will also be used by the community.

The Football Club continue to work tirelessly in the community with our hugely successful Schools Initiative which, by the end of the season, will have included visits to 150 Primary Schools, engaging with over 50,000 children. Not to mention the incredible work that is undertaken in the community every day by our Foundation staff.

As we move into an exciting new era, it is imperative that you come along the journey with us. Everybody at this football club is extremely ambitious and have not hidden from the fact that Championship football is what we feel the city and you as supporters deserve.

The decision on season ticket prices is a difficult one, year on year and it is tough to strike a perfect balance. We recognise that we need to continue to grow our core fan base as we head into that exciting new era. For the second year running, under 12 season tickets are FREE in all areas of the stadium* and ticket prices for under 18s have been FROZEN.

As you can see from the table below, there has been an increase on other season ticket prices for the 2020-2021 campaign with the highest of these rises working at only £1.74 per game*. Whilst, any rise is difficult for supporters in today’s climate, we hope our work in growing this football club and building it for a sustainable future, is taken into consideration in our decision.

As anyone at Wembley Stadium in 2014 will testify, the Football League Trophy is a competition that can provide a memorable day out in the capital. This competition has given opportunities to our talented younger players, but make no mistake, it is always a target at the start of every League One season for us to be competitive and go deep in the tournament. We have decided a season ticket for the new campaign, should we remain in this division, will include access to any home group fixtures as part of the price.

Not only that, but as a season ticket holder you can obtain so many more benefits across the city thanks to our partnerships with local business and attractions. From discounts at Bills Restaurant, Bounce, Nene Outdoors and Escape Room plus many more, it really can pay to be a season ticket holder at the Posh! You can view a full list of exclusive discounts by clicking here.

For full information on Season Tickets for the 2020/21 season click here.

🎫 Remember there are three ways to buy or renew your Season Ticket for the 2020/21 Season: