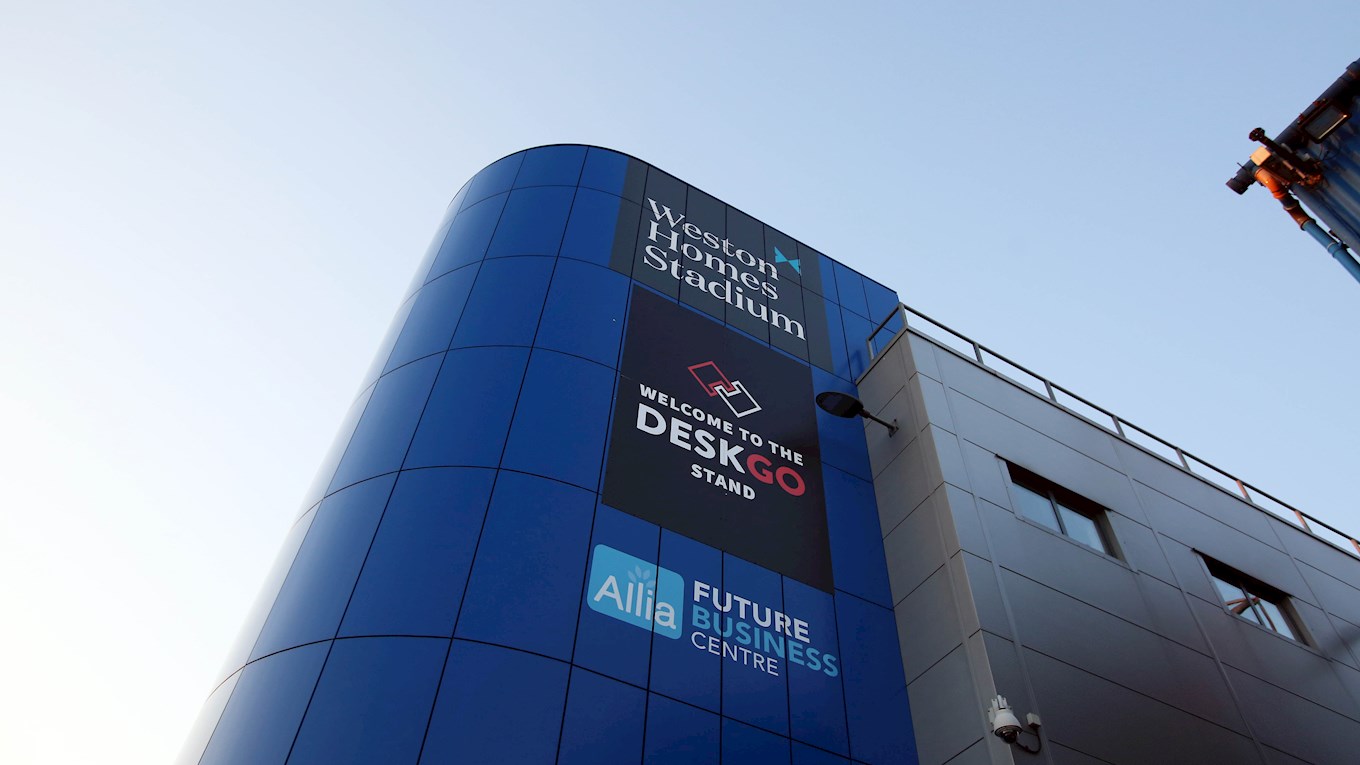 Peterborough United are thrilled to announce a new naming rights partner for our East Stand at the Weston Homes Stadium with Hampton based company ‘DESKGO’ signing a three-year deal to replace Motorpoint ahead of the new campaign.

DESKGO, based in Hampton, offer a cutting edge coworking space for freelancers, homeworkers, start-ups and established businesses. The flagship coworking space is a short walk or drive from home, shops and the countryside. Superfast wi-fi, resident desks and meeting rooms are all available and space can be reserved from as little as an hour at time. For more info and to book a tour visit www.deskgo.com.

Commercial Manager Alex Harris commented: “We are delighted to announce that DESKGO have signed a three-year deal and are excited to be working with such a forward thinking and progressive company. The deal will see the stand rebranded as the DESKGO Stand with lots of exciting initiatives planned for fans to get involved with in the coming months.  We would like to thank Motorpoint for their stand sponsorship over a number of years and look forward to developing new partnerships moving forward.”

Ariana Pampoulides, CEO at DESKGO commented: ‘Peterborough United Football Club plays such an important role within our city and we are delighted to work together as part of our official stand sponsorship. We recently opened our new coworking office in Hampton, so when we discovered there was a chance to sponsor the East Stand we jumped at the opportunity. Having been Executive box members for the past year we share a real passion for the game.

We hope this is the start of a long lasting partnership with Peterborough United Football Club and its supporters.

The East Stand is the most recent development at the Weston Homes Stadium and has been the home for many new supporters that have joined us through the Schools Initiative. The initiative will continue moving forward as the DESKGO Stand and we look forward to re-starting the project when it is safe to do so.