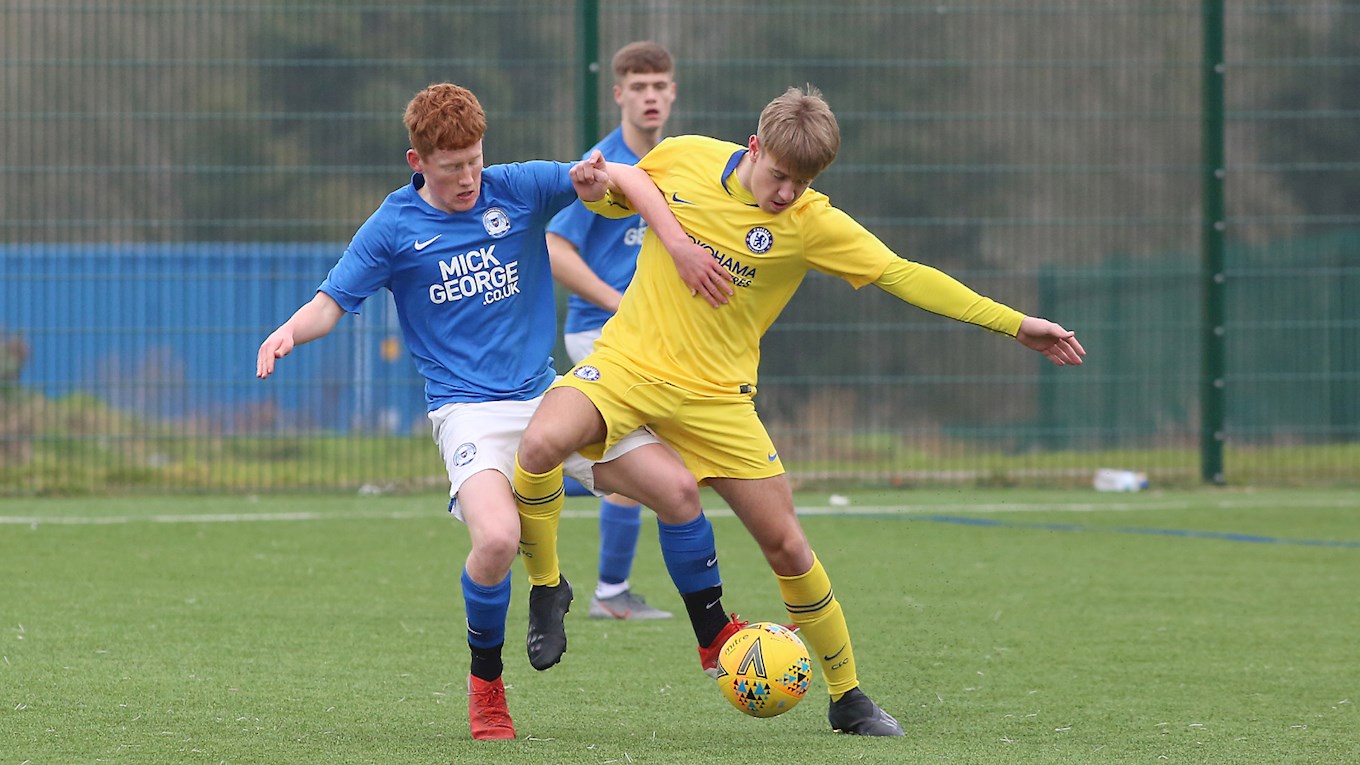 The scholarship programme recorded a hugely impressive victory over Chelsea in their latest fixture at the Mick George Training Academy.

After the festive period, Posh returned back to league action at the Mick George Training Academy against Premier League opposition in Chelsea looking to carry on their good form having ended 2019 on a high with a 2-1 win over second placed Brentford.

Posh started the game on fire scoring after 10 minutes. Ghag’s pass released Rowell who drove forwards and combined with Bagdonavic on the left hand side before smashing the ball into the top corner for his first goal of the season. Posh created more chances soon after through the front three but couldn’t extend their lead. Chelsea punished Posh for their wasteful finishing to make it 1-1 before half time after equalising from a defensive error.

After the break, Posh suffered a huge setback with Chelsea taking the lead after Posh again made their lives hard by giving away a needless foul and then failing to deal with the subsequent freekick. On the hour mark Posh made two changes with Carter and Goymour coming on and within two minutes Goymour made a massive impact in creating a chance for Blanco to strike on goal and although his shot was blocked, Bayly was in the right place at the right time to equalise for Posh.

Heading into the last half an hour Posh looked determined to win the game and managed to find the breakthrough in the 85th minute after great combination play between Braid and Palmer on the right hand side resulted in Palmer cutting the ball back for Braid to smash home.

With Chelsea pushing for a late equaliser, Posh finally killed the game off with a slick counter attacking goal with Bayly providing Carter a header at the back post.

Posh are now undefeated in three games in all competitions and head into an exciting game next week vs Norwich in the Quarter-Finals of the cup at the Nest.