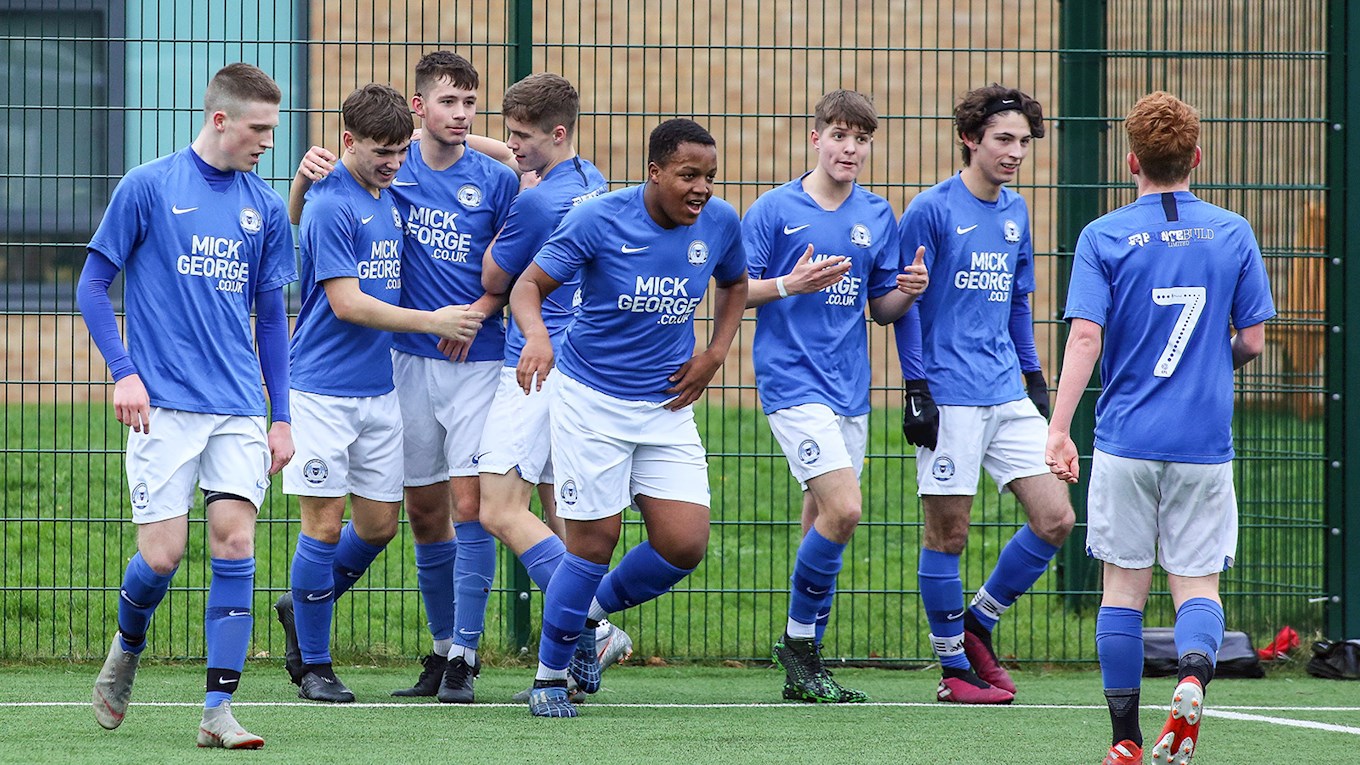 Scholarship Update | Posh A Into Semi-Finals Of Cup

The Posh ‘A’ team defeated Norwich City to reach the semi-finals of the cup following penalty kick success.

On Wednesday 29th January the Sports Scholarship A-Team faced Norwich in the quarter finals of the cup at the Nest, Norwich's multi -million pound hub. Having won last time out vs Chelsea, Posh came into this game unbeaten in their last three, looking to beat another Premier League side.

In difficult conditions, both teams started well with nothing to separate the two sides. After recognising that Norwich were leaving space in behind, Posh took the lead in the 18th minute after a long ball from Grypicz was flicked into Carter's path. From the left wing Carter did well to cut onto his right foot and smash the ball low into the far corner.

Posh didn't hold onto their lead for long with Norwich equalising from a cross within minutes of going behind. For the next 20 minutes before half time both teams continued to battle hard to go in at half time 1-1.

Going into the second half Posh made a change with Bagdonavic coming on for Muchina and straight away Posh looked to use their speed to get in behind Norwich's high line with Palmer now leading the attack. Bayly had a few chances to take the lead but couldn't find a way past the Canaries goalkeeper.

At the other end Norwich were asking questions of Posh's back four through crosses from either side. With the game looking like it would be heading straight into penalties neither side could snatch a late winner.

After winning the toss Posh chose to go first. Goymour and Baker missed Posh's first two penalties with Norwich taking an early lead. Bayly, Nevett and Blanco converted Posh's next three penalties whilst penalty hero Grypicz saved three of Norwich's next four to put Posh into the semi-finals where they will face Plymouth.

Next Wednesday Posh face Chelsea away in the league with the group staying overnight as part of their preparation for the game.