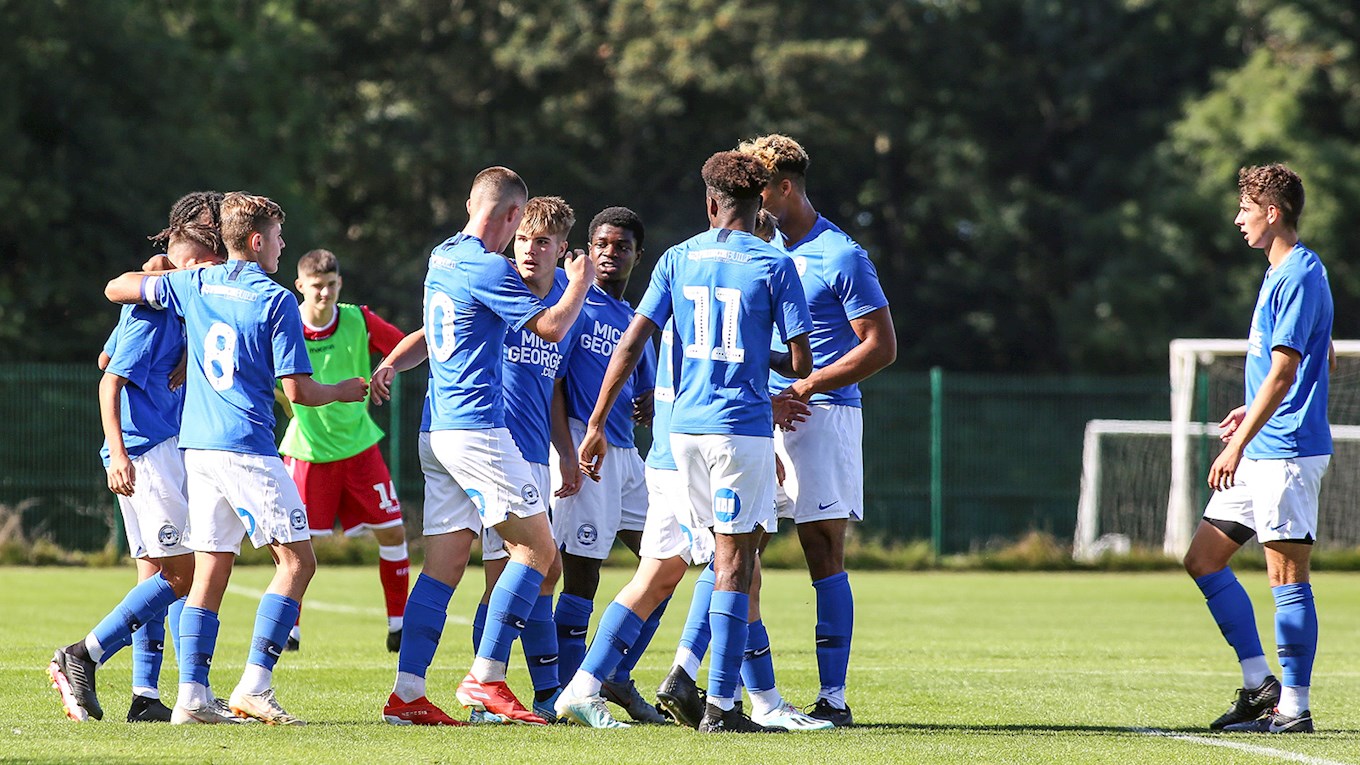 The Peterborough United under 18s secured the Youth Alliance League title on Saturday morning as a 4-1 success at Barnet coupled with nearest challengers Northampton Town failing to beat AFC Wimbledon saw Matthew Etherington’s men amount an unassailable lead at the summit with one game to go.

News of Northampton’s failure to beat the Dons filtered through to the Posh changing rooms 20 minutes after the full-time at the Hive sparking joyous celebrations led by skipper Archie Jones. “We were all buzzing,” the captain said. “It was a great place to be and everyone is delighted. We have worked really hard this season, there have been a lot of players who have helped contribute to the success and it is a really good achievement.”

The 4-1 win against the Bees was secured thanks to goals from Nathan Rudman (2), Brad Rolt and Flynn Clarke. Clarke netted his first goal since a long injury lay-off, heading home to secure all three points in the final stages.

“We were always in control, particularly in the second half,” manager Matthew Etherington said. “We got ourselves 1-0 up but were pegged back around 35 minutes into the game when they scored penalty but we managed to get ourselves back in front before the interval and in the second half we controlled the game.

“I am delighted for the players. We have used 21-22 players throughout this season. A number of players have been injured and obviously we have had players involved in the first team squad, which is great so it really has been a squad success this season.

“The players deserve a lot of credit and the support staff around them have been superb. It has been a real team effort. We are pleased to get a trophy, I think it has been a while since that has happened. We have one game left this season and then we go into Merit League One where we face some new teams from the South West region.”