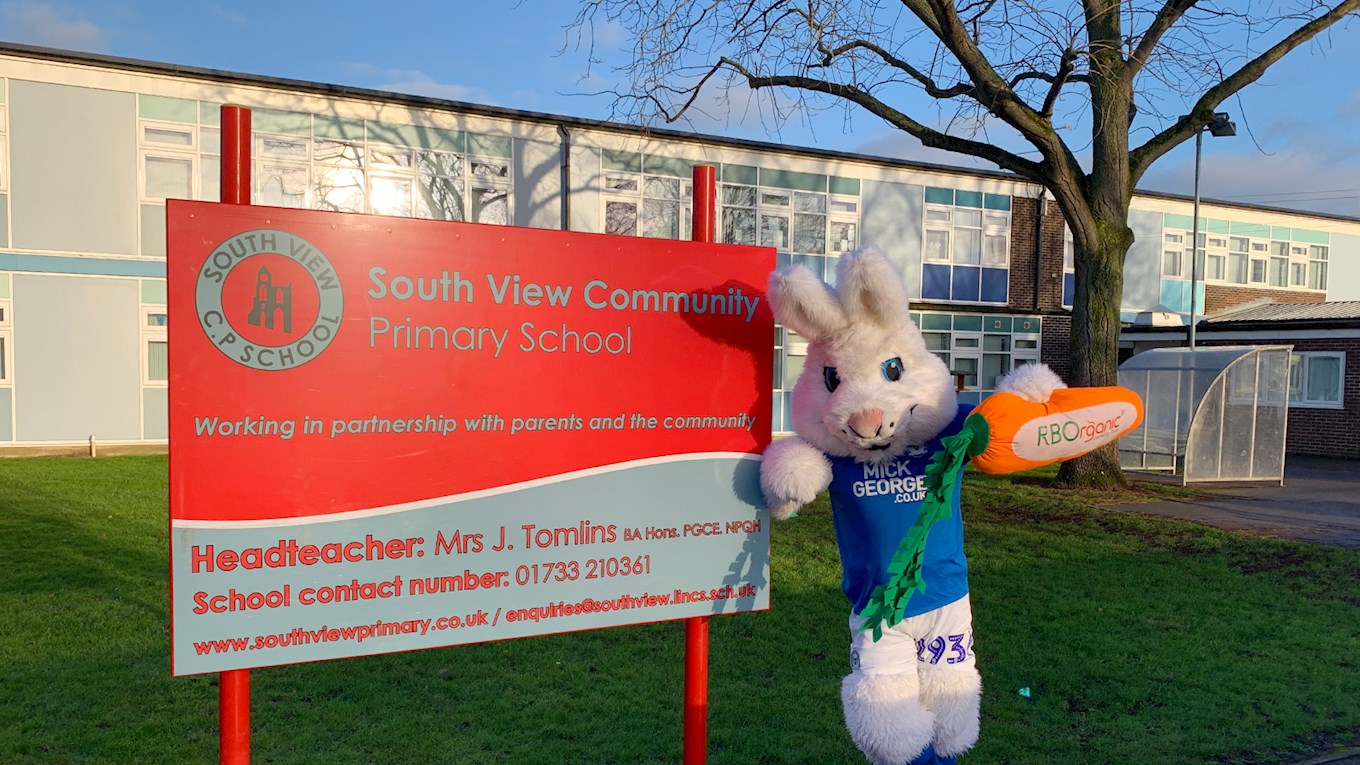 The Schools Initiative is back after the festive break with the football club delivering an assembly for South View Community Primary School in Crowland.

Mascot Peter Burrow was the star attraction as he participated in the 14-minute assembly which featured a short DVD, as well as plenty of other interactive features.

Every pupil in the school received a FREE ticket for a forthcoming game at the Weston Homes Stadium which also admits an adult free of charge. Press Officer Phil Adlam said: “The target was set at the start of the season to visit as many primary schools in the area as we possibly could and in the first half of the campaign we were pleased to visit as many as we did.

“Now the focus turns to the second half of the campaign and we were pleased to start at South View Community Primary School in Crowland. We received a wonderful welcome and we hope that the youngsters take up our offer and come and watch a game at the Weston Homes Stadium. We will be contacting schools across the area, so get in touch via phil@theposh.com if you would like a visit.”