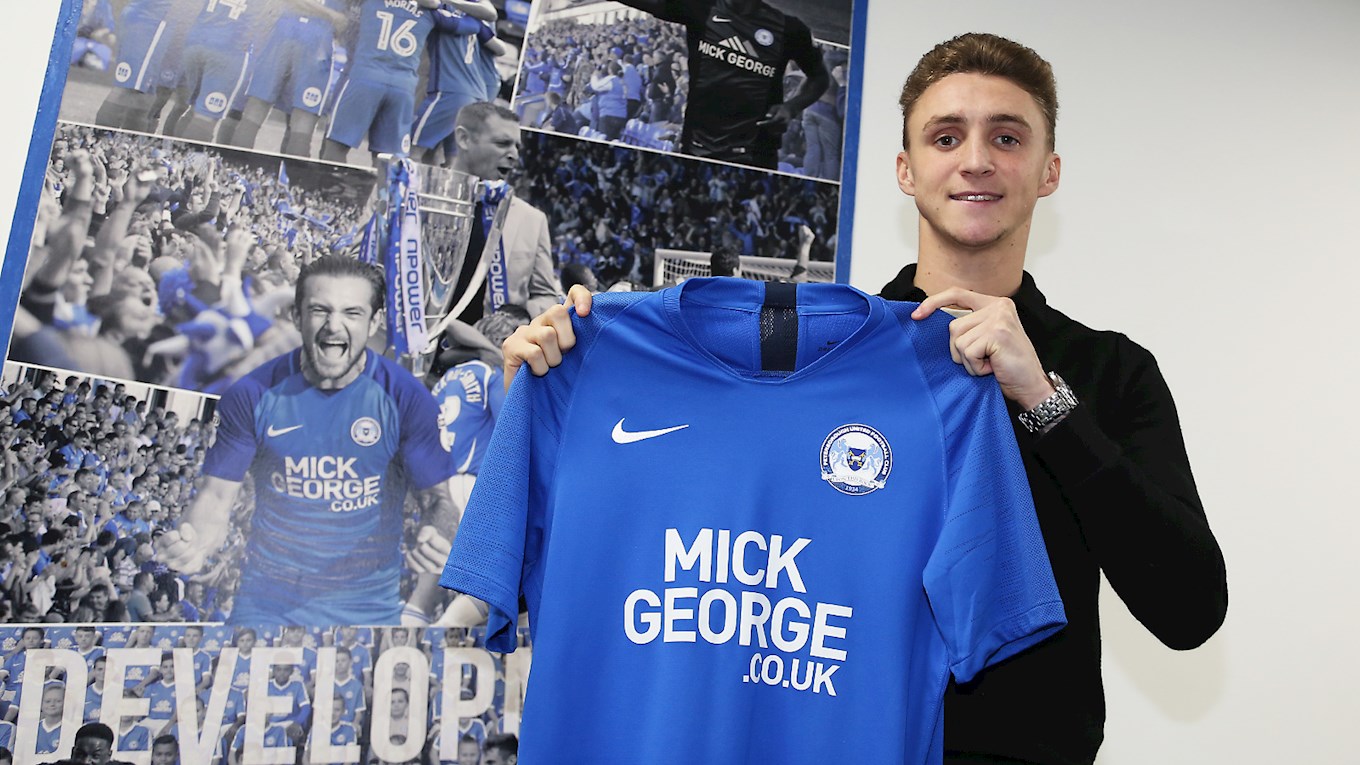 Peterborough United have secured the signature of highly-rated Barnet midfielder Jack Taylor for a fee of £500,000, which could rise to £1 million, with the 21-year-old penning a long-term contract at the Weston Homes Stadium.

Taylor, who has netted nine goals in all competitions this season, completed the paperwork at the Mick George Training Academy late on Monday evening and will meet his new team-mates on Tuesday. Taylor came through the Chelsea Academy and has represented the Republic of Ireland at under 21 level.

The 6ft1 midfield man has made over 100 appearances in the first team and has scored 15 goals. Manager Darren Ferguson was delighted to get the deal over the line. “Jack is a player that I have known for years, I tried to sign him for my previous club. It didn’t get done. It is a big signing for us. The boy is absolutely ready for this step-up.

“He can play in a variety of positions, a variety of formations, has a really good passing range, can score goals from midfield and plays off both feet. The two signings we have made in January have been very important ones, this is another one that we were interested in the summer so it shows we have been consistent in our targets.

“We couldn’t get it done in the summer, but I am delighted we have been able to get it done now. He has played over 100 games including a full season in League Two. He has developed over the years, he can sit in midfield or he can play further forward in an attacking role. He can play anywhere in the diamond which was a real attraction.

“We have been patient, we haven’t panicked and just gone out and signed anyone, Reece and Jack were the two that we wanted and we have managed to get them done. I am really looking forward to working with him.”

“I wanted to kick-on this season and it has gone okay for me. I don’t know anyone at the club so the first day will be about meeting my new team-mates and getting out there on the training ground. It is a good opportunity for me and I am really pleased to get it done,” Taylor said.

Taylor’s squad number will be confirmed in due course. Taylor could make his debut at the Weston Homes Stadium on Saturday when Posh face Gillingham in Sky Bet League One. Tickets are available for that game at www.theposhtickets.com, via the Ticketmaster hotline 0844 847 1934 (calls cost 7ppm plus your network access fee) and in person at the Weston Homes Stadium Ticket Office.