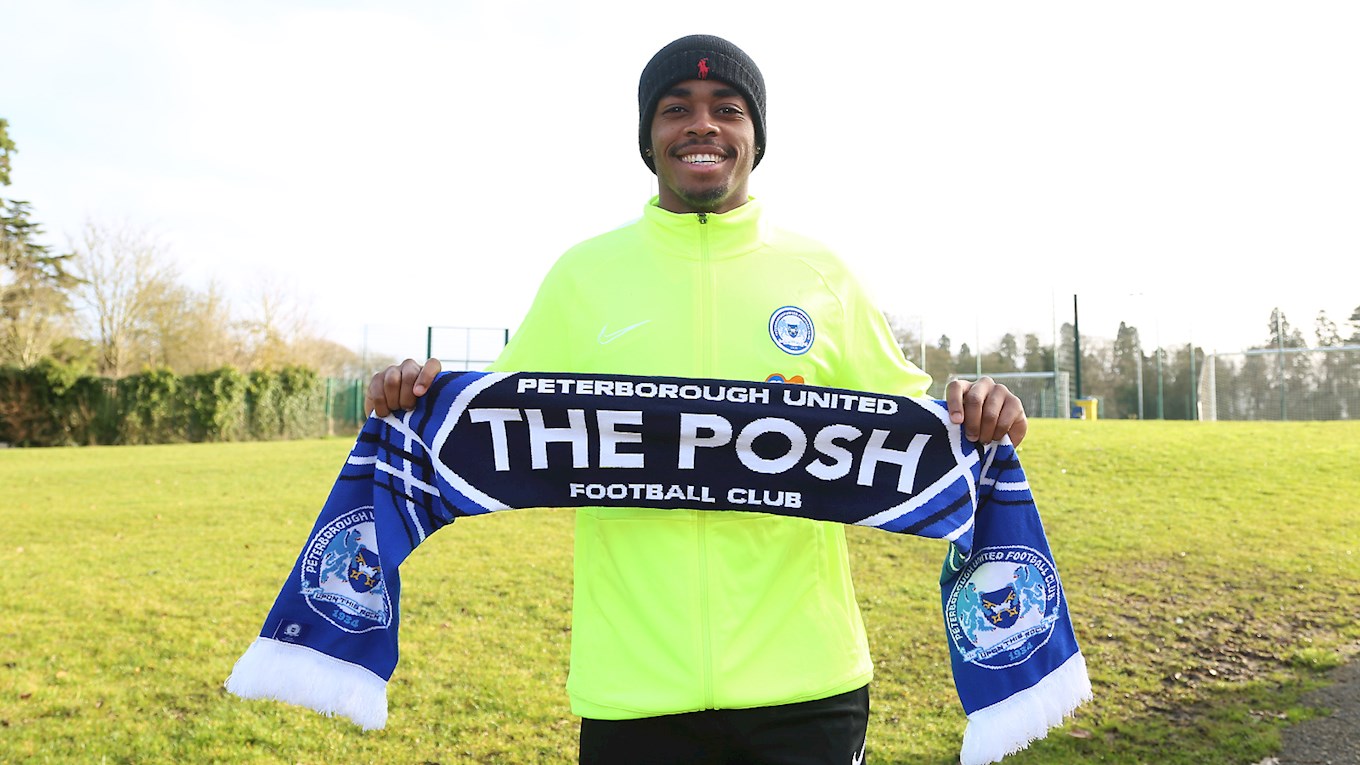 Peterborough United have strengthened their squad ahead of the Emirates FA Cup third round tie at Premier League side Burnley with the arrival of Huddersfield Town midfielder Reece Brown on a loan deal until the end of the campaign.

Brown (23) joined the Terriers in the summer from Forest Green Rovers but has only made a handful of appearances with the club changing manager’s only a month into his time at the John Smith’s Stadium.

He made 94 appearances for Forest Green during a two-year stay at the New Lawn, scoring 14 goals. Brown started his career at Birmingham City, making 20 appearances for the Blues in the Championship and cup competitions.

Manager Darren Ferguson was delighted to get the deal over the line and confirmed he will be in the squad for the trip to Turf Moor after training with his new team-mates on Friday. “We have tracked Reece since the summer. We tried to do business with Forest Green in the summer, but understandably he wanted to go to the Championship and to a team that had just been relegated from the Premier League.

“It hasn’t worked out as well as he would have hoped. They have had a change in manager so we have been consistent all the way with this one. It is a good signing for us, he scores goals from midfield, he is technically very good and we hope that he can improve us.

“He can play in a variety of positions, in the 10 or on the right side of the diamond. He can play anywhere really, the thing I liked about him is he fits in to a variety of different ways that we can play. He has a bit to prove and I am looking forward to working with him. I think it is important that we have stuck to what wanted to do, we were in for him in the summer and we just had to wait a little longer to get it done.

“I want to thank the chairman and the owners for backing us on this one and getting it done. We have been working on it for a while now and I am delighted to get it done,” Ferguson said.

Brown added: “I am pleased to be here. I am glad that it has been done early in the window and now I can concentrate on football. This move will hopefully enable me to play some first team football. Hopefully I can get that opportunity here. It has been quite busy, coming down, meeting my new team-mates, training, signing the paperwork, photos and an interview but that is part and parcel of moving clubs.

“The team are in a good position in the league, hopefully I can come and help that. I actually made my first appearance at Burnley’s stadium so it will be good to go back there tomorrow and let’s see what happens,” Brown said.

Brown will wear the number 12 shirt.