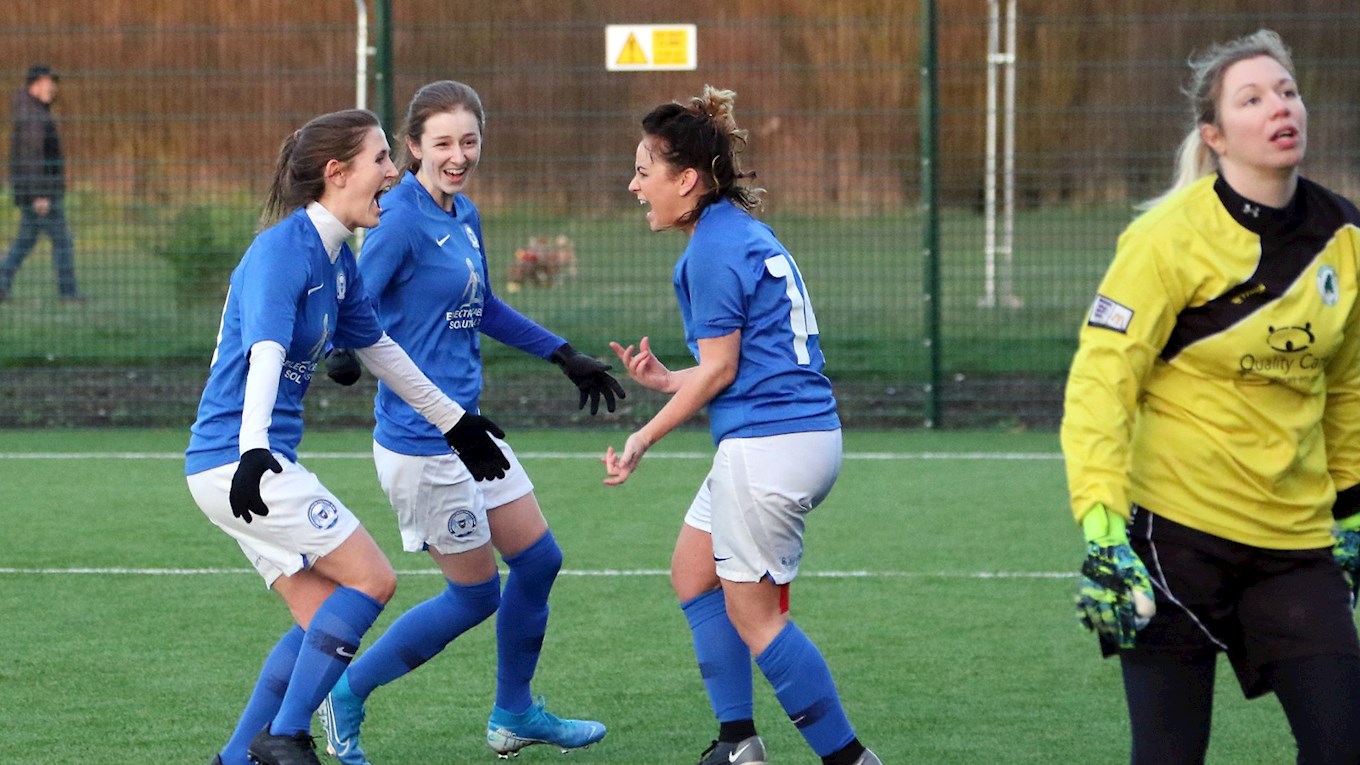 The Ladies first league game of 2020 saw them travel to Long Eaton, Nottingham to face Woodlands Ladies. The opposition had only played four league games this season but last week put their first points on the board with a comprehensive win over Leicester City.

It became clear very early what their tactics would be; a sole striker with plenty of pace being fed long balls to put the Posh defenders under pressure. Within 30 minutes they had found the net twice and they could easily have had four but for some erratic finishing and the excellence of Sophie Powell between the sticks.

Looking to go into the break two behind, Posh who had made several good chances themselves and pulled one back with Donna McGuigan steering the ball home from just inside the box It was more of the same in the second half as Woodlands attempted to play in their lone striker at every opportunity and on 65 minutes they were 3-1 ahead.

The game was to change with the introduction of Laura Beckett. A midfield reorganisation seemed to strengthen Posh and put real pressure on the Woodlands final third and on 70 minutes Hannah Pendred slammed the ball into the top corner to make it 2-3.

It was now against the run of play that Woodlands got their fourth, but this didn’t stop Posh pressing in the last 10 minutes to try and retrieve something from the game.

On 80 minutes, Pendred won a scramble in the box and poked home to make it 3-4 and unbelievably it was 4-4 on 88 minutes when Beckett let fly from 30 yards straight into the top corner.

Posh were rampant now and the comeback and victory was complete in the last minutes of injury time. Megan Parrett had been tormenting the Woodlands left back constantly and as she weaved her way into the box a rash dive at her feet by the Woodlands keeper brought her down, clear penalty.

Posh’s penalty master McGuigan stepped up under immense pressure and calmly placed the ball into the corner giving the keeper now chance. A remarkable game and a victory for Posh that had players and supporters celebrating just as hard as after last seasons County Cup win, this was a big three points.