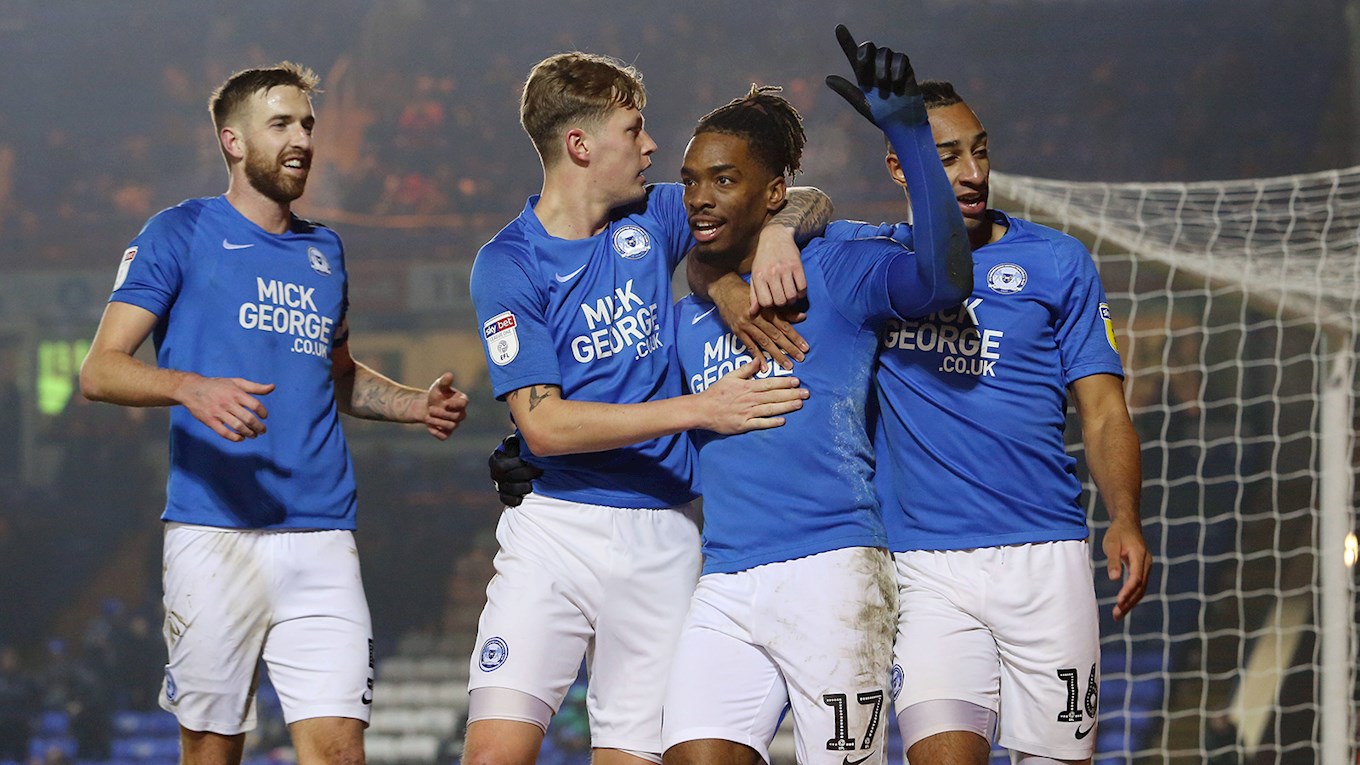 Posh eased to a 4-0 win over second placed Wycombe Wanderers at the Weston Homes Stadium.

Peterborough United clinched an important victory in Sky Bet League One as goals two goals from Ivan Toney, a first goal in Posh colours for Jack Taylor and a much needed strike from Siriki Dembele secured a thumping 4-0 win over Wycombe Wanderers at the Weston Homes Stadium.

Posh made a bright start to the game, playing some good football in tight areas and exploiting the width on either flank provided by Ward and Butler. They were rewarded for that early positivity with the opening goal and it came from the penalty spot, Toney nodding down to Szmodics who had made a good run off the ball and he was bundled over by Phillips.

After what felt like an age, Phillips was dismissed by referee Craig Breakspear and TONEY stepped up to coolly convert the spot-kick. Josh Parker fired over the crossbar from 25-yards after linking well with Akinfenwa on 28 minutes.

Dan Butler was cautioned for a foul in the centre circle. Kent saw an effort from 25-yards beaten away by Allsop while Taylor saw a shot deflected behind for a corner. Pym was well placed to keep out a stinging Bloomfield effort on 40 minutes after Akinfenwa showed his power by holding off two defenders to set for the midfielder.

Posh doubled the lead on the stroke of half-time and it was a superb goal started and finished by Siriki DEMBELE who ran at the defence, played a give and go with Toney and coolly slotted home with his left-foot.

Szmodics saw an effort kept out by Allsop and then the keeper kept out a close-range Taylor effort although the former Barnet man will be disappointed he wasn’t able to convert after Toney had done well to keep the ball in play.

Ward curled a free-kick over the bar deep into stoppage time before the referee brought an end to the first half. Toney saw an ambitious effort from just inside the Wycombe’s half claimed by Allsop before Akinfenwa glanced wide at the other end from a Parker cross.

Posh made it 3-0 on 56 minutes and it was another wonderfully worked goal, Jack TAYLOR finishing it off for his first Posh goal, stroking the ball into the corner after Toney cleverly dummied Dembele’s pass. Allsop did well to tip over a stinging drive from Szmodics on 59 minutes as Posh pushed for a fourth.

Beevers was booked by referee Mr Breakspear on 61 minutes for a foul. Toney headed over from a Butler cross on 64 minutes after a spell of controlled possession from Posh. Posh did make it four as TONEY kept his cool to side-foot into the roof of the net after Brown’s shot wasn’t sufficiently dealt with by keeper Allsop.

Posh introduced George Boyd and Ricky-Jade Jones as substitutes with Dembele and Szmodics the men to be replaced. Toney had the ball in the net again on 80 minutes, powerfully heading home a cross from Butler but the offside flag was raised.

Taylor saw a shot from the edge of the area go wide as Posh pummelled the Wycombe goal. Jones saw a left-footed effort easily saved by the keeper after a clever Toney back heel.