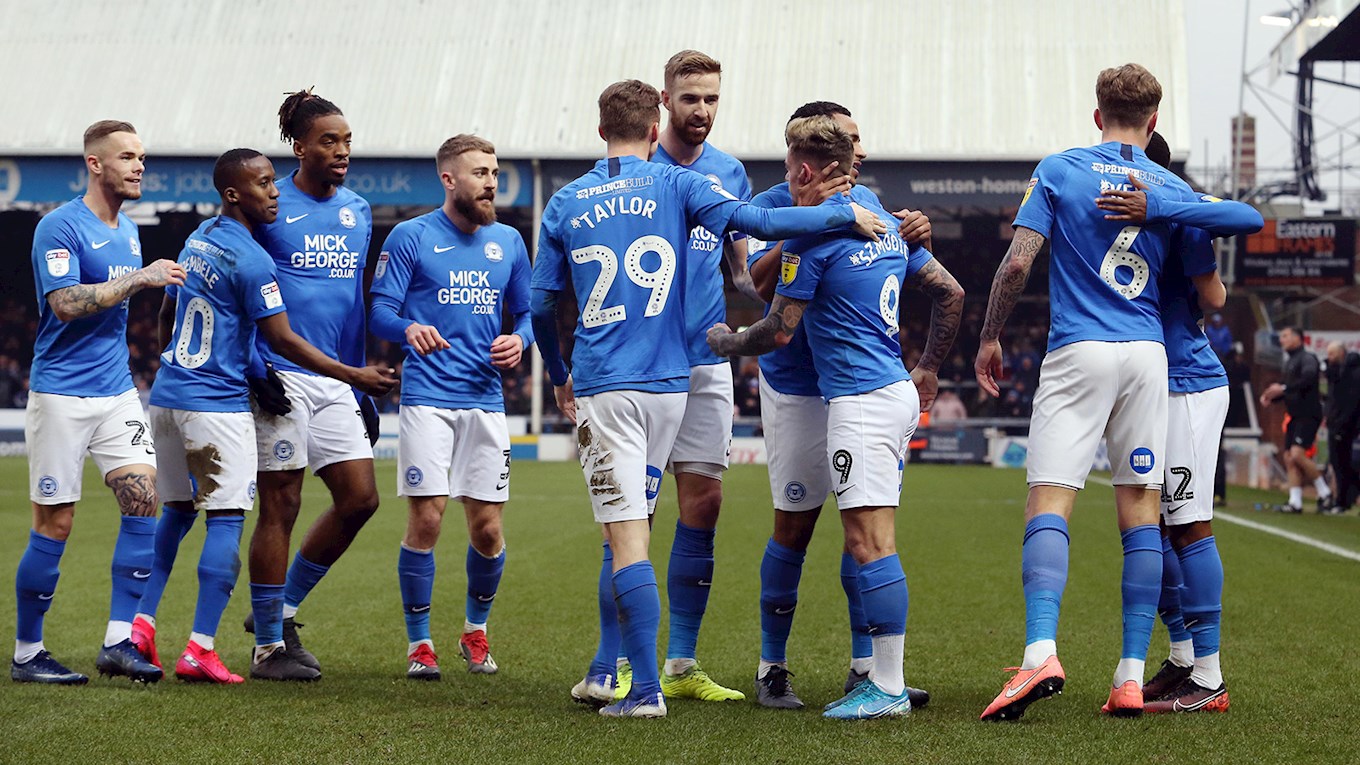 The league leaders followed second placed Wycombe to the Weston Homes Stadium and were also beaten in a barnstorming encounter.

Peterborough United followed up the 4-0 win over second placed Wycombe Wanderers on Tuesday night with a performance full of heart, desire, commitment and excellent football as league leaders Rotherham United were beaten 2-1 at the Weston Homes Stadium.

Posh opened the scoring inside the opening two minutes and it was a wonderfully quick counter attack, Brown’s clearance found Dembele, he took a superb first touch, dashed past his man and his cross found Ivan TONEY and from a tight angle, he made no mistake with his right-foot.

Taylor fizzed a free-kick over the bar on 17 minutes after Dembele was felled following a towering header from Toney. Posh doubled the lead on 23 minutes and you will do well to see a better team goal than what Darren Ferguson’s men put together, one-touch football, a superb assist from Dan Butler and a cool finish from Sammie SZMODICS for his first Posh goal.

Pym did well to tip over a fierce effort from Adelakun on 34 minutes but from the resulting set-piece, the Millers halved the deficit as IHEKWE fired home on his right-foot on the volley. Kent headed wide from a corner kick while Butler did well to block an Ogbene effort before referee Mr Oldham brought an end to the first half.

Wiles was cautioned for a foul on Dembele on 48 minutes by the referee. Iversen produced a superb stop to keep out a diving Toney header on 51 minutes as Posh came close to a third goal. The assistant referee on this near side was then unable to continue so fourth official Mr Cooper took charge of the flag.

Szmodics was cautioned for a foul on 63 minutes. Josh Knight replaced Brown in midfield on 68 minutes as Darren Ferguson made his first change. Dembele showed brilliant skill to lift the ball over a defender moments later, but his left-foot shot went wide of the target.

Pym produced a fantastic save diving to his right to keep out a towering Smith header on 72 minutes before Thompson needed lengthy treatment for a head injury. Szmodics fired over at the near post from a Jones cut-back two minutes into injury time.

Eight minutes of added time saw the Posh players dig in for the cause, throwing their bodies on the line, helped by the supporters, who could see the effort that was being displayed. Finally, the referee brought an end to proceedings and Posh had chalked up their second win of the week against the top two.